Skip navigation
All Places > Applications Prototype Lab > Blog > Blog Posts
Log in to create and rate content, and to follow, bookmark, and share content with other members.
This map illustrates (the very impossible, but intellectually exciting) scenario of the Earth standing still.  If the Earth stopped spinning, the only remaining force that could affect our oceans is gravity.  Oceanic water would migrate to the polar regions where the Earth’s gravitation forces are strongest create two large polar oceans.  In a few areas, such as the Gulf of Mexico, the ocean’s water would pool to form giant inland seas.

Following the global ocean shift, a new and enormous continent would form around the equatorial region.  The red line in the image below represents the global divide in hemispherical watersheds of the two great oceans. 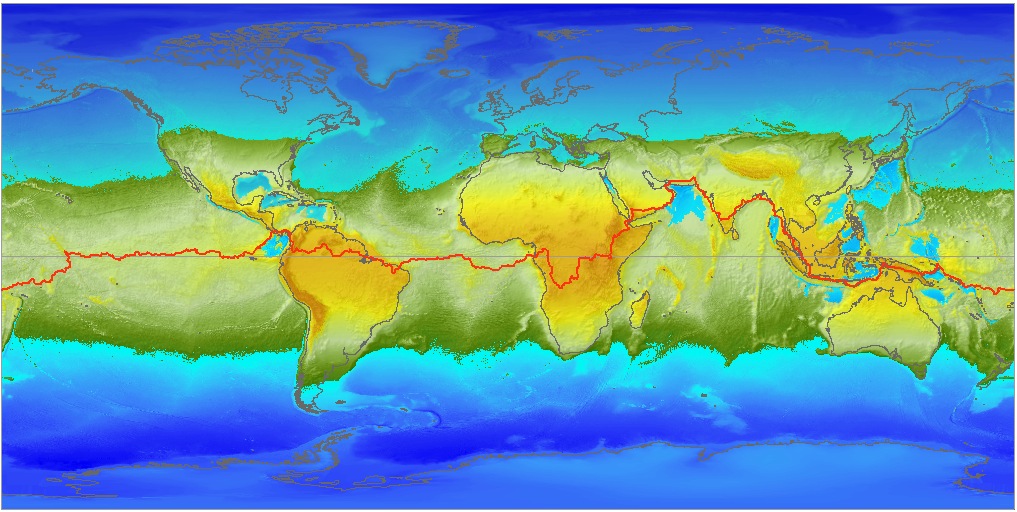 This content has been marked as final. Show 3 comments