This is the first time I have had a problem using a table-join between two sets of data whereby the resulting join lacks the values in each row from one of the tables despite loading in the columns properly.

I have two files, LineNetwork_Whole and modechoice_network as shown below. 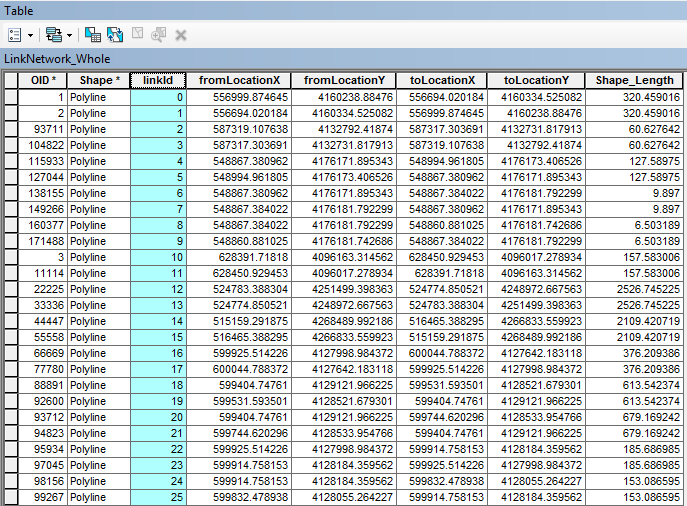 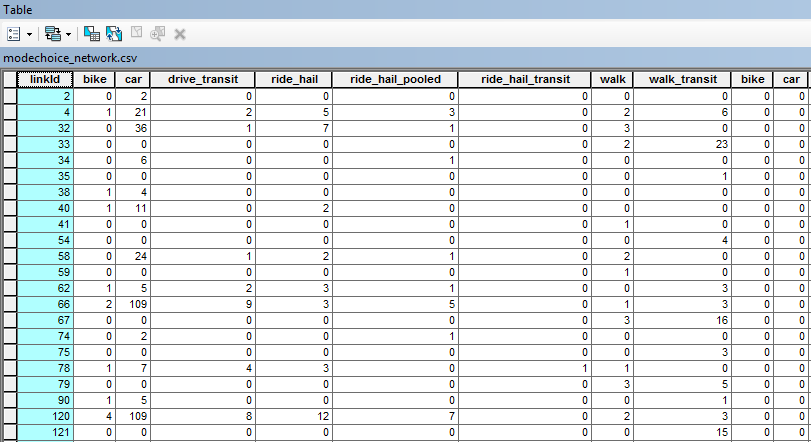 Shown here, they both have the linkId field. The LineNetwork_Whole file is a line feature class that I want to hold the mode-split values from the modechoice_network.csv table. 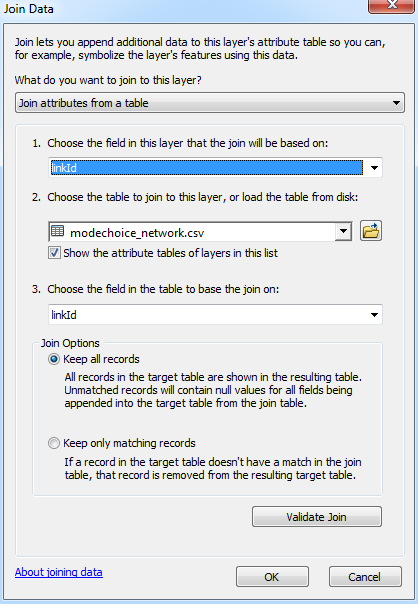 This was how I setup the table join. However, the resulting attribute table shows the following :

This image was the exported line feature class after the table join, though, the table join itself was the same. The LinkId matches and if referenced against the modechoice_network.csv it shows that LinkId-2 should have a total of 2 cars. Instead all values that should hold some number of vehicle choices are shown as zero. I made sure to format the cells in Excel as number and there are no known special characters in the data set.

I really am at a loss!

Any help would be greatly appreciated.

CSV files are notorious for formatting difficulties, regardless of what you tell Excel to do. Your best bet is probably to import the .csv file into the same database that your line file is, making good and sure that fields in the .csv file are mapped as integer types (because they might all come in as text strings), and then join it to the linkNetwork file.

This content has been marked as final. Show 2 comments