Recap of the 2020 Esri Science Symposium

Many thanks again to those who attended the Science Symposium as part of the 2020 virtual Esri User Conference. Your participation made for the greatest event ever, with 1183 attending from at least 20 countries....

... and the amazing keynote address by Katharine Hayhoe generated 140 audience questions and comments within Slido, as well as some great audience responses in terms of polls and word clouds within Poll Everywhere! 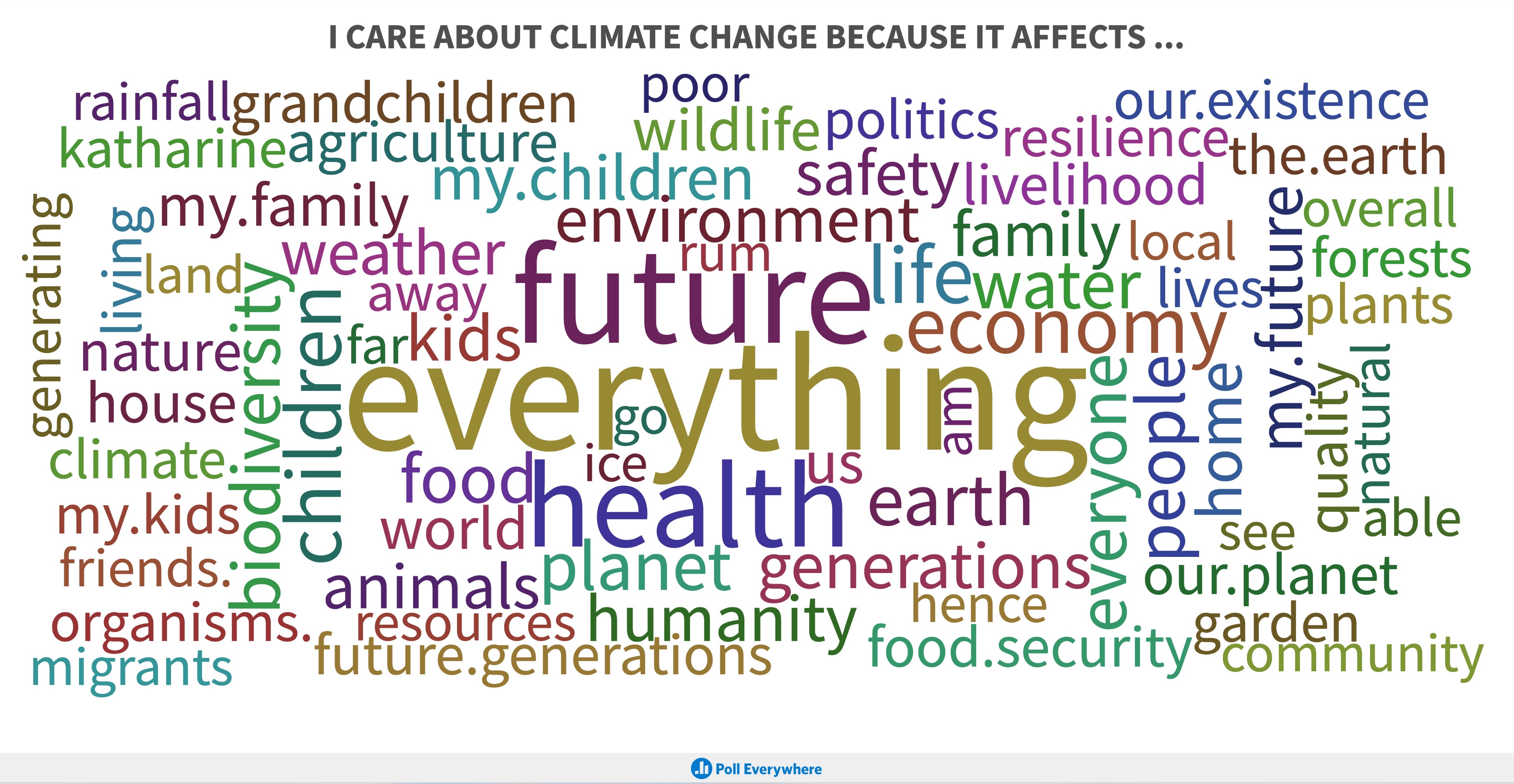 We, of course, were not able to get to all of the questions, and Katharine and I recorded a second podcast between us (Climate Change is Here and Now) as a way to answer a few more of the remaining questions and take on related issues. This podcast was released in mid-November and was also announced via @khayhoe, @deepseadawn and @GISandScience on Twitter, as well as LinkedIn. See also our first podcast, Climate Change: Science, Solutions, Hope, released in June.

We are pleased to share with you these items by way of Science Symposium followup:

Next year's keynote will be delivered by NatureServe Chief Scientist and Vice President for Conservation Healy Hamilton!

Thanks again and we hope to see you next year!

About the Author
Dawn was appointed Chief Scientist of Esri in October 2011 after 17 years as a professor of geography and oceanography at Oregon State University. As Esri Chief Scientist, she reports directly to Esri CEO Jack Dangermond with a mission to strengthen the scientific foundation for Esri software and services, while representing Esri to the national and international scientific community. Dawn maintains an affiliated faculty appointment as Professor of Geography and Oceanography at Oregon State. Follow her on Twitter @deepseadawn. More info. also at http://esriurl.com/scicomm and http://dusk.geo.orst.edu.