A place holder for RHUG discussion topic in August and September meetings.

Additional information posted on another community board. (added 8/16/2022)

Would be interested to hear about database maintenance on a branched versioned egdb. Our traditional enterprise databases are regularly compressed and reindexed - is this process the same, are there other steps for general performance improvement, etc.

Esri Contributor
The compress operation does not apply to branch versioning, you still want to properly maintain indexes and statistics (analyze) as needed per the apps and workflows using and managing the data. The Geodatabase team will be attending the September RHUG meeting to dive deeper into branch versioning. 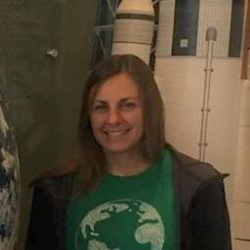 Questions mentioned in the August RHUG meeting for the geodatabase team:

"If we have archive features (the history tables) in ArcMap R&H. Are they migrated, in what form or tables the new contents are stored post migration?"

"Will the branch archives be in the *_H tables in the database?"

The bullets below are some concerns about branch versioning summarized after talking to some RHUG members.

The process for editing routes by some R&H clients relies on a three-tier versioning model as below that is based on traditional versioning.

At Tier 3 multiple editors can simultaneously perform edits to the networks managed in R&H; at Tier 2 there are at least one person performing QC and then posting and reconciling; additional QC may also occur at Tier 1 or the Default version.

This three-tier or plus versioning model is a typical configuration for the R&H User Group (RHUG) members that had deployed R&H before the ArcGIS Pro based R&H extension became available and functionally ready.

A workaround solution for implementing the complete set of requirements for QC in the ArcGIS Pro based R&H environment will simplify the process for such RHUS members to migrate and speed up the migration.

Current efforts to implement system integration are based on traditional versioning.  The AgileAssets’ LRS Gateway is a typical example.

Without traditional versioning in the ArcGIS Pro based R&H environment, those RHUG members that are working on system integration may have to extend their effort tweaking and testing their solutions in the new environment, which is a risk that the members may have to take.  It may further delay the migration from ArcGIS Desktop to ArcPro for such RHUG members.

In the ArcGIS Desktop platform, such ArcGIS products as Workflow Manager and Data Reviewer can integrate well with R&H so certain workflows can be set up and executed in a seamless way. Some RHUG members (for example, West Virginia DOT) have their R&H editing workflow configured with the three applications integrated.

In the ArcGIS Pro platform, the R&H extension is service oriented, so how will it integrate with Workflow Manager, Data Reviewer, and other ArcGIS applications?

The branch versioning in the ArcGIS Pro based R&H environment means that there are only two levels of versions. In the case that there are many concurrent child versions or simultaneous editing activities (we don’t know yet what the breakpoint would be before a chaos should happen), the likelihood for mistakenly committing a change by any of the child versions to the default version, which must be set to public, would increase considerably. This may imply an unexpected increase in the roll back of the R&H transactional database.

To reduce the risk, RHUG members will probably have to increase the frequency of backing up the R&H transactional database and be prepared to redo those impacted editing jobs.

One example is how to utilize a script to read the default version data from the R&H transactional database.  Compared to the ArcGIS Desktop based R&H environment, in the ArcGIS Pro environment there does not have Add/Delete tables anymore; all changes occur in the base table; all user edits are in one table with the BRANCH_ID defining which branch version is being edited.  The example illustrates the script should be updated before it can function properly again.