I write the following script that it doesn't run

could you help me? 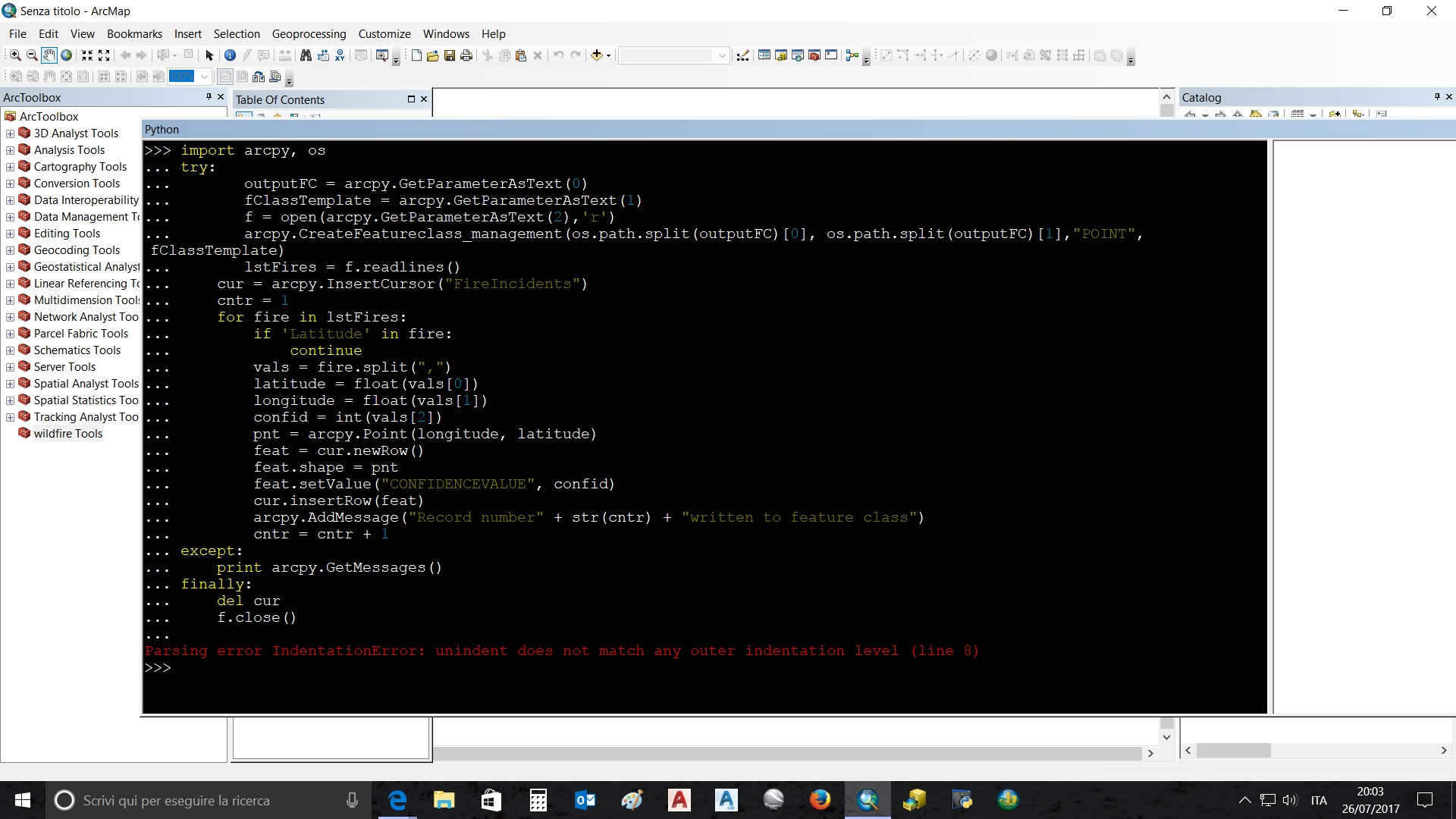 post the contents of the script rather than a screen grab

see Code Formatting... the basics++ on how to do this

The error message is fairly clear, you have a parsing or indentation issue on line 8.  Go back and double check your spacing, and posting the code as Dan suggests would also help people comment on specific issues, like indentation.

and posted it according to "script site rule"

Getting indents perfect in Python can be a real pain. If you dont' use an IDE (like IDLE or PythonWin) I suggest using a nice text editor like Notepad++ to convert tabs to spaces, match parentheses, etc.  I use Wing and have found it worth the money but there are many free options too.

I have general comments for you that I think will really help you.

If you feel you need to put a lot of code into try blocks then use more than one try block!

Usually it's better to have the script abort because you coded wrong (for example an uninitialized variable) than to have it jump into an except block, hiding the actual problem. (You get a generic ESRI error message instead of a syntax error)

You can use more than one try except block, and don't put code inside blocks that you think is perfect - it's better to have some stupid typo stop your code than to have it hide inside a try-except block.  In my example I put fc = "FireIncidents" outside the block.

except Exception as e:

If you run this you get

This is much more useful, now I know I forgot to define my dictionary "d" or I typed its name wrong.