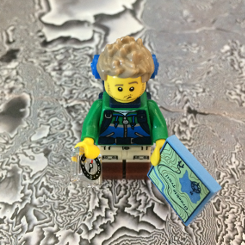 I have a script that runs SummarizeWithin() as a step in the analysis process. If I pass it paths to feature classes within an on-disk gdb for the input and output data it runs fine, but if I try to use "memory" datasets ("memory/in_points" and "memory/out_hexes"), it fails with "ERROR 000187: Only supports Geodatabase tables and feature classes".

Does SummarizeWithin() not work with "memory" datasets?

Good catch on the slash, and that is how I understood "memory" to work- pretty much a drop-in replacement for on-disk datasets (but with some limitations as noted in the docs).

However, SummarizeWithin() is still failing on me with "memory" output feature classes. It works with on-disk or memory source points but fails if I use a memory destination.

I've been testing in a stand-alone script and also in iPython, both in a conda environment created via miniconda and arcpy installed via conda install arcpy -c esri.

The only thing you might try is MakeTable in memory first, then use it.

I was using memory to avoid having to clean up a bunch of intermediate files, but I've built a workaround with a temporary GDB that I can nuke when I'm finished. I'll stick with that until I have time to troubleshoot more. Thanks for the suggestions!