I am using ArcGIS Pro 2.7 and I am currently working on creating layouts with geocoded data points. The data is stored in csv-files, after creating a feature class from this a new layer is created using a python toolbox. When introducing a graduated colors renderer data points overlapping each other are stacked in arbitrary order (as far as I understand based on the order they were returned from the database).

In ArcGIS Pro, what I have been doing to dictate the order in which data points are drawn is the following: Enable Symbol layer drawing and rearrange the different symbol layers using drag and drop in the layers symbology.

Trying to automate this using a python toolbox, my idea was to edit the layers CIM definition to achieve the same result: 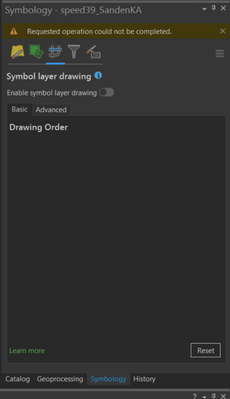 Since this is my first post in this forum: did this question end up in the right spot?

Am I missing something here?