I am beginning to wonder if the reluctance of people to install packages using conda has to do with the interface.

The Package Manager in ArcGIS Pro pre  2.2 was a nice addition, although a poorer incarnation than the Anaconda package manager... but kudos for putting one in the software for those that like to keep everything together.  Esri pulled the rug out in Pro 2.2 when the killed the Package Manager from doing anything useful.

If you don't want to use conda through the recommended channels and interface.... how about using it in Spyder's IPython Console?

So rather than explain how to install packages using conda... which I have done elsewhere... I am going to focus on how to make the proenv.bat file aka this 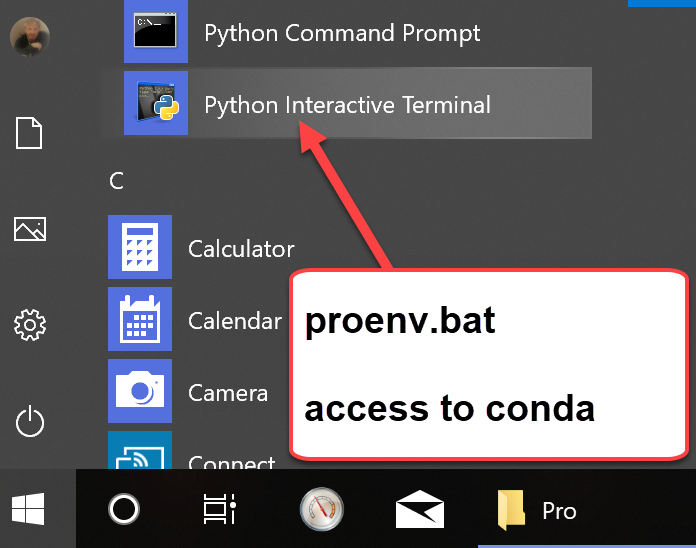 Which is really a shortcut to this!  (sneaky sneaky!)

When you get there, this is what you see... dark... bleak, uninviting and for some, just plain scary! 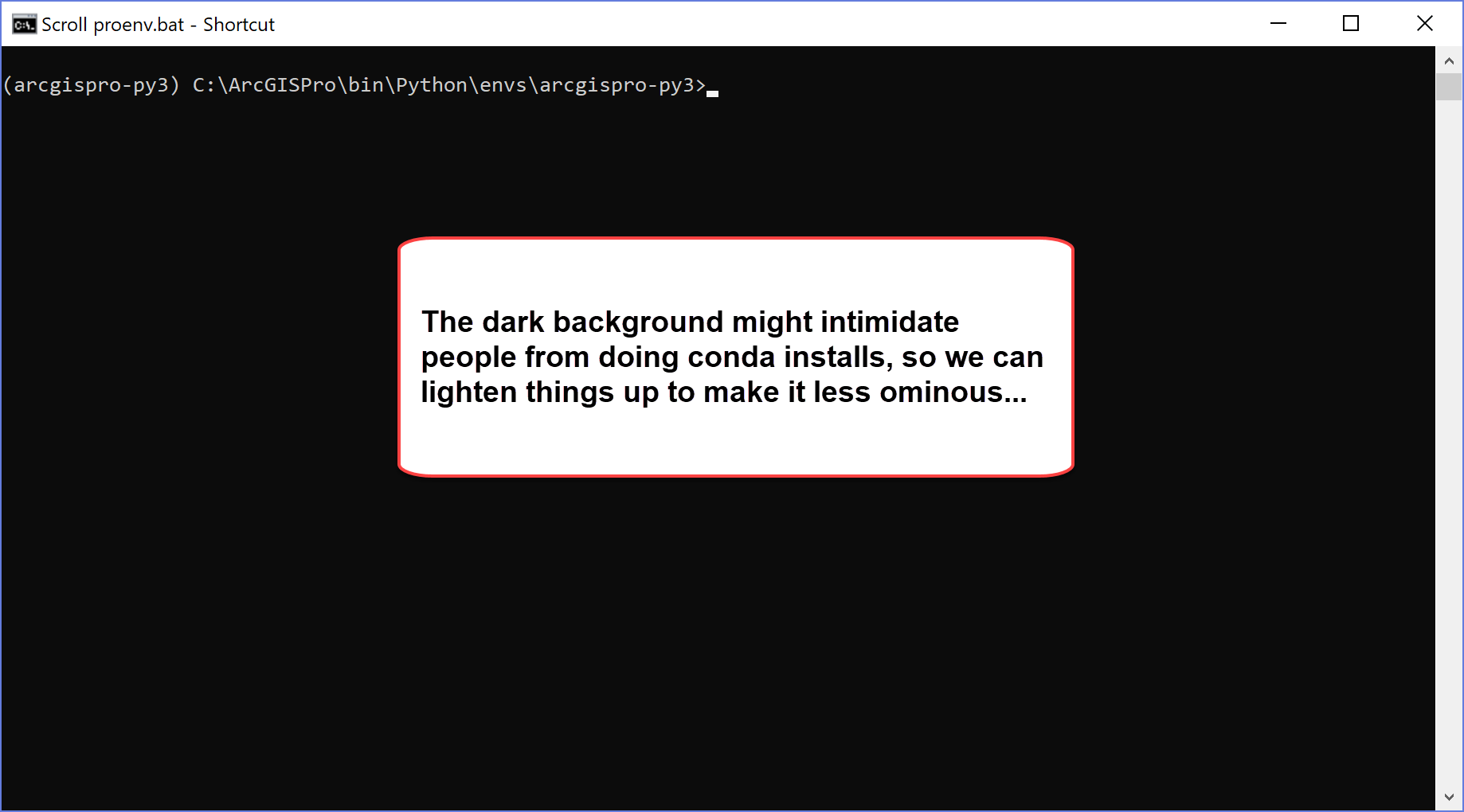 Right-click on the windows top area to bring up the context menu, and select Properties

Now away you go... start with the cursor size 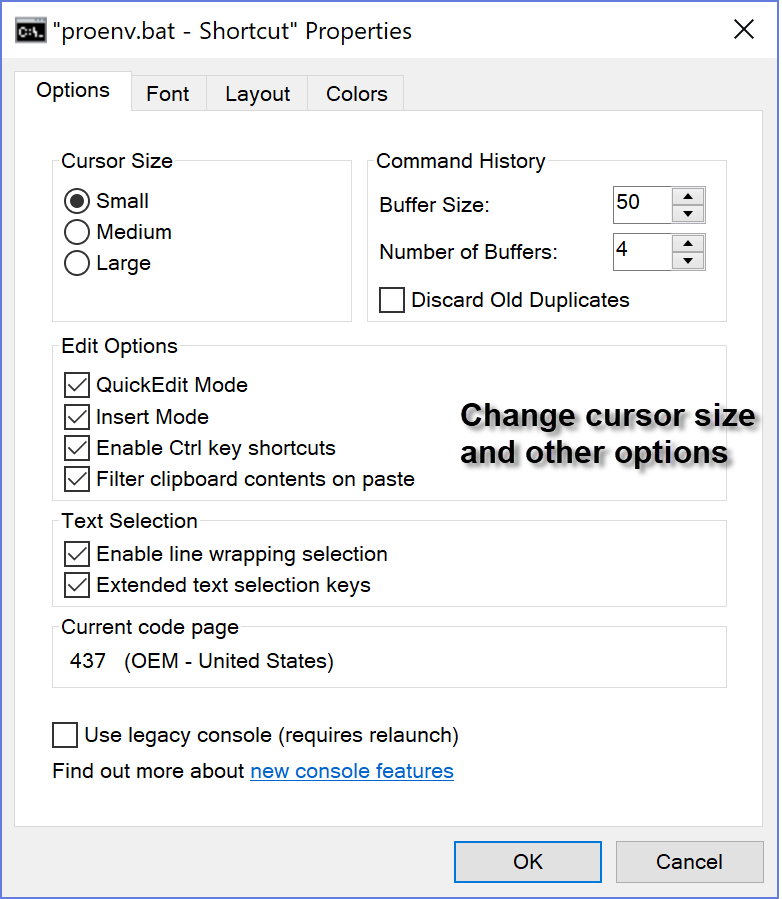 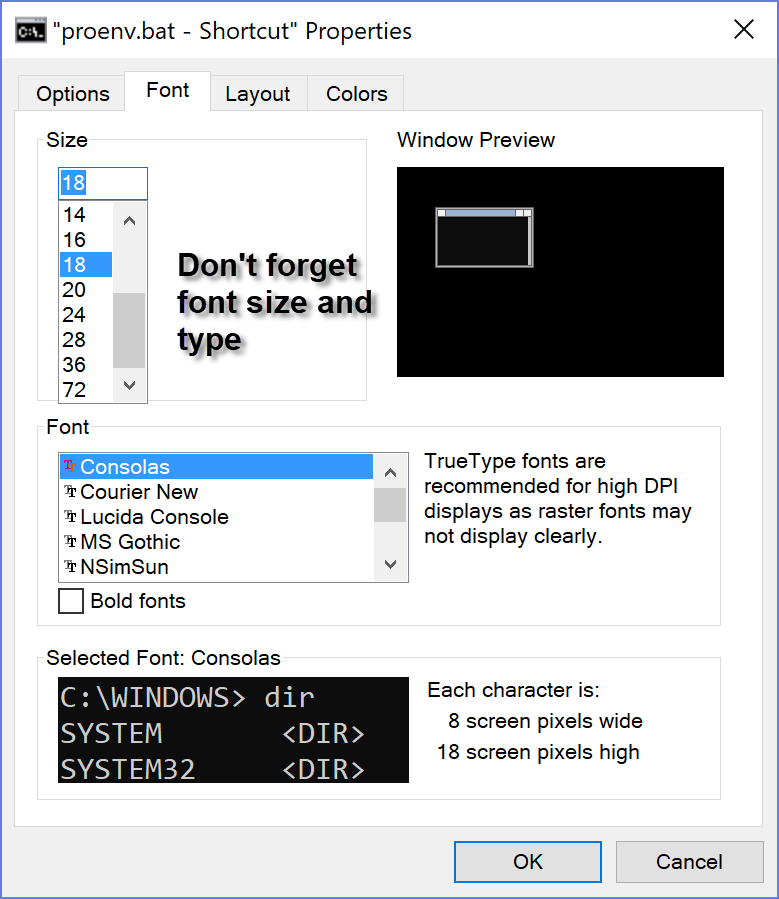 Fussy where and how it appears on opening??? 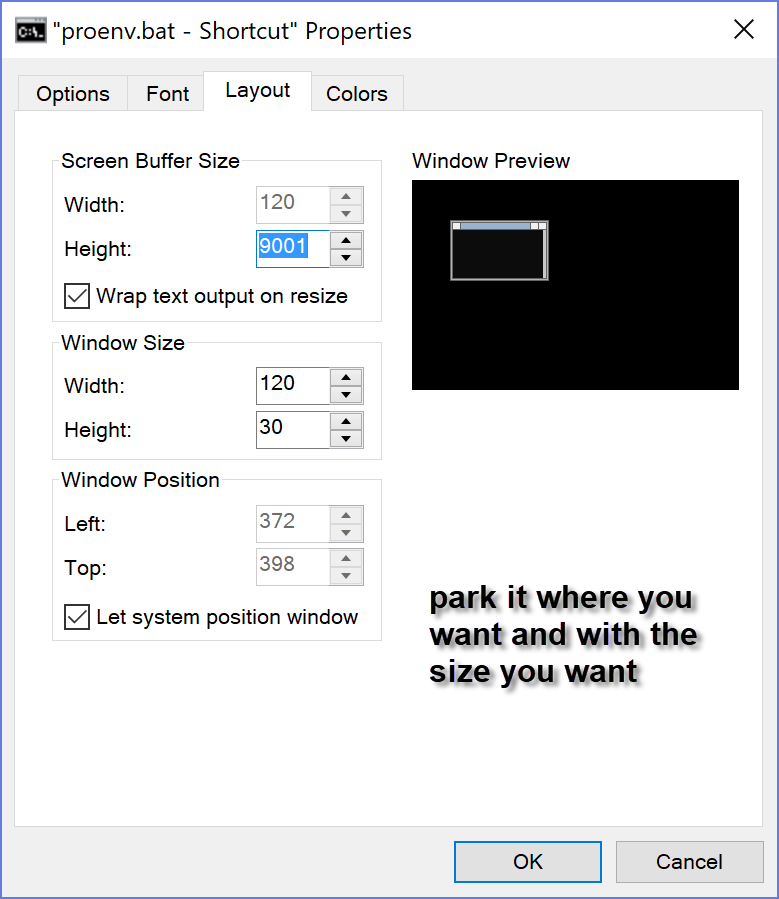 How about those colors!!! less intimidating???

Now don't waste too much time... Dr Google has RGB listings for your favorite colors.  FYI  Just don't set background and text to the same color... but if someone did.. you would know how to fix it to continue doing conda installs 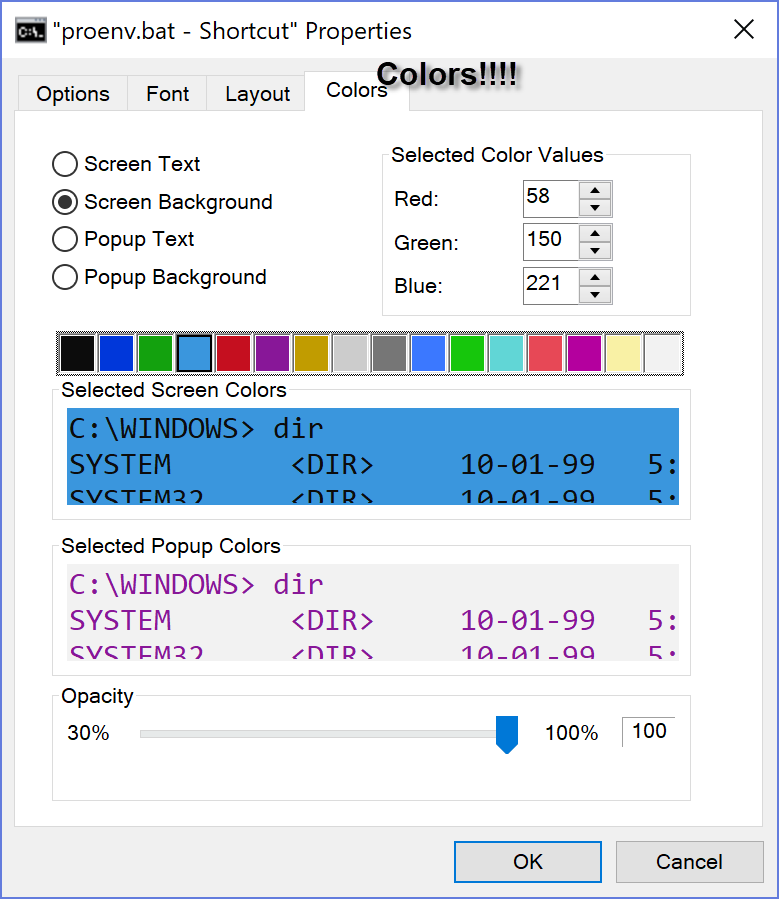 Too lazy to close windows... make the window opaque.

The final wrap... ready for you

And don't forget to install your packages.