Once again, functionality that is normally restricted to the Standard or Advanced ArcGIS Pro license.

The implementation here is largely based on Welzl's algorithm.

Another container.  I did the rectangular ones, now the circle, then the ellipse.

Still, numpy, python and arcpy all play nice.  Check out the code.  All seven tools are implemented in one toolbox and controlled by one script.

A circle is implemented as an ngon with 180 sides (2 degree increments) as polygons.

I could have put in a bunch of options in the tool to select the density and output type, but students (and others) wouldn't learn to 'tweak' code.  You can always do your own toolbox or use esri's 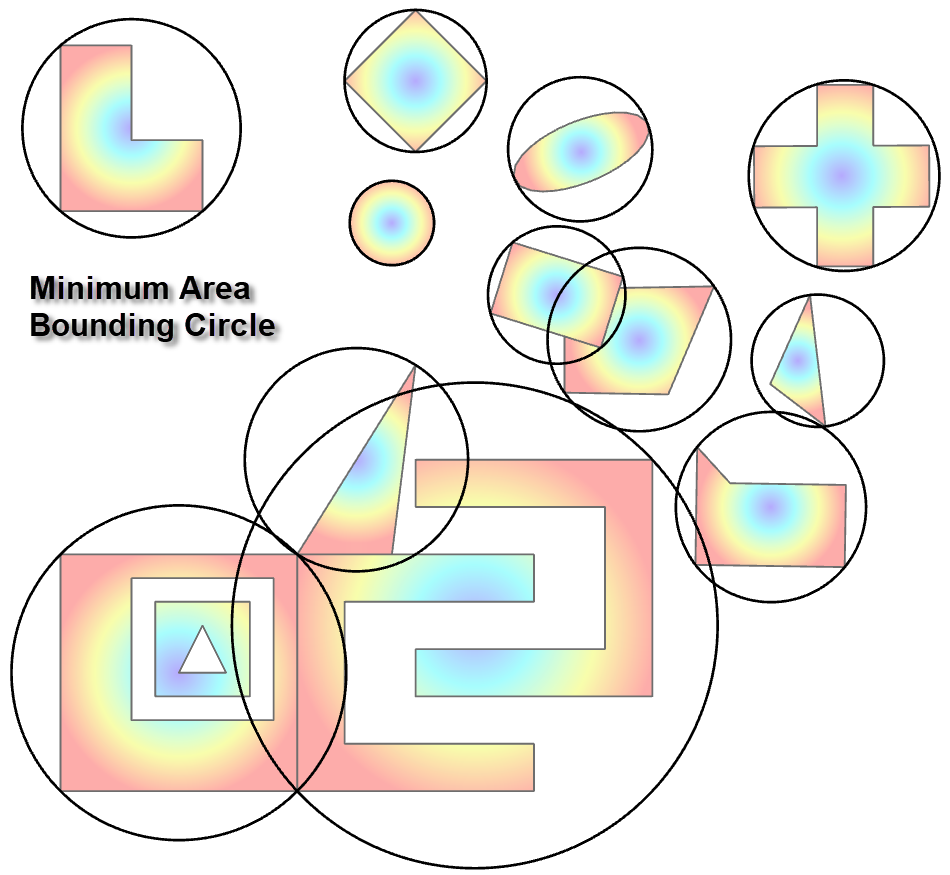 I have code that checks the validity of the file paths.  If you input or output paths contain spaces or other flotsam, then the tool will not produce any results.  Why?  Too many questions where file paths are the problem.  I won't 'enable' the current practice

You can copy the contents of the folder on my GitHub pages.  No fancy install, just create a folder, throw the stuff in, load the toolbox and give it a try.

Got any geometry related or analysis tools you need implemented? let me know