Probably one of the first things you did in a GIS class.

Select all the fast food outlets that are within 1 mile/km of a school.

To the rescue... a little buffer, a selectorama, intersect, spatial join... whatever.  At some stage you have used buffers for spatial delineation either by creating one as a feature layer, or virtually when you select things within-a-distance-of.

So initially I thought I would just show the geometry created by buffering a simple shape or two to show the point densification on the outward corners.  In the old days a buffer around a point was represented by a 36-sided circle, if you like, an n-gon.  Pretty good if the buffer was small, but seriously lame when the buffer radius was very large.  Crrrrankout a buffer on a shapefile to see what I mean.  Many a line of code was written to approximate a true circle.  Now you can.

But what about a buffer?  The outward corners have that circular appearance, maintaining the offset radius (aka the buffer size) from the line work.  One would expect teeny-tiny circular arcs to appear in the geometry representation.  At worse, perhaps an n-gon representation of the arc.

Not so.  Here is a square green polygon being shown in Spyder with the arcpy's new svg display.  Pretty cool, but I like my numpy array version better (in red)

In both cases, the coordinates are held in an array of some kind as in the above.

In the example p_0 is the arcpy.Polygon and p_0[0] is the slice of the first object within... an arcpy.Array of arcpy.Point objects. 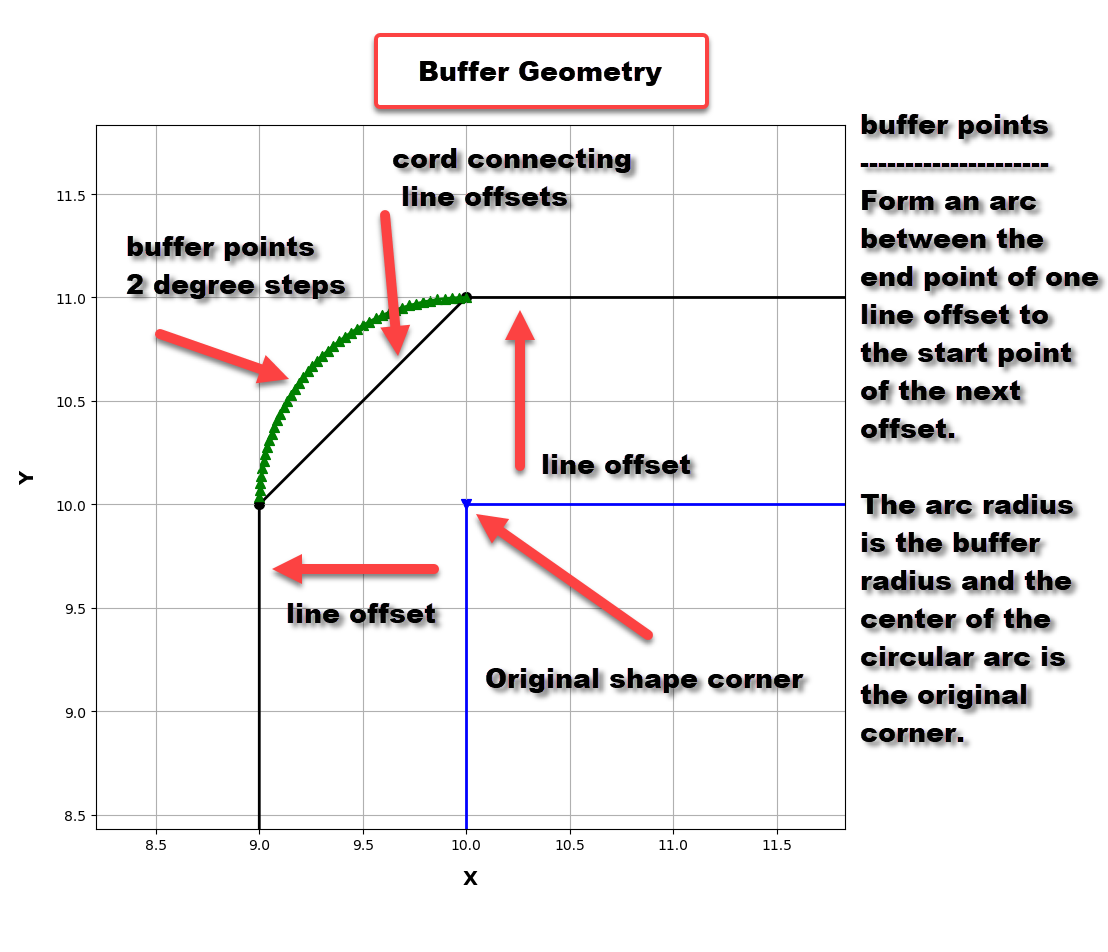 As expected.  I created the rounded corners for the numpy-based Geo array.  In the example below, I plotted the SVG corner points and the Geo array points.  An angle of about 5 degrees (give or take) is used by both.  Smooth enough and you can account for area calculations if you know number of outward buffer corners, the total angular passage and the number n-gon shape.  Or just use arcpy's Polygon methods to get the area. 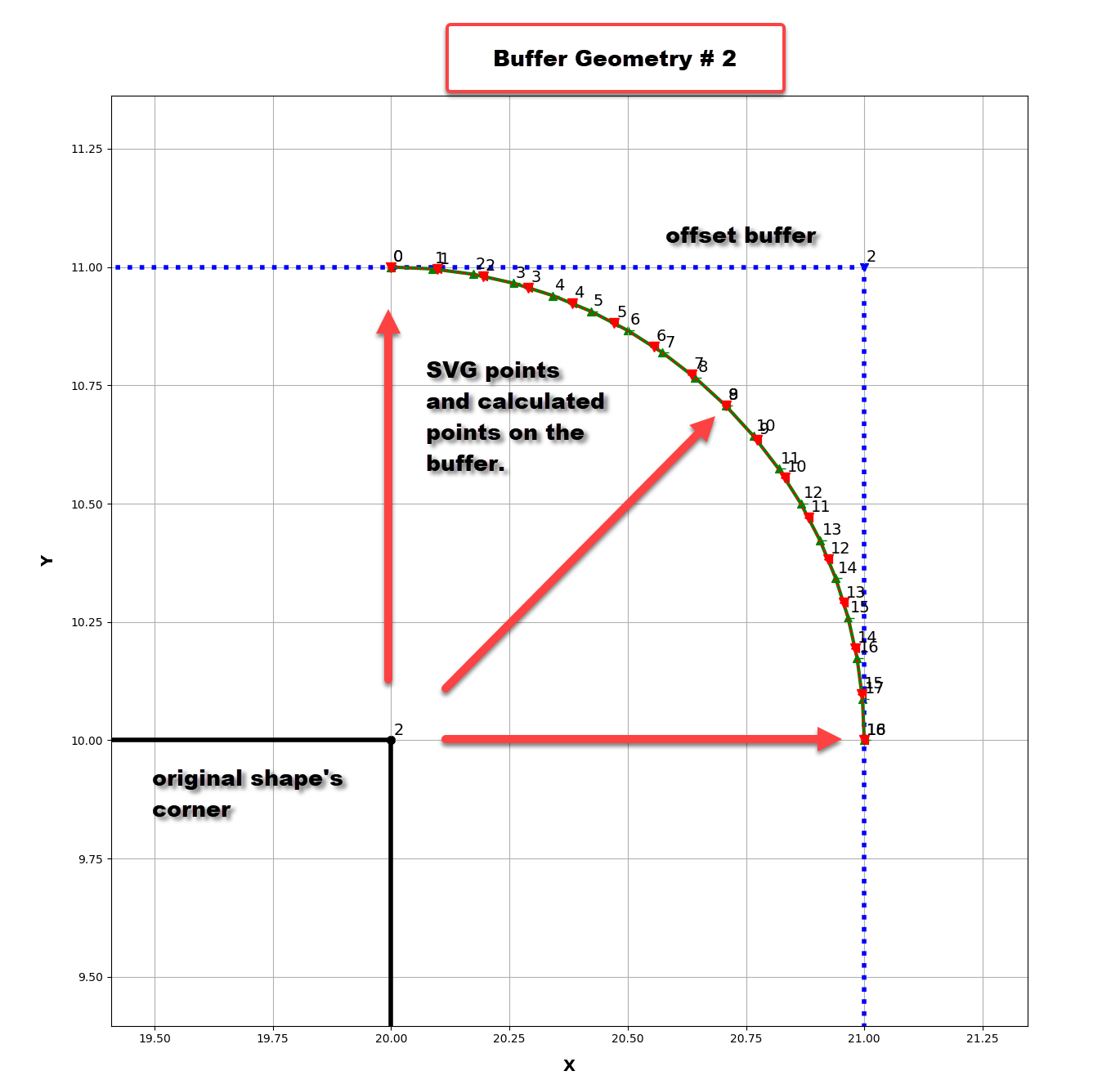 To leave you with some final thoughts.

This is an example of the last which is based on the offset buffer, but using area as the parameter. 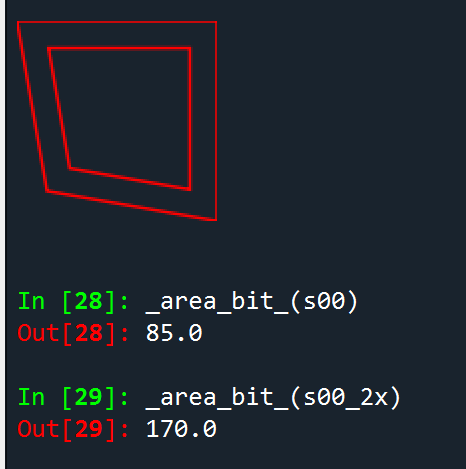 So remember what goes into the buffer and that not all information that you would expect to see is shown in all forms of geometry representation.