With ArcGIS PRO 2.2 there has been a slight change in the way packages can be installed.

This will evolve but some pictures to get you going.

Spyder .... a view of the IDE's capabilities

Here is where I installed Pro 2.2 a while ago and here it still resides today.

Now some of you don't have the luxury of being able to install your software where you want, but most of this should work if you are given the slightest bit of freedom in how you want to perform your work.  You will be able to perform most of the following in your User profile though (albeit, creating ridiculously long and convoluted path lengths..

Onward.... find out where ArcGIS Pro is installed.... 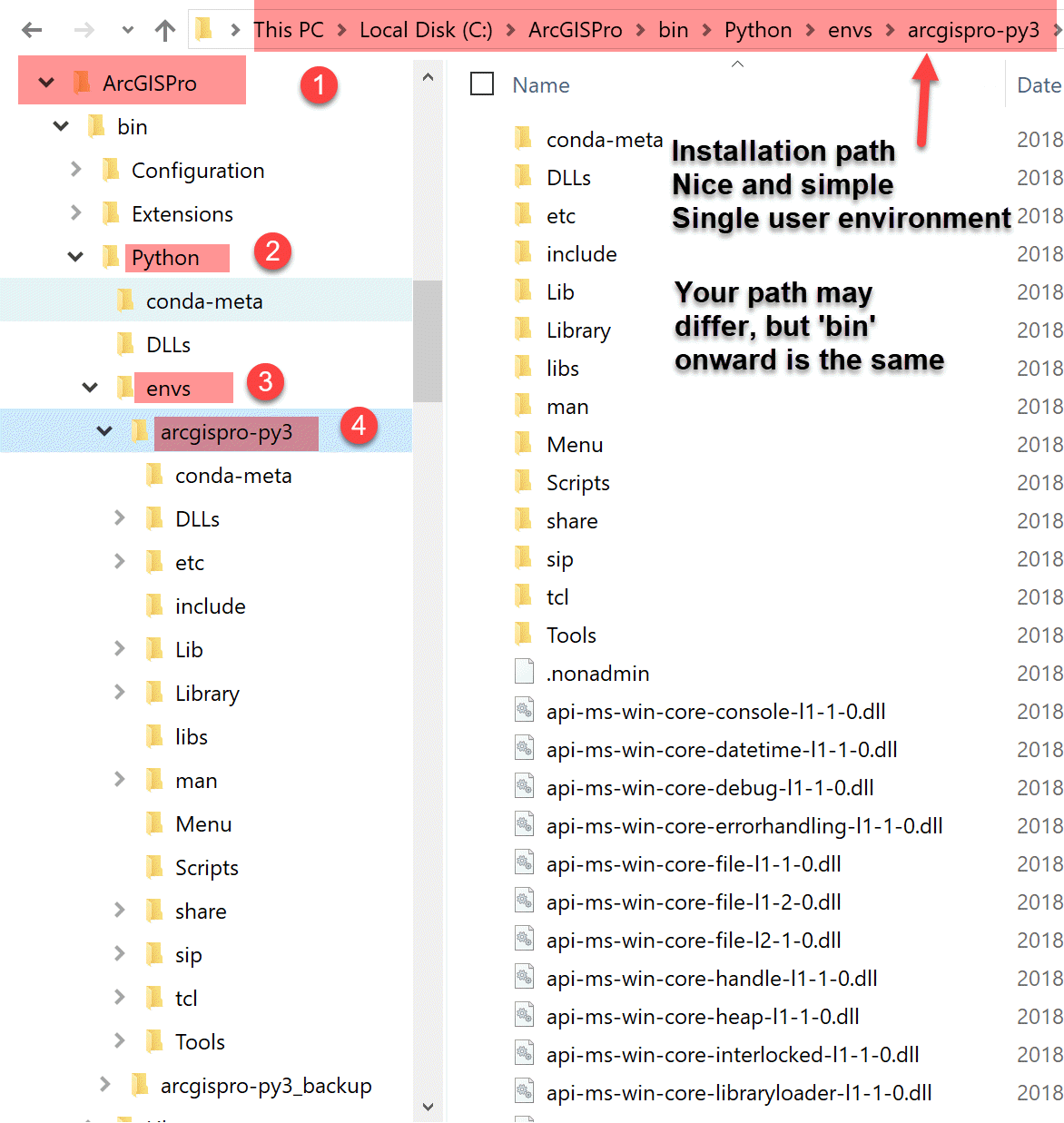 I covered making shortcuts previously, but I will reiterate here.  I like shortcuts on the desktop and I like to dock them on the Task Bar.  First... create your shortcut

Follow the path to the proenv.bat file located as shown in the following figure.

My installation path is C:\ArcGISPro\ You just need to change that portion in your searching and the rest will be the same.

When I located, the file, I created a shortcut and modified the contents of the shortcut as shown below.  I then copied that shortcut to my desktop.

I always keep a separate folder containing customizations like shortcuts so that I can share and/or modify as needed. 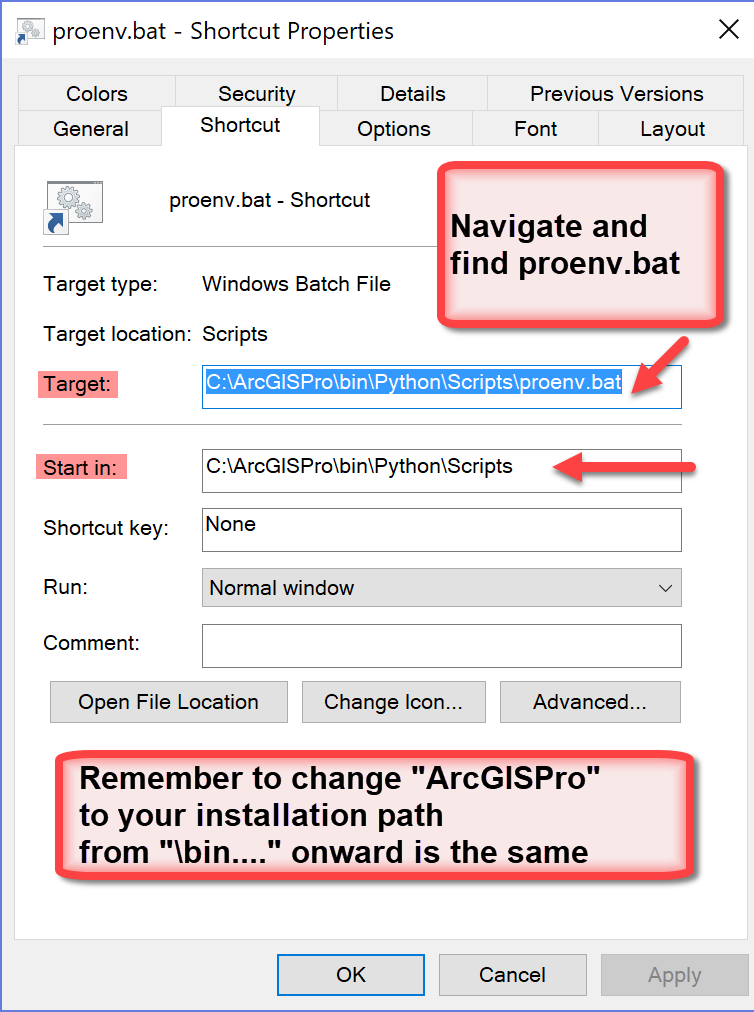 Installing Spyder and other packages

Yes... spyder is in the default package, but since the ArcGISpro-py3 environment is shut down, you have to do installs using conda..

If you don't have a shortcut created... just fire up the python prompt

Or fire up your new shortcut and follow along 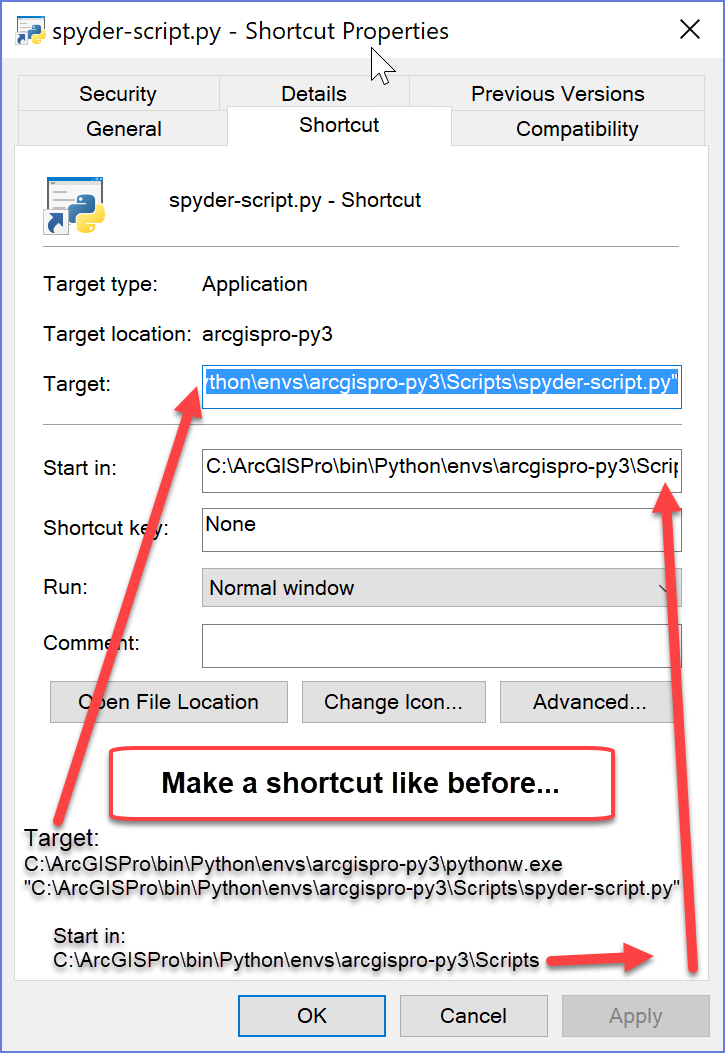 If you want to make a development environment, you now need to clone it to install packages.

Here is the Manage Environments dialog, found on the Project page.

Setup Spyder as your script IDE

You get to reuse the Target shortcut used before. 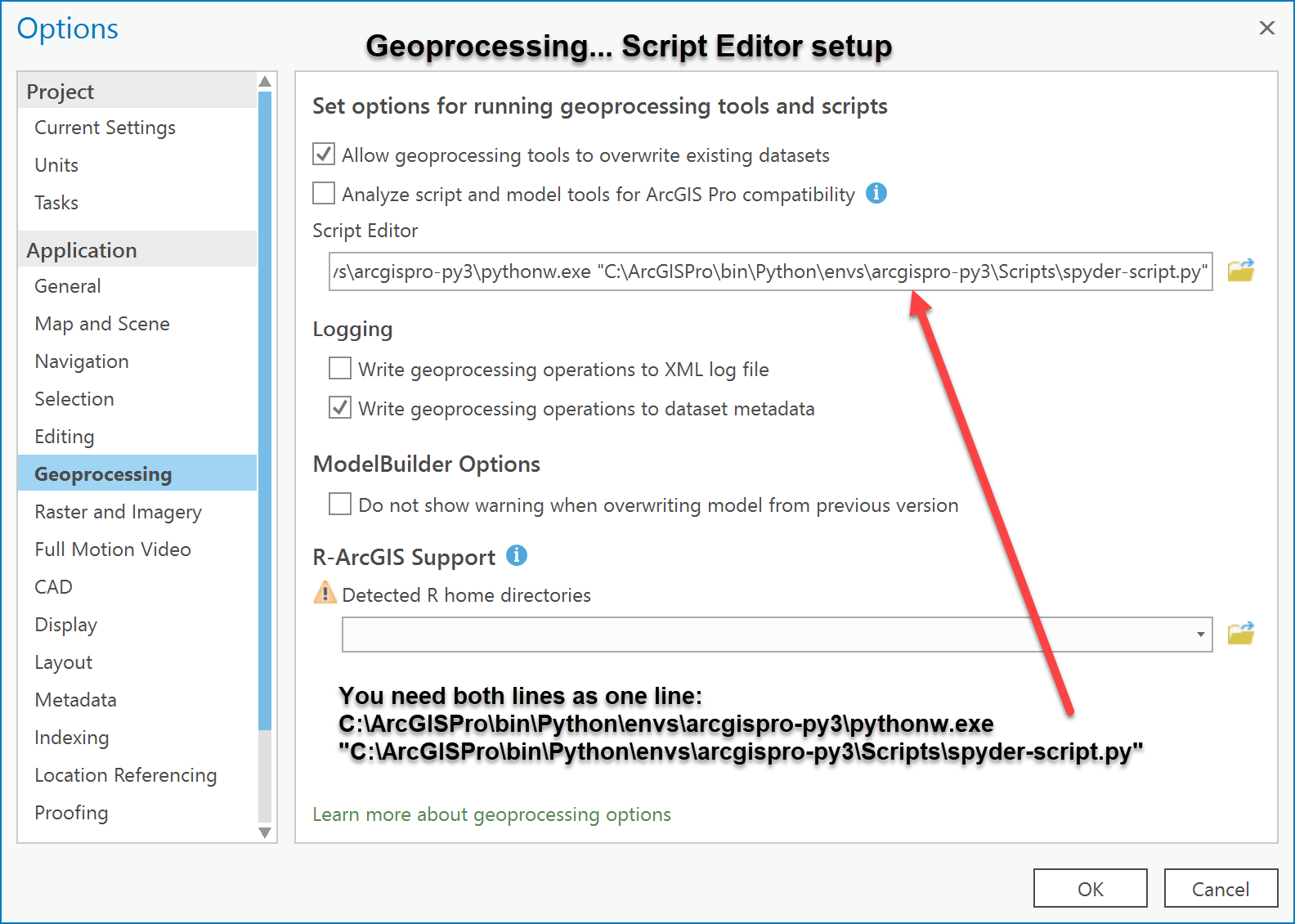 How about just a simple QtConsole for parallel IDEs 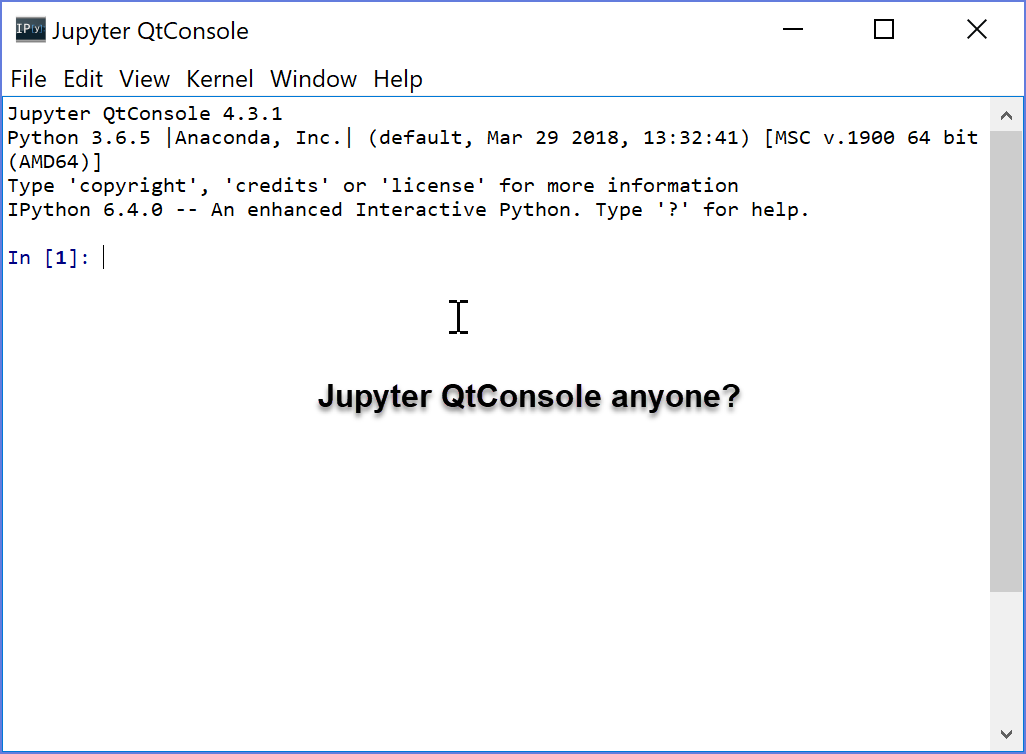 Just create a folder structure to store your notebooks and it can be replicated within the jupyter setup making it easy to find your examples. 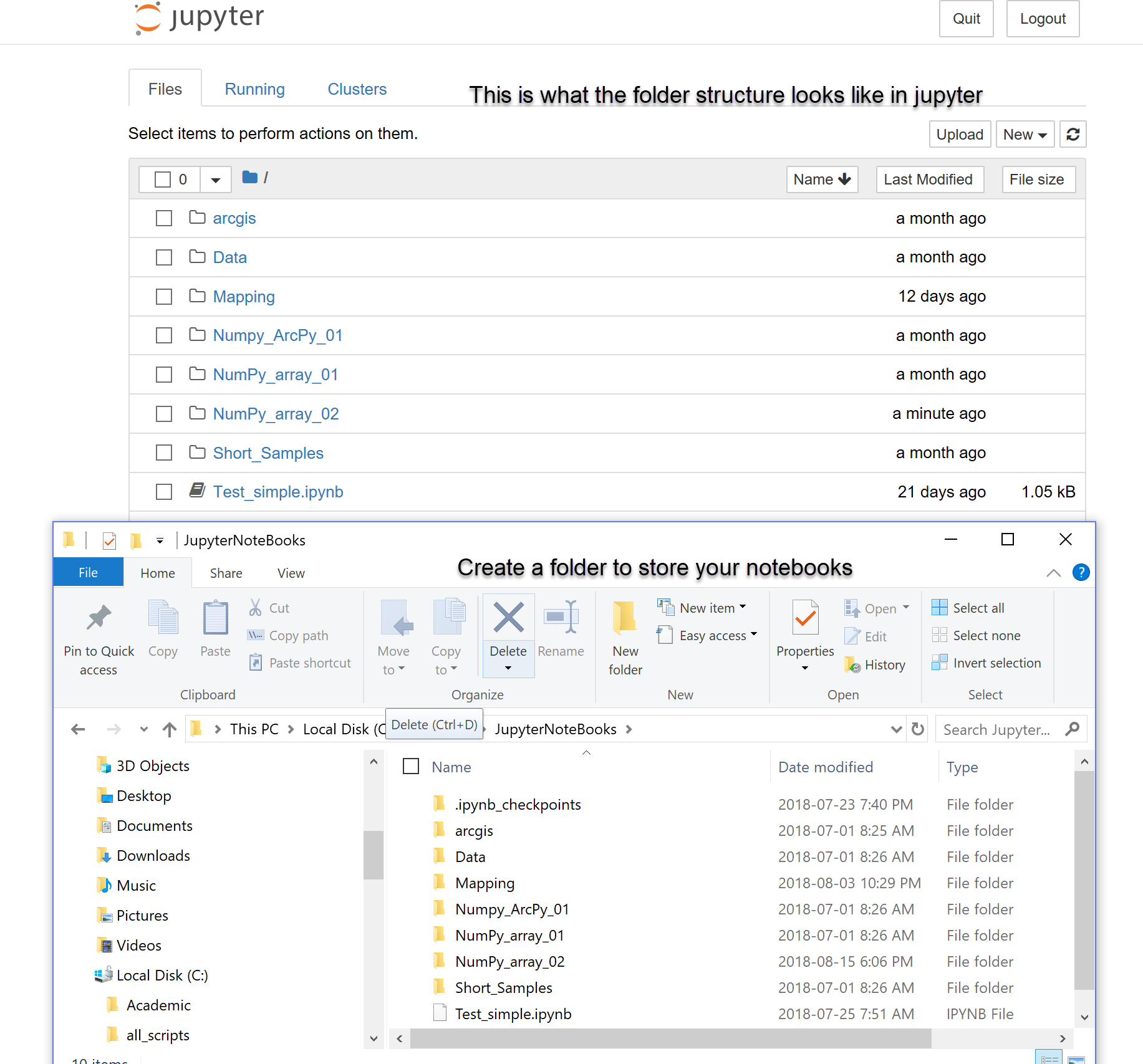 A graphing example... there are lots 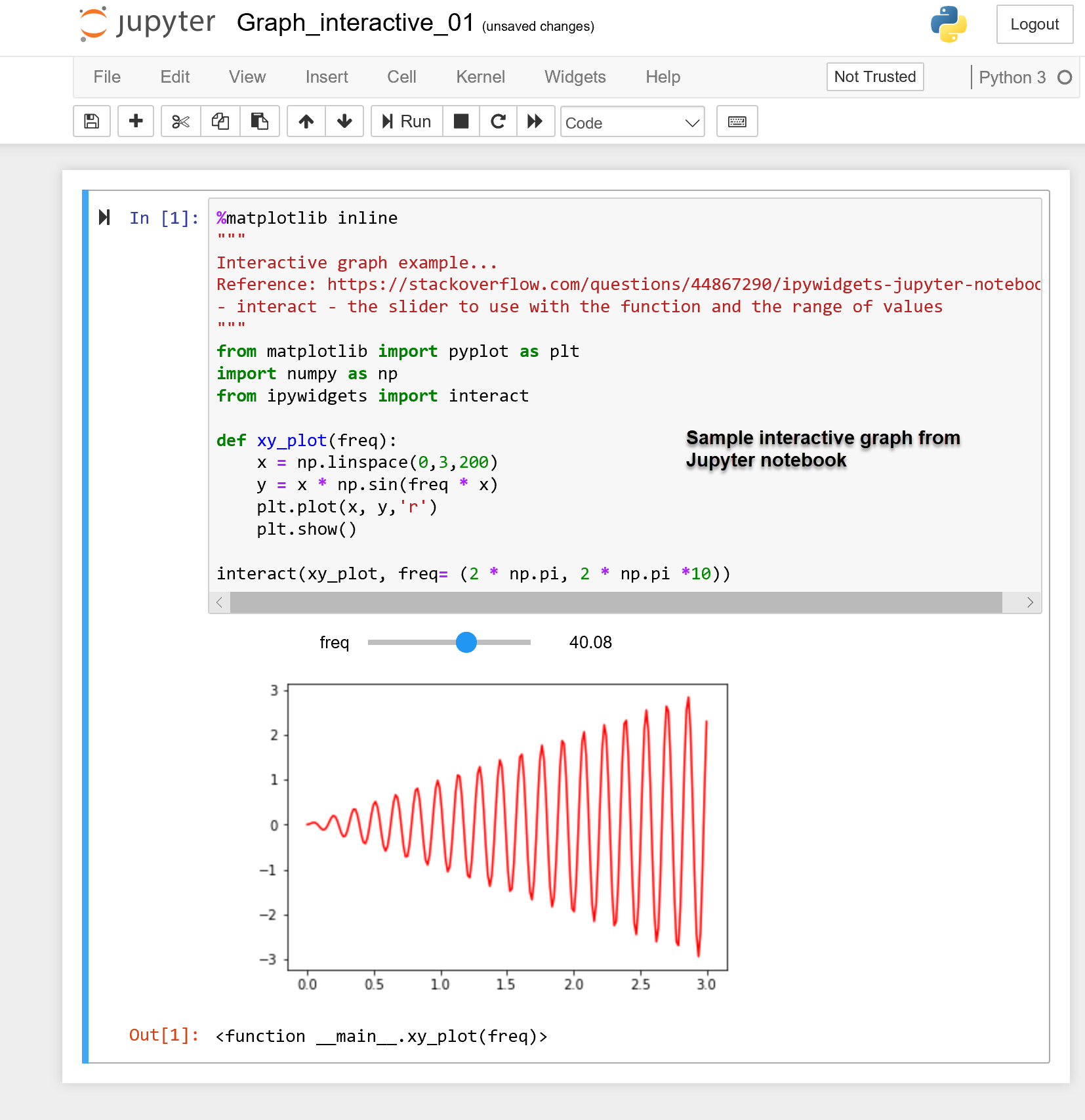 To Come... Managing your packages...

If will fill these in over the next week or so... a few things have to be cleaned up since they may not be for everyone.  So I will delay for now

I just used conda to upgrade jupyter notebook and install jupyter lab.  To stop it from trying to downgrade a bunch of packages, just add the default channel and --no-pin.

Currently locked down for editing the initial install... and there are issues 'cloning' the existing one to make changes in.  Mind you... you can do your package installations using conda after the initial install, skipping the package manager altogether.  BUT .... if things get totally fouled up, you may be left with a dysfunctional installation... so only proceed if you sortof know what you are doing

So very useful, since you can access other Anaconda packages through one interface... but currently not ArcGIS Pro, but many others including documentation and the like. 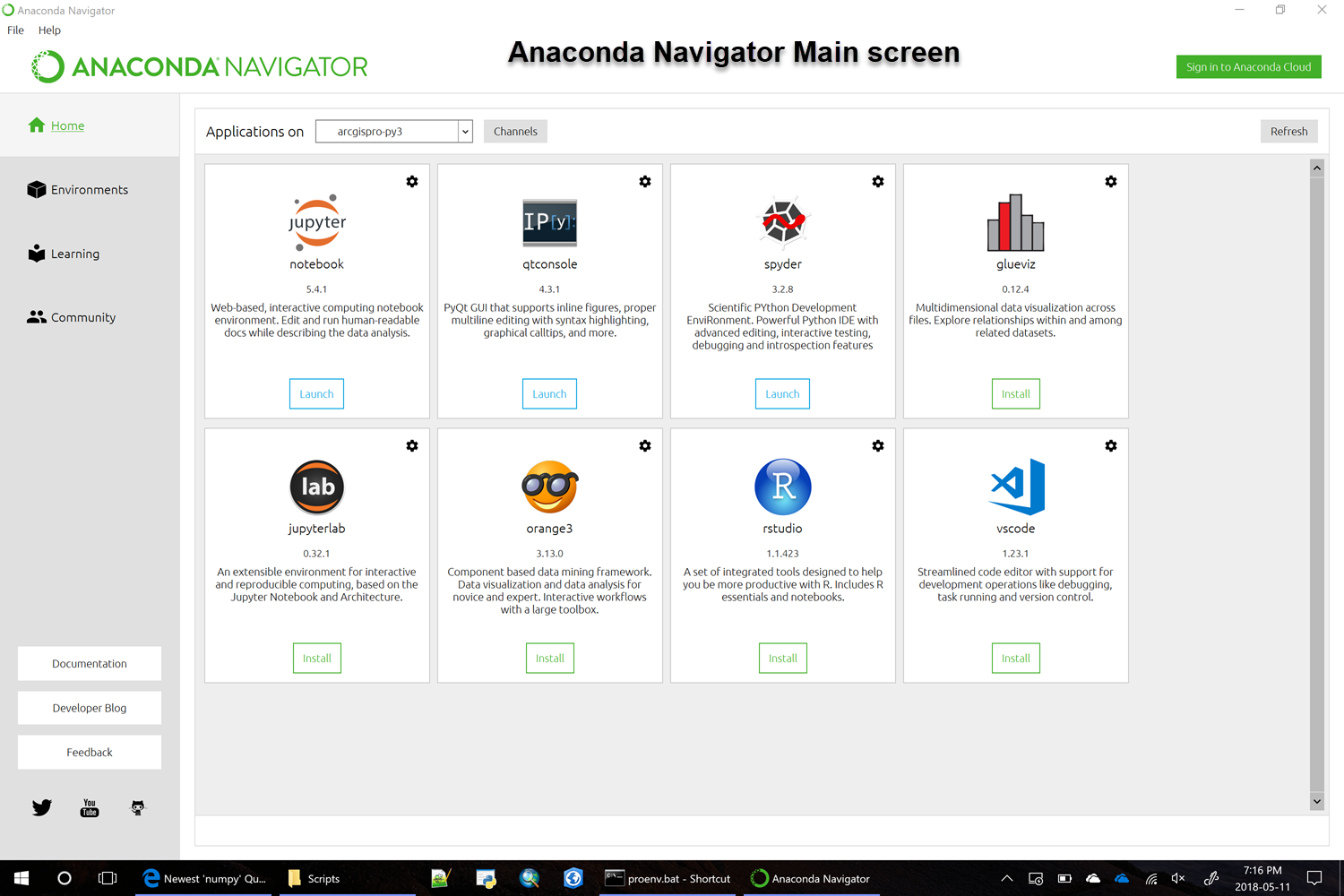 So... Once Anaconda Navigator got installed, I decided to see whether I could clone an environment that Pro 2.2 could see ... which seems to be an issue.  It seems to have worked so far.  Have a look 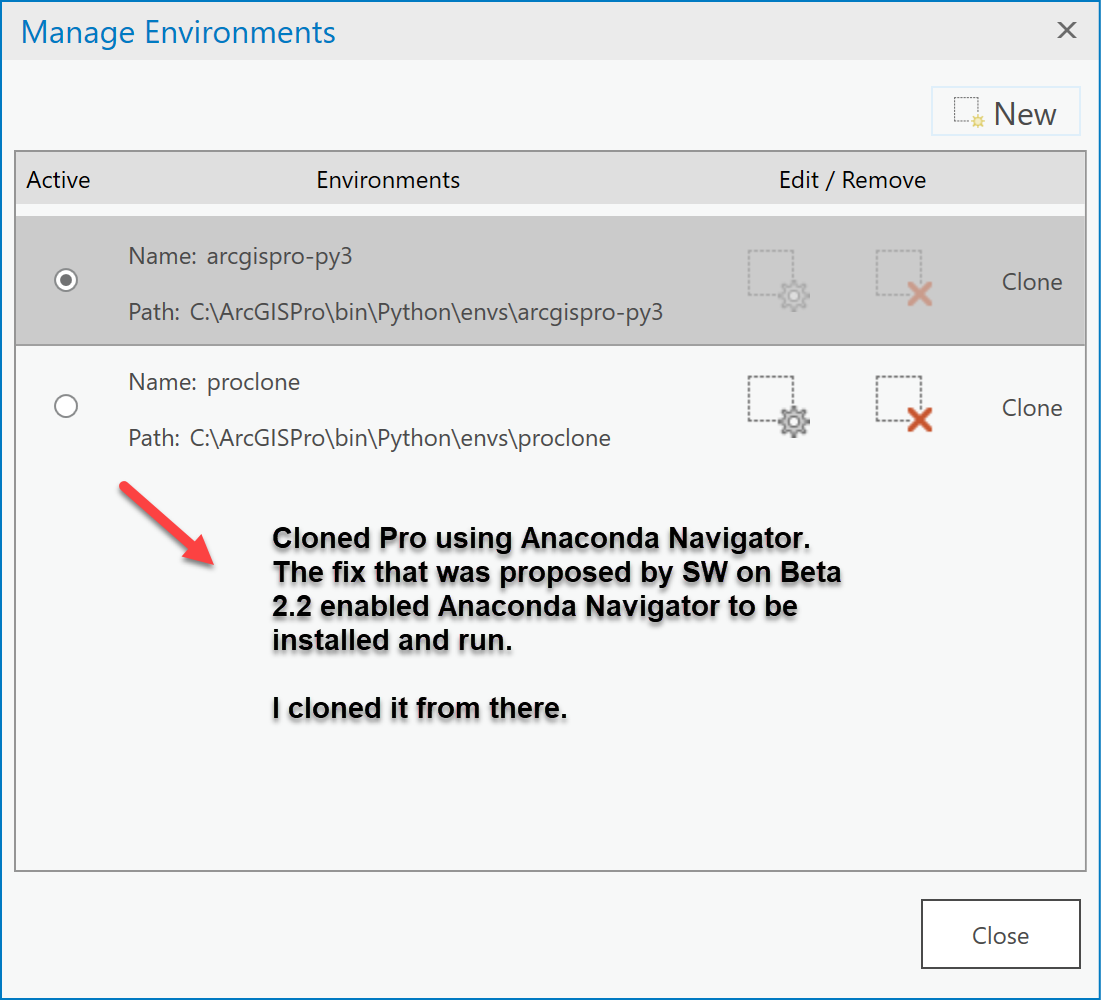 IF you have comments and questions... email me through my profile link

New post by G.P for cloning for restricted environments