In the last blog post... ArcGIS Pro 2... Creating Desktop Shortcuts .. I showed how to create desktop shortcuts to some of the more commonly used applications within esri's distribution of python.  In this post, the Jupyter Notebook will be addressed.

Before you start on this venture, make sure that you have read up on notebooks and see if they are for you and your workflow and not something that '... everyone is doing it, and so should I.... '.  They do have their place, but they require maintenance.

The first order of business....

Python runs that script, which imports notebook.notebookapp as shown below.  That import does the work of setting up notebooks to work in your target folder.

The details aren't really relevant... Just click on the shortcut, create your notebook and begin sharing... but before you do that, begin your reading here 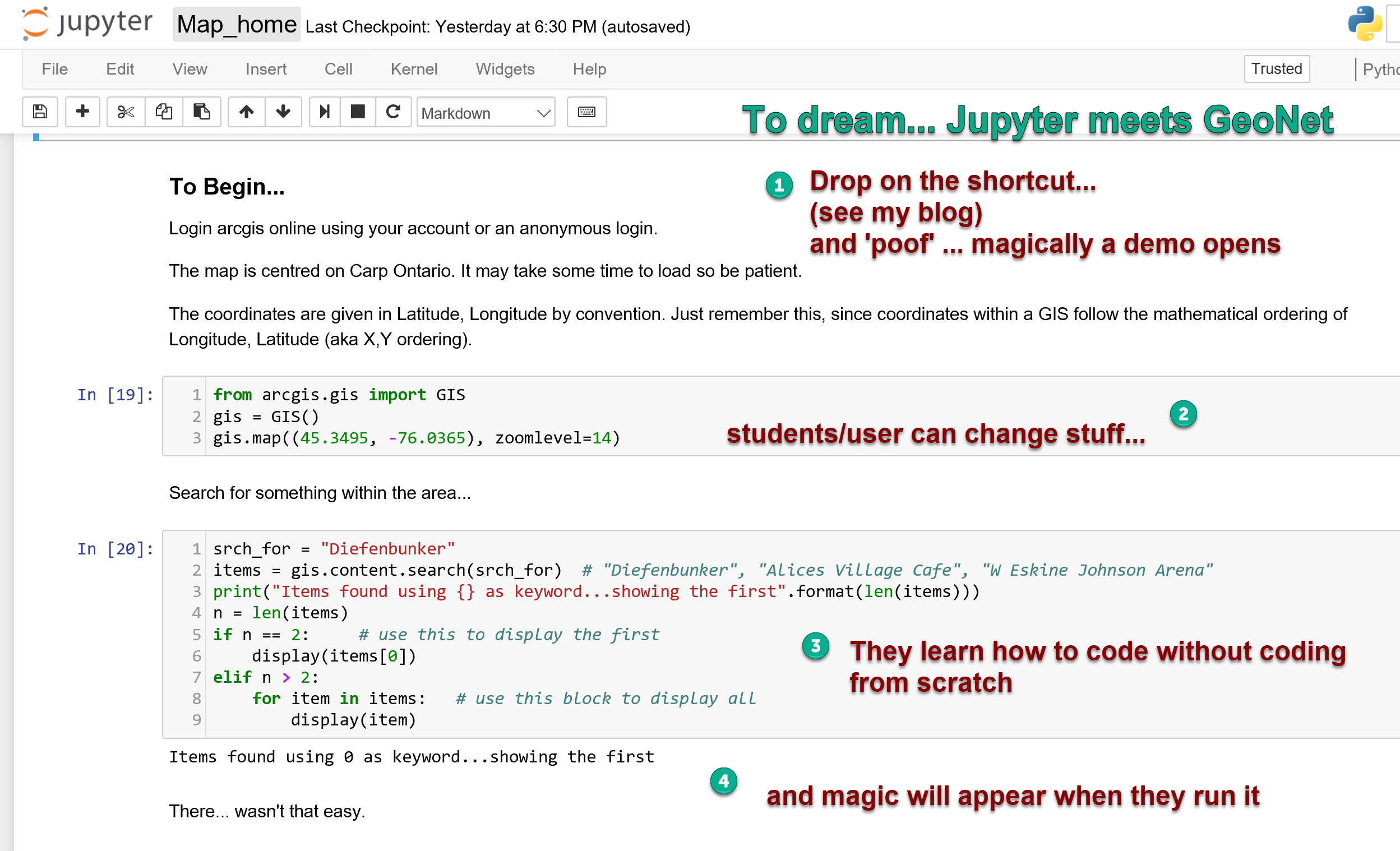