I am using ArcGIS Pro 2.4.  I have deployed the new Election Outreach Solution in our ArcGIS Online organization portal using the Solution Deployment tool through Pro.  I have added our elected representatives data into the ElectionGeography feature service....Electoral Districts service feature class (2) in Pro (using the Load Data task in the Solution Deployment tool), and tweaked the symbology of the Electoral Districts service class (2) in Pro.  I am symbolizing on the 'Elected Office' field.  When I open the solution's web map (My Elected Representative) in the AGOL map viewer, the symbology for the Electoral District's service layers is not shown.  The Table of Contents shows the various elected representatives in the list, but the legend is completely blank.  When I open each of the attribute tables in the viewer, the tables are populated with the correct data.  I thought the symbology used in the service feature class in Pro (line and polygons) would be passed to the ElectionGeography_public View used in the web map and seen in the viewer?  Do I have to bring the View into Pro, symbolize this layer too, or symbolize the View in AGOL?  It sure would be nice to do the work in Pro, and have it pass through to the View, et al.  Obviously I am not understanding the View concept and/or how the Esri solutions work in general.  Thanks in advance.

Would you up for connecting via phone? I can walk you through the solution and we can take a look at where you're having trouble between populating the data and it being visible in the app.

Thanks for the question and call, Jay. Once you have My Elected Rep configured the way you'd like, feel free to share it here. I'd love to take a look.

Thank you for your help today. Enjoy the User Conference!

In this context, there are a few different relevant symbology configurations:

So when you add ElectionGeography or ElectionGeography_public to a web map or into Pro, you're configuring the symbology for that map rather than for the feature service or view themselves.

I hope that helps! 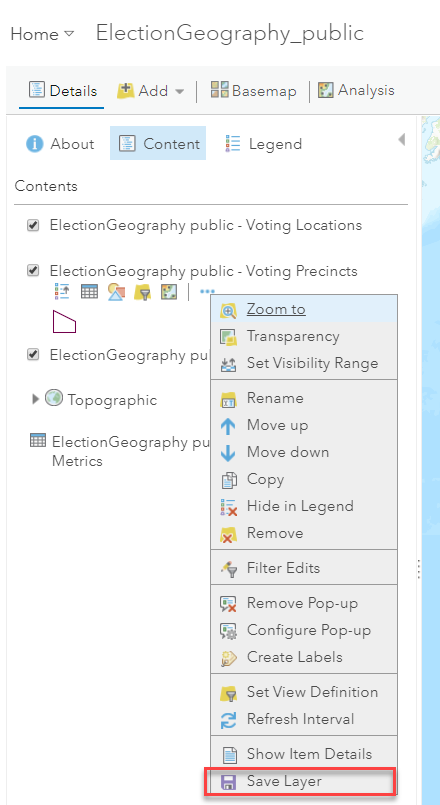 I was finally able to change the symbology of the various elected officials district boundaries in the “…_public” View. In the Change Style dialogue, I had to ‘change the attribute to show’ to “Elected Office” which brought up the option to symbolize on unique values. I could then select the Location (Single Symbol) option instead and affect change on the polygon boundaries. I don’t know why I could not change the polygon boundary symbology using the Location (Single symbol) dialogue initially. I always had to ‘change the attribute to show’ to one with unique values.

How can I insert the Vice President layer into the web map?

Apologies for the delay, just getting back from UC. I have some ideas about why you had trouble changing the symbology in for straightforward way on the layers in the web map. There is a 100% transparency on the fill in of the symbol that may have needed to be modified to see your changes, but I'm happy you got the outcome you're after.

To add/modify the elected office layers the easiest way is to copy an existing layer by going to More Options, then Copy. You'll get a new layer in the table of contents named something like "Mayor - copy". You can then edit the filter on the new copied layer so that it Elected office is Vice President of the United States. Click Apply Filter, change the layer name to something like Vice President, then move the layer in the table of contents to your desired location. Save the web map. Then in the My Elected Rep application: edit the application and the Near Me widget's search settings to search your new layer. Info on the Near Me widget can be found here: https://doc.arcgis.com/en/web-appbuilder/create-apps/widget-near-me.htm

I hope that helps! I'm happy to connect via phone. I'll be away on Monday, but we could connect Tuesday if you'd like.

I never thought to look at the symbol transparency...sigh....I was able to add the Vice President.  It took me a little time to figure out the Near Me widget step.  I think the widget was renamed My Elected Representative in the app.  I finally figured it out. All seems well now and the solution is working as designed (though I need to add the pics of the elected officials).  You can check it out, first one in the list (http://gis.cityofnewarkde.us/gis/gallery/).  Thanks for all of your great help! Sincerely, Jay

The app looks great, Jay! Great example of taking a solution and making it your own. You're right that the widget is renamed, I should have mentioned that to help you find it.

Let me know if you're planning to configure either Election Polling Places or Voting Centers to round out the Election Outreach Solution.

New question.....I have been adding a few photos, but the app shows each one twice.  I am not sure why? 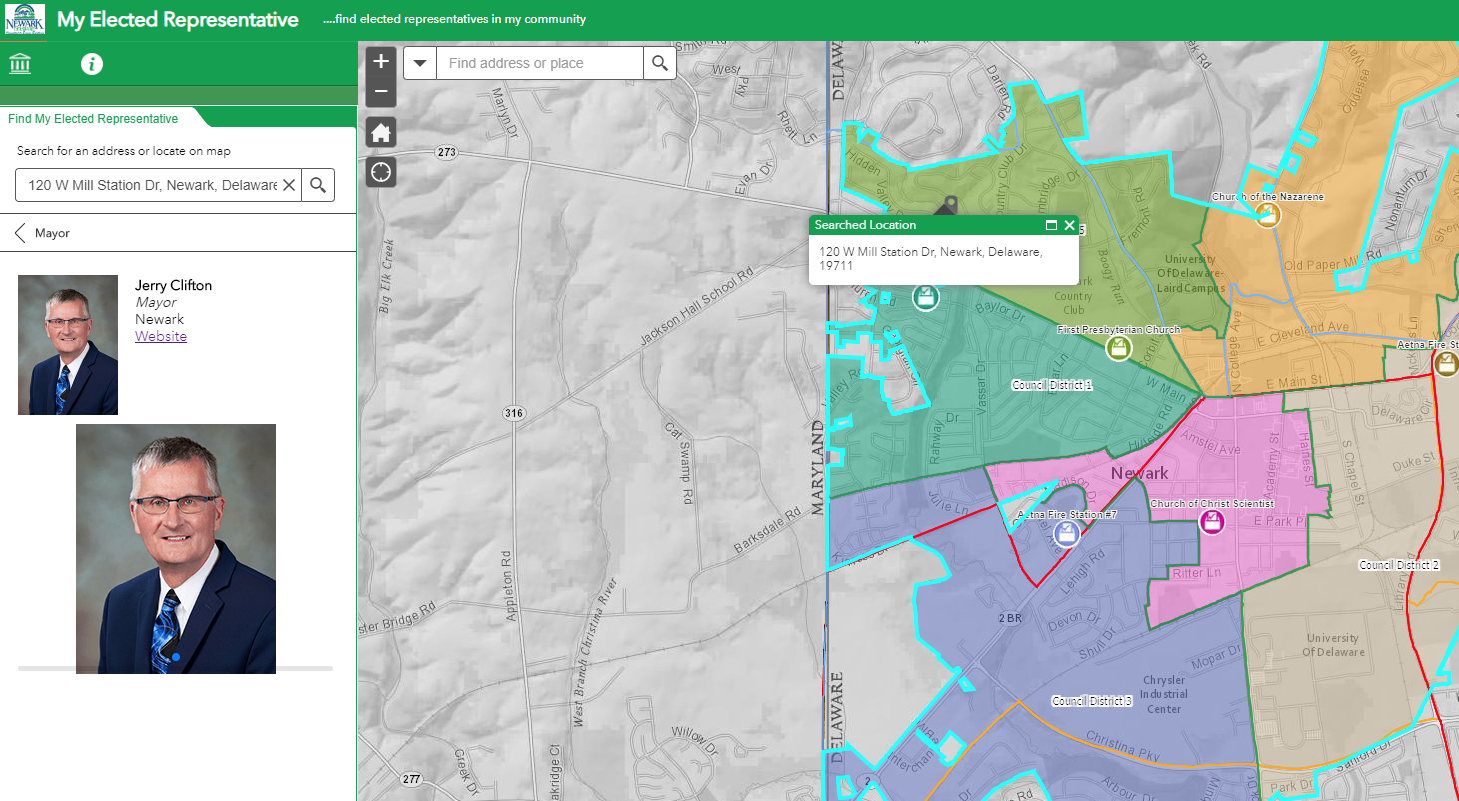