I have a feature class in a 10.3.1 SDE (called Production) used for editing and overnight that FC is copied over to another SDE (called Published) for displaying in map services (this is done to avoid locks).  However, a recent copy of the FC from the Production SDE in Published has resulted in odd behavior.  See the screenshots below. When querying on the Attribute table, the SELECT * FROM doesn't display the table name in the Published data, but does in the Production data.  I deleted the FC from Published and had it regenerate a copy from the Production and same behavior.  Any ideas what might be causing this or how to fix it? 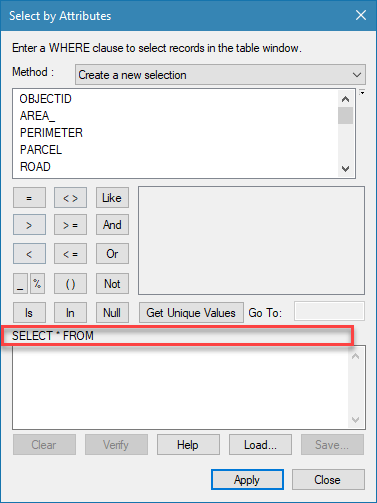 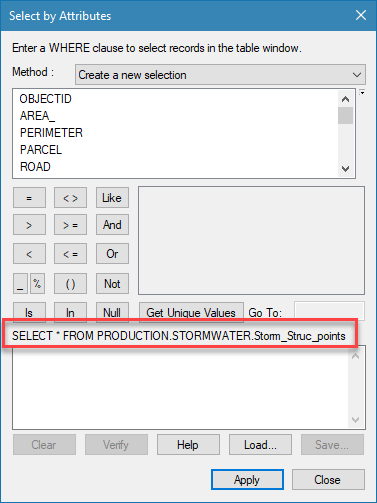 This is an interesting issue. If you run the Clear Workspace Cache tool on the Published database connection from which the FC is coming, and then re-try the select by attributes, does the query show up? A few other questions:

Thanks and hope this is helpful!

Thank you for your response, Rex!  Of course now that I have a chance to revisit this issue this week (I was out of the office last week), it appears to have resolved itself.  I did not know about the Clear Workspace Cache tool, but if it crops up again, I'll try that first.

To answer your questions:

I'll mark your comment as answered -- maybe it was a caching issue that cleared up after some time passed -- but reopen if it acts up again.