I have a scenario where I am receiving non-spatial data in tabular form. I have imported this data into ArcSDE as a SDE Table. The table is named Incident_Details structure contains columns: Incident_ID (Global ID would be used in the Prod scenario), Description

I would like to represent the records within this table spatially via a Relationship Class.

I have then created a point Feature Class named Incident_Point within the same ArcSDE database with just one column: Incident_ID (Related_Global ID would be used in the Prod scenario) plus Shape, OBJECTID

I have then created a Relationship Class with the following details-

Cardinality: One to Many (so many points can be related the one incident) 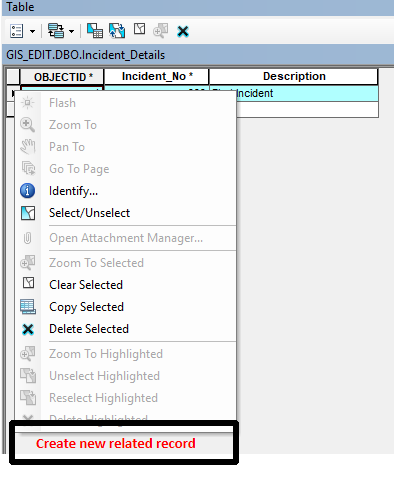 This question may be redundant because as far as I am aware the functionality I envisage does not exist within the ArcMap-ArcGIS Server or AGOL environment.

If anyone has any insight into this query that would be great.