by JasonGreenlaw
Occasional Contributor
I have a map service containing a single mosaic dataset with five (non-overlapping) rasters.  Each raster is a GeoTIFF with several embedded overviews (pyramids), and each has a different width/height/resolution.

Here are my min/max/low/high PS values:

In this case, setting any MinPS value lower than 519.879708618 (the smallest LowPS in the Mosaic Dataset) has no effect, and the target raster still displays (even down to approx. 1:1 scale).

Can anyone explain this behavior?  Is this to be expected?  Is there any other way to control max scale for individual rasters in a mosaic dataset (other than creating a separate map layer for each raster)?
Tags (3)
Reply
0 Kudos
7 Replies


Since it seems like you want to customize the visibility, here's a table showing how different scales relate to different pixel sizes (approximately) as shown in the Service Properties dialog, Caching Tab.

I do understand the purpose of MinPS/MaxPS, and I have had some success modifying the values manually, but the problem I'm encountering is that the MinPS setting seems to have no effect when set between zero and the smallest LowPS value in the Mosaic Dataset.

In my above example, setting the MinPS of any raster to 519 has the same effect as setting it to zero.  But if I set it to 520, it immediately affects the scale visibility threshold for that raster, but sets it too high.

I will likely submit an incident with ESRI to find the cause of this behavior.
Reply
0 Kudos

Using an Editor session to change individual MinPS and MaxPS should work...I attached screenshots showing the effect working with a MD in which I modified a single raster's MinPS (and it's LowPS to try and mimic the situation you're having).


Could you post the actual MinPS/MaxPS/LowPS/HighPS values in you're using in your mosaic that aren't working? Since you only have 5 asters, would you go ahead and list the visibility range you want for each?

Since I'm using a PostgreSQL database, I'm editing the MinPS values in the Mosaic Dataset catalog table directly (using SQL), but it's the same concept as using an editing session.

However, if I change the MinPS value to 260 (second screenshot), which is just barely greater than the smallest LowPS value in the Mosaic Dataset (259.868275), it disappears as it should.
Preview file
428 KB
Preview file
105 KB
Reply
0 Kudos

When several MD to directly be added as "dataset" (not "table") into a new MD, users mostly would like to customize the "visibility Order" of those MD in the new MD. However, MinPS, MaxPS, LowPS, HighPS couldn't effectively manage.

For example, the new MD "E" contains MD "A", MD "B", and MD "C", which may have similar resolution and would like to be visible at 1:25000 - 1:1000. Considering those A, B and C acquired and processed at different years (with different coverage), users would like to overlay one by one in order in MD "E", so that we can "seamlessly" update the existing cache with this new MD "E". So far, it looks to me that it is hard to manage. 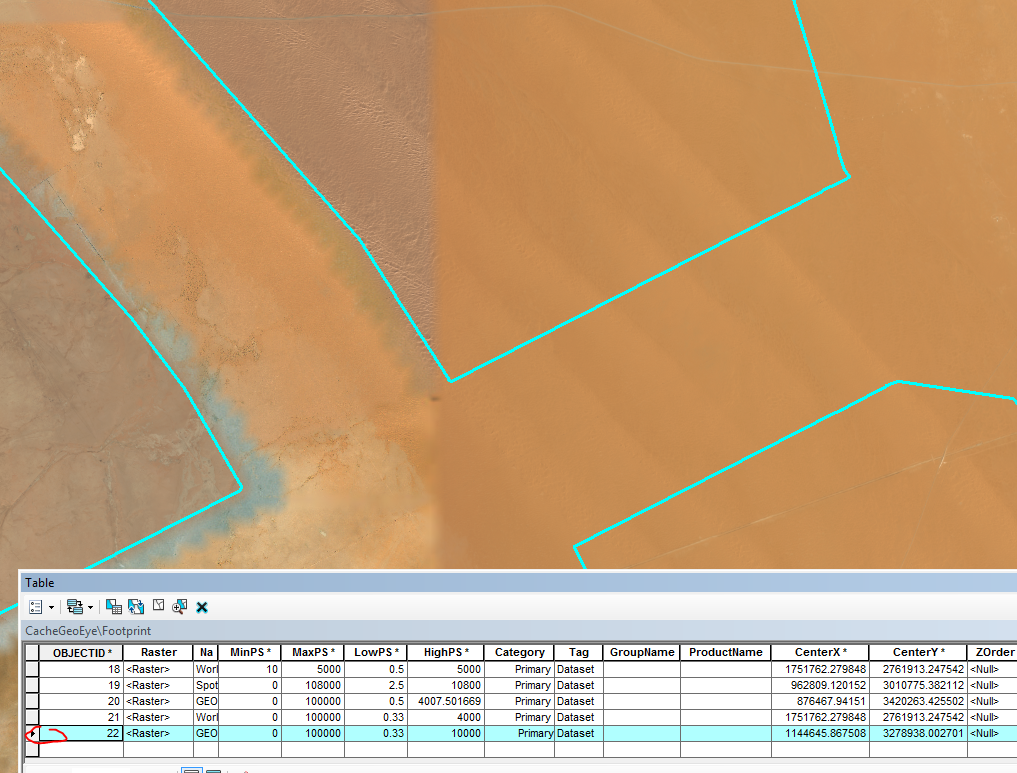 In attachment, the ObjectID =22 (saying, which is referred to MD "D") would like be overlaid directly over the top, but tried in many ways and failed ...

Currently, in order to update cache for this type of circumstances, users have to frequently and carefully update the previous boundary or footprints of MDs (overlaid areas) with the newer MD boundary (shrunk) firstly to guarantee all new MD visibility in new MD "E"

Try to use the zOrder field.

See here: Understanding the mosaicking rules for a mosaic dataset—Help | ArcGIS for Desktop

Mody, thanks for your assistance,

With ZOrder, it is functional, which fully meets our need on high efficiency and better quality (below) while updating cache. 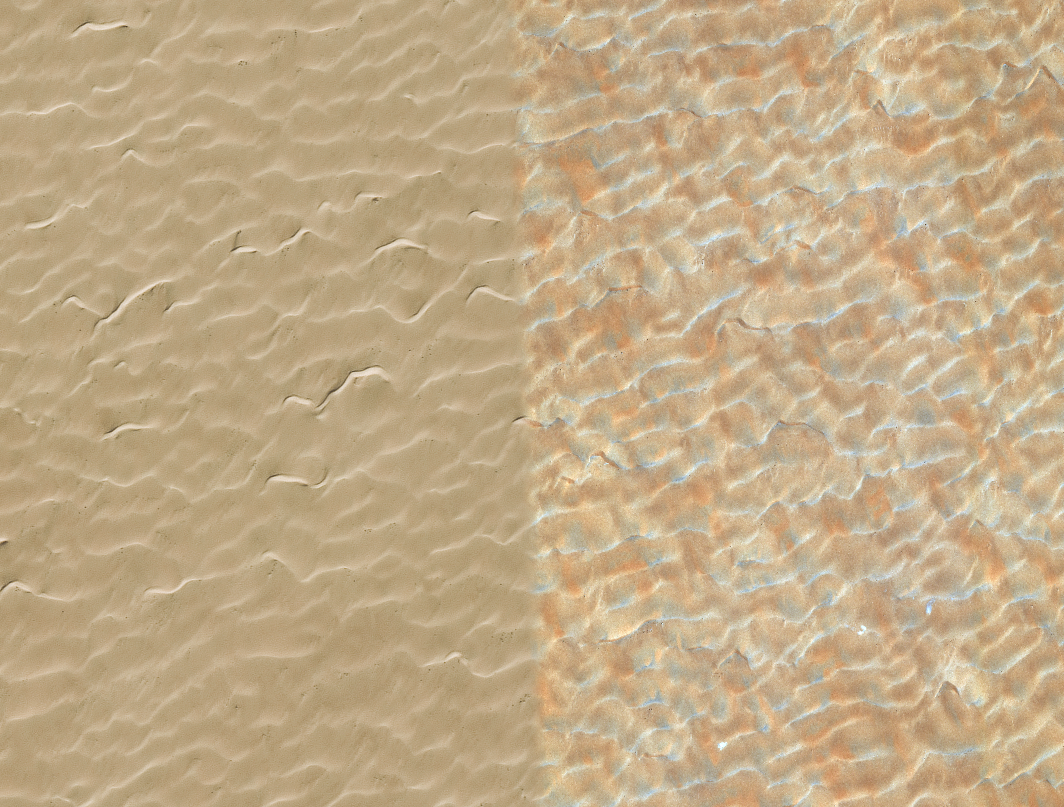