I am trying to geocode some accident collision data (intersection) but each intersection point is defined with an offset distance and direction of the collision. For example: a collision at an intersection of two streets has a field saying that it is, n N (north), 25m, one field has 25 and the other has the N.

Any ideas how I can geocode these intersections with the offset?

It is possible to search for the intersection using a spatial offset, but the input address needs to be in the following format:

You would need to use the Field Calculator to populate a new field in your table with the spatial offset and intersection addresses using the above format. Then the new field could be used for batch geocoding.

About finding an address—Help | ArcGIS Desktop

I geocoded the same table using the column that has not been modified first, to get a set of original base points. This is shown as the green point in the image below. Then I geocoded based on the new column that was modified in the following format: [distance] [units] [direction] from [address] as suggested. This is shown as the black triangle in the image below. As you can see, there has not been any offsetting with or without the format applied. 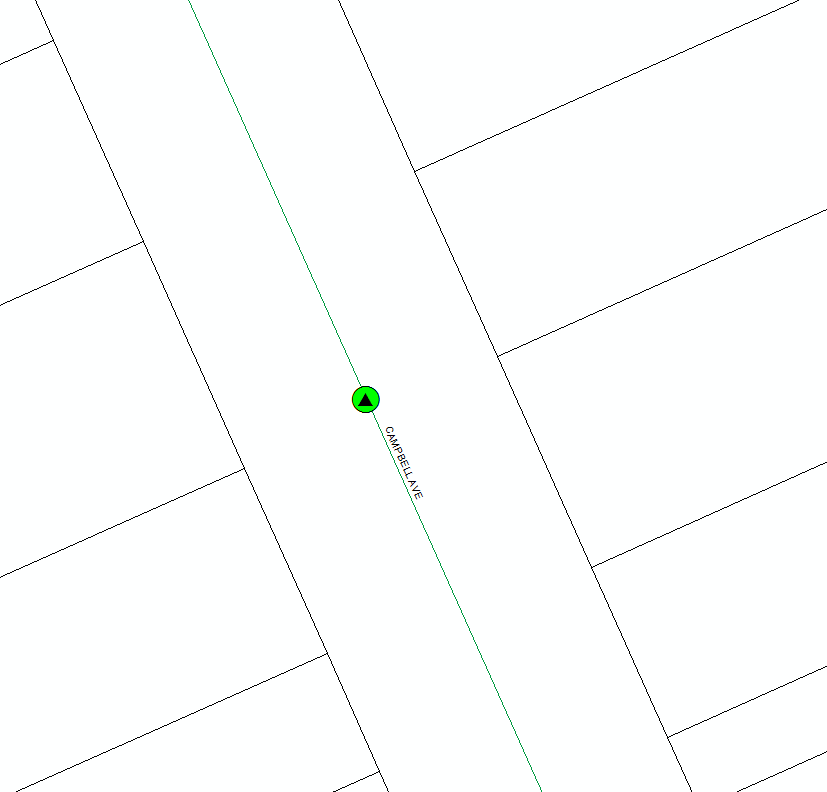 This is the attribute table with the original input (GEOCODE) and with the modified formatting (ADDRESS): 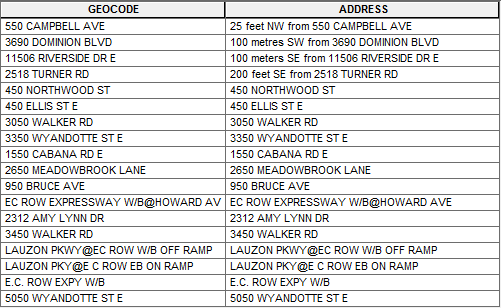 Am i doing something wrong?

Having this exact same issue. Has anyone found a solution? Jovana Burz‌ Shana Britt‌ Larisa Johnstone‌

Did you try my suggestion above? Are you able to provide a small sample of your data?

I tried following the format [distance] [units] [direction] from [address] but the default address locator (ArcGIS World Geocoding Service) does not provide the offset location from an intersection.

Any help would be appreciated.

The information above does not apply to the ArcGIS World Geocoding Service, it only applies to address locators that you create using the Create Address Locator tool in ArcMap or ArcGIS Pro. You would have to use your own or commercial reference data to build your own locator to be able to use what I've described above.

Could anyone figure this out? I am trying to do a similar problem where the location that I have is in reference to intersecting street e.g. 10 meters north of "some street address"?

NO, I have never found a solution for this.

Does searching with the spatial offset work for you in the Find tool or Geocoding Toolbar in ArcMap or the Locate pane in ArcGIS Pro when using a locator you created with the Create Address Locator tool, but does not work when batch geocoding a table?