I have a shapefile with WGS 84 Geographic Projection. The shapefile contains soil data for the entire world, and comes from the 'Digital Soil Map of the World'. When I opened it in ArcMap, it did not have a projection. I assigned it a WGS 84 projection using ArcCatalog, and it corresponds well with other files.

I need to project the shapefile to Lambert Equal Area Projection. Since I could not find a suitable projection in ArcGIS, I downloaded the prj file from lambert azimutha equal area: SR-ORG Projection  -- Spatial Reference. I tried to then use the 'Project (Data Management)' tool to project the shapefile using the downloaded prj file. But the tool asks me for a Geographic Conversion via a drop down menu. What option do I select? I could not find a GCS_WGS_1984 to WGS 1984 option.

The shapefile to be converted has the following info:

The downloaded prj file has the following info:

Any help will be very useful! Thanks!

The Geographic Conversion refers to a datum transformation. However, if both your source data and your desired projection use the same datum this is not required. This is why there is no GCS_WGS_1984 to WGS 1984 option.

One issue is that your Lamberts projection file does not specify a known datum. ArcMap sees that the source data and target projection require a datum transformation but cannot locate an appropriate one. If you modify your Lamberts projection file to use WGS84 as the underlying geographic coordinate system then the project tool works as it does not require a datum transformation. However, the results may not be quite what you are after: 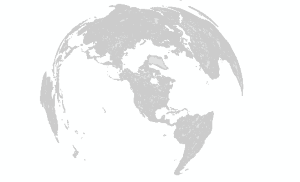 There are other equal area world projections that use WGS84 that may be more suitable, for example:

These are available within ArcMap (Projected Coordinate Systems > World). The list of supported map projections in the ESRI help has more information on each of these and others.

As an example, the World Behrmann projected data looks like this:

Melita Kennedy‌ may be able to suggest the best projection to use.