I have a number of polylinesthat are split at crossing-points so they do not overlap. Now I want to create distinct polygons from those polylines, where none of those polygons overlaps another one.

We can´t use the Polyline2Polygon.features here, because we simply don´t have any features but just geometries.

So let´s define this structure as network having edges and nodes. My first idea was to remove all the polylines that are outside a common polygon. Or in other words delete the polylines that simply lead to nowhere. This way I get a polygon that contains most of the edges (that´s the red outlined polygon in the image beyond). Now I can use ITopologicalOperator4.Cut2 on this polygon in order to get all the areas within that polygon.

Just an asside: Cut2 can´t handle those dead-edges mentioned before and will throw an exception. That´s why I want to delete them before. 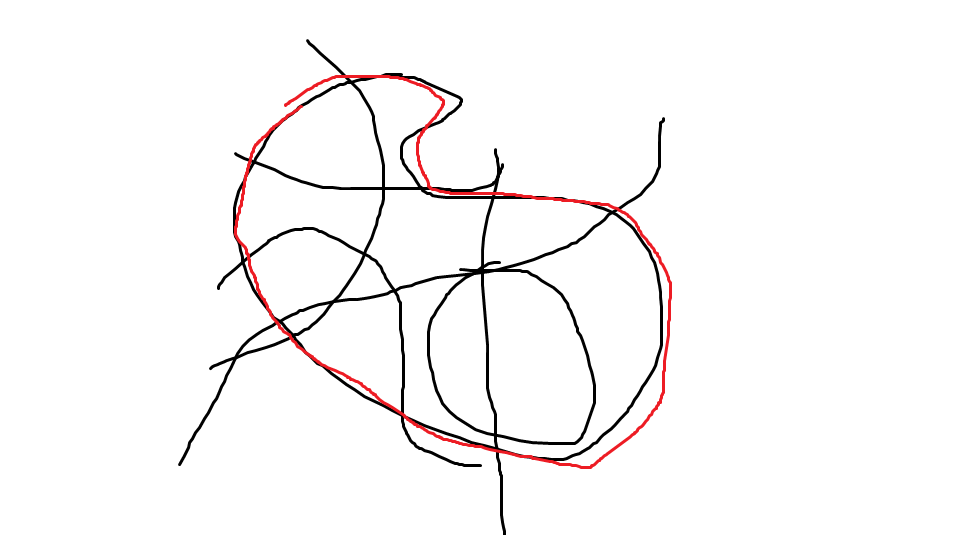 However I have no idea how to define this common polygon.

Have you explored the geoprocessing tool feature to polygon? If that does what you want then you can call it using the IGeoProcessor interface.