one or more layers failed to draw: general function failure

Hi. I am using ArcMap 10.4.1. Since our company upgraded to Windows 10 I have been getting this General function failure. It typically happens when you sit idle for a while and then come back to working on it, such as going to lunch and coming back. Closing the map and opening  a new one clears it up, but if you haven't saved then you lose everything you were working on. Our data is stored on a network server so maybe that is the issue? Any help or thoughts would be greatly appreciated.

We've been getting these errors too. They've also increased noticeably since moving to Windows 10 and ArcMap 10.6, sometimes multiple times an hour. The data we've seen this in so far have been file geodatabases on Windows network shares. The data have not changed in any significant manner for many years so I highly doubt it's the data itself.

It hasn't been correlated in time across workstations -- meaning workstations A & B in the same room connected to the same f-gdb aren't getting the errors at the same time. (So it's not a network line being disconnected momentarily.) It's also occurred on at least 2 servers in different towns. (So it's not a hardware failure like a bad drive.)

My hunch, based on nothing other than I had heck of a time with it in a completely different software environment and context, is that something has shifted with the change from SMB v2.x to SMB v3.x network protocols (https://www.performancevision.com/blog/5-things-know-before-start-troubleshooting-smb-performance/ )

Purposely left out: threads about where change in file format, definition query, or symbology are the likely culprit. There are several of those, including the one Esri KB article on the subject I've located so far (Error: One or more layers failed to draw ).

I'll continue to update this post with related threads as they come to light.

Check out below thread to see if it might provide a solution to your problem:

Anyone getting random General Function Failure error's with Windows 10 and ArcMap 10.4.1?

It looks like this issue occurs at newer version of ArcMap (10.5.1) and Pro, so upgrading your GIS software might not solve the problem.

Thanks Micheal. That's the first thing I've read that has the smell of something on track. I will definitely follow up.

We have a machine running windows 10/ 10.5.1 having the same issue. Has there been a fix for this? I know that 10.7 is being released soon, but if the problem persists, then that's no good either. 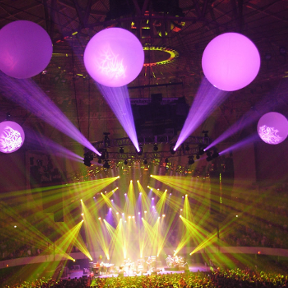 We had this problem in our organization for months and finally FOUND THE FIX!  It turns out the general function error had nothing to do with ESRI as much as it did with changes within the Windows 10 environment.  We had to get our IS department involved because the reason we were receiving the General Function Error had to do with "Group Policy" preferences setup behind the scenes in Windows 10 for mapped drives.  The Group Policy our organization has in effect happens behind the scenes every so many minutes for security reasons.  The Group Policy for our mapped drives was set to "REPLACE" and has since been changed to "UPDATE".  We no longer have the problem.  I hope this helps!

We already have the group policy for the network shares set to UPDATE, but we get the problem, too.  Any thoughts?