Problem with zoom in ArcGis OnLine

We have added in an ArcGis OnLine map application some Buenos Aires district polygons. The data is stored in Oracle Locator, using a local projection System (Posgar 2007, Faja 5, csid 5347), and we published it using a WS in our local server. In WebAppBuilder , the polygons seem to fit the base map: 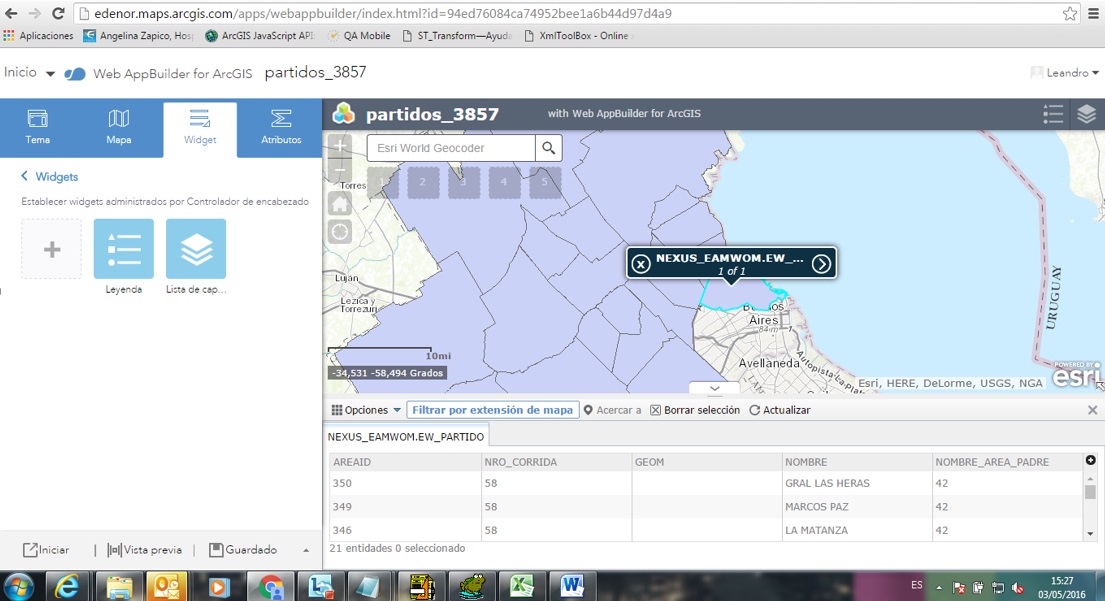 The strange thing comes when we zoom using the attributes table. When we double click in any row, the application zooms to Kasakhstan: 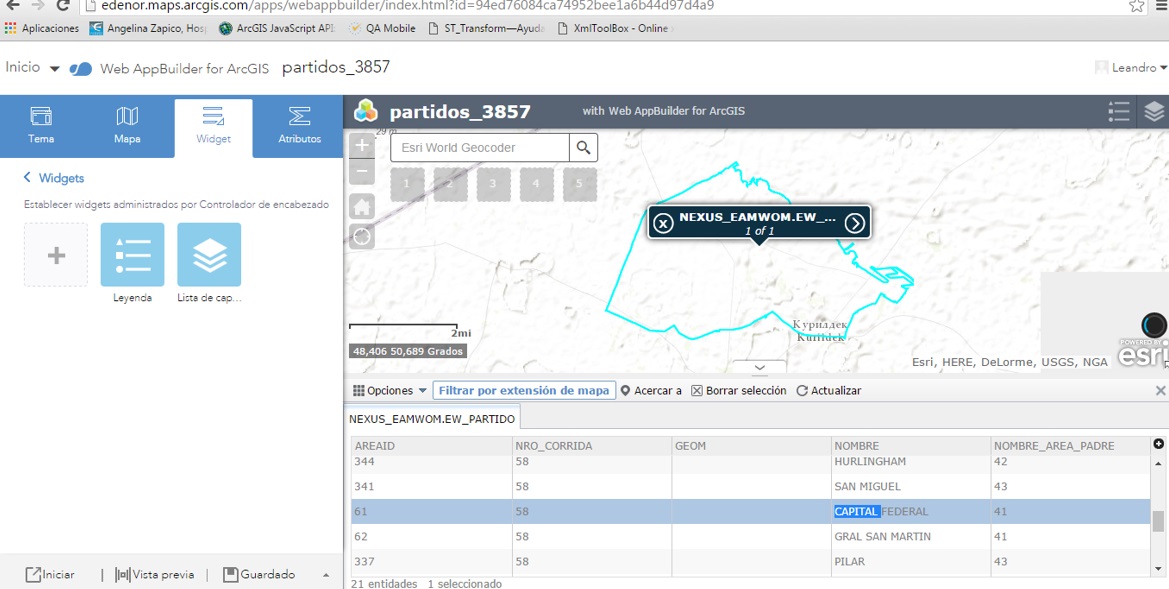 longitudes -60ish Beunos Aries, 60ish Kazakhstan ... not a coinidence I suspect, missing the -ve sign or E vs W is not being translated somewhere to numeric format

Could you provide a zip containing some Buenos Aires district polygons as a shapefile for testing?

Here I attached the file you requested .

The data are definitely projected using

Projected Coordinate System: POSGAR_2007_Argentina_Zone_5 and it has the right longitude for its central meridian, the problem must be with the way it is being translated to decimal degrees.  Interesting though, is the latitude of origin is -90, is there a chance that the negative for longitude is getting truncated?

Hi Leonardo, just curious if you ever resolved this issue or learned more about the source of problem? We're having similar issue where we have a feature class coming from SQL Spatial that is defined in WGS 84. Our MXD and Map Service is in California State Plane NAD83 (all of our other data is in this projection), and whenever you click on the feature in the  Portal (or AGOL) map viewer or WAB attribute table, the map pans over to (0,0) instead of to the actual feature location (which shows up fine on the map).  At the moment my theory is that there is some bug in AGOL map viewer  attribute table widget that is getting confused with the fact that the feature has different spatial reference than the map service and because data is not coming from ArcSDE source (I assumed that ArcGIS server takes care of reprojecting on the fly etc..).  The problem doesn't occur if I publish the layer alone as WGS84, but I was hoping to keep everything in a single map service because of some other custom widgets that operate on the map service layers.

As follow up to my earlier question/comment. We did further testing and I believe we have discovered that the problem is not in WAB, but is actually possible BUG in ArcGIS Server when returning results for spatial layer that is coming from a non-ArcSDE  geography type that is in different projection than the rest of the layers. In our case  problem is actually happening on ArcGIS Server side of things and strongly looks like is a bug in how it is handling returning the geometry coordinates for queries against a feature class which is not an ArcSDE feature but is a SQL Spatial geometry object. ArcGIS Server is asked to return the coordinates for the feature in Web Mercator (e.g. meters), but it is incorrectly returning the lat long values of the coordinates and then attempting to go there in Web Mercator system which is close to 0,0, and sends us off to west coast of Africa.

We tested out the map request directly from the ArcGIS Server Rest endpoint and this is how we isolated problem:

This is example of the query that WAB was running when we clicked on attribute table:

We are using ArcGIS Server 10.3.1. We are going to be opening support ticket with ESRI.

I am not using ArcSDE, but I did notice that you can't zoom into a selected row in the "view attribute table" in AGOL if the name you gave your GIS layer in the TOC (via rightclick > properties>general) is not the same name as the file in your local GDB.