I have web AppBuilder installed and running. I can create my own app, download it as a .zip file, then Import it.

However, when I try to import a similarly downloaded .zip file/app created by someone else (this app has custom widgets and is rather comples, we are hoping to work together on developing this app) I get an "Invalid App" error message: 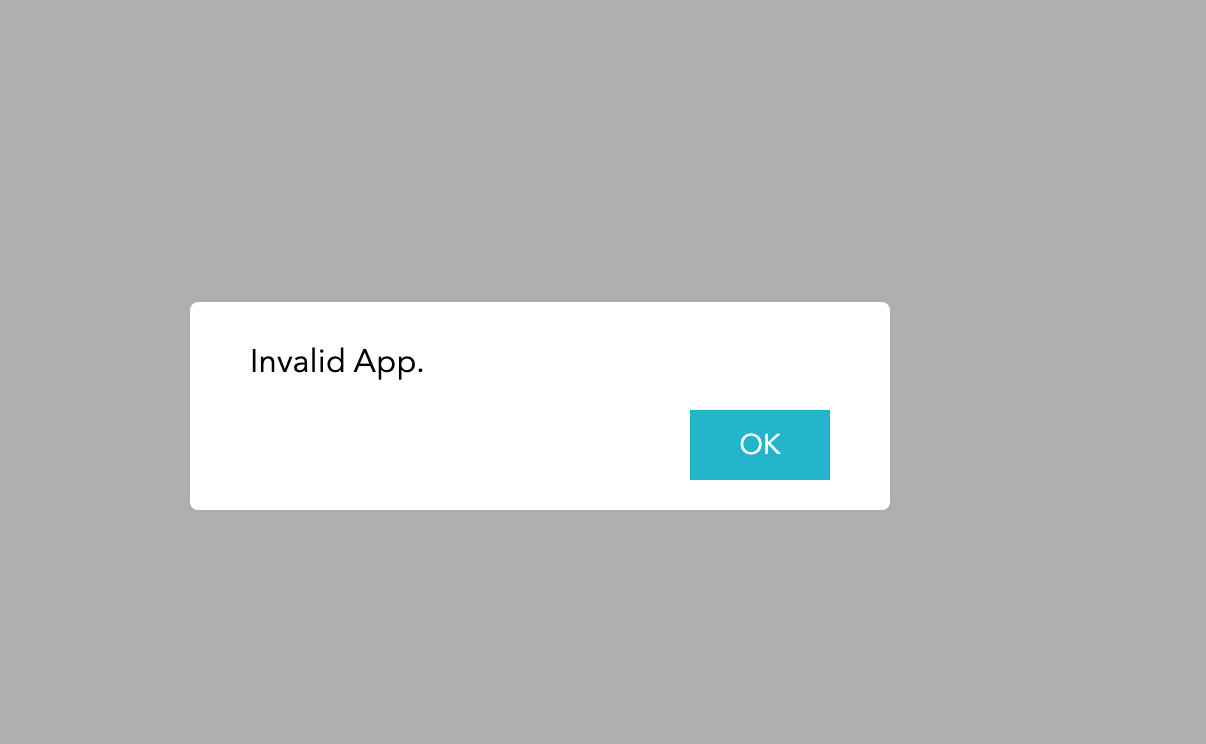 No more details are offered as to why it might be invalid. On the command line all I see is:

express deprecated req.param(name): Use req.params, req.body, or req.query instead rest/signininfo.js:1:1596
preparing upload...
uploading...
[2019-11-16T07:46:05.841] [ERROR] app - { inspect: [Function: inspect] }
[2019-11-16T07:46:05.848] [ERROR] app - { inspect: [Function: inspect] }
(node:8438) UnhandledPromiseRejectionWarning: Error [ERR_HTTP_HEADERS_SENT]: Cannot set headers after they are sent to the client
at ServerResponse.setHeader (_http_outgoing.js:485:11)
at ServerResponse.header (/Users/jmvidal/tmp/WebAppBuilderForArcGIS/server/node_modules/express/lib/response.js:767:10)
at sendUploadResponse (/Users/jmvidal/tmp/WebAppBuilderForArcGIS/server/rest/apps.js:1:20804)
at /Users/jmvidal/tmp/WebAppBuilderForArcGIS/server/rest/apps.js:1:28356
(node:8438) UnhandledPromiseRejectionWarning: Unhandled promise rejection. This error originated either by throwing inside of an async function without a catch block, or by rejecting a promise which was not handled with .catch(). (rejection id: 4)

I took this same .zip file and deployed it to a website (unzipped) and it work just fine. So, I think the .zip is OK.

Any idea how I can figure out why this is an "Invalid App"? some way to get better error messages?

I have the exact same problem, any fixes?