How can I avoid projection issues when running the geoprocessing widget?

I have the following model that successfully runs in ArcMap and has been published as a REST service:

When running as a geoprocessing tool via the geoprocessing widget, two returns function normally (ProposedLineBuffer and Building Within Buffer) while Observation Locations Within Buffer doesn't, at first, appear to return a selection (the points in red are what the selection should have chosen but hasn't). 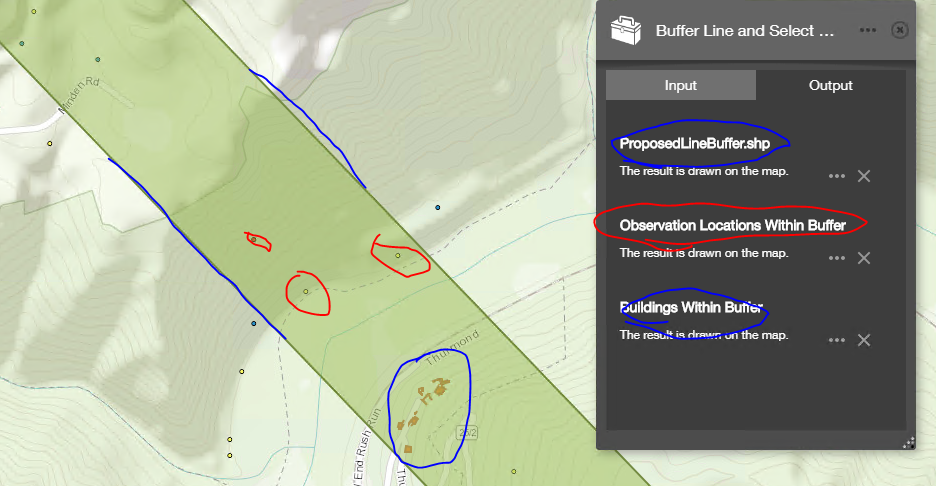 Further investigation shows that the selection was made, but that projection issues caused the returns to populate on the other side of the globe: 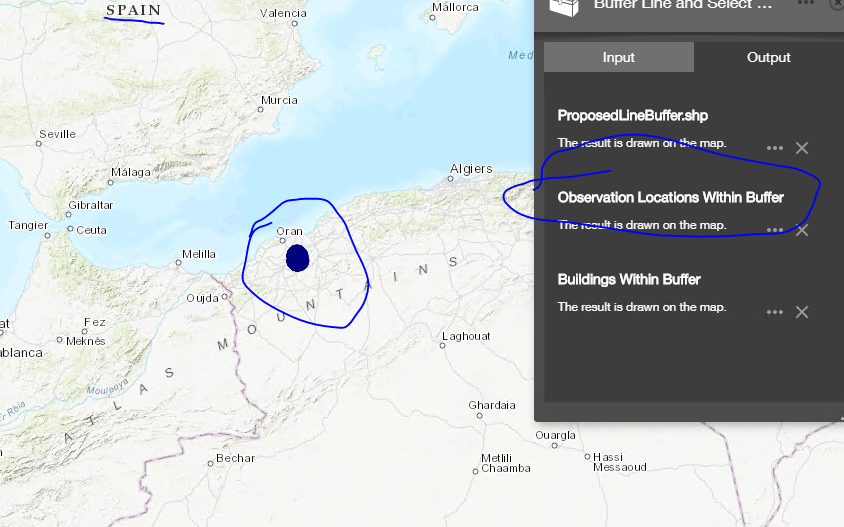 My assumption is that the select tool would simply create the points in a new layer with the same projection (as it seemed to have done with the buildings layer). What am I missing?