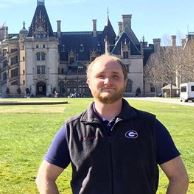 In my web app I am trying to make it where people can bring in outside GIS data (Shapefile, KML, or GPX) and append it to the already existing feature service layers within the app. I've tried creating a very simple model (using the append tool in ArcGIS Pro) to export as a geoprocessing service to be used within the Geoprocessing Widget in Web App Builder (developers edition). However, when I try to run it the following message occurs: type GPMultiValue:GPFeatureRecordSetLayer is not supported for now. This message occurs for the input parameter (where you bring in outside gis data to append to the feature service). Does anyone know if the append tool is supported as a geoprocessing service for Web App Builder? If not, does anyone know of a custom widget or better process for appending outside GIS data into a Web Mapping Application Feature Service Layer? 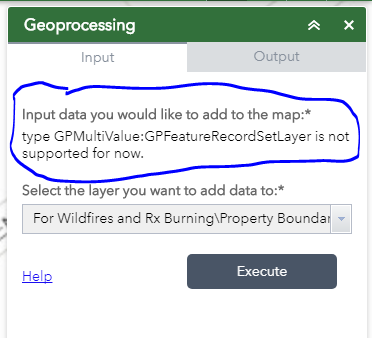 I'm curious to know if you ever got to the bottom of this. I'm trying to do the EXACT same thing and cannot figure out for the life of me how to do so. I've yet to find any useful documentation on such a thing. It seems to me like this would be a very common workflow.

ESRI?? Anyone out there??

Sorry but I never have been able to get this to work. I have a widget that will append kml files to a feature service, but that's all. It was developed for my agency by a vendor several years ago. I'd be happy to share it with you if you'd like.

That would be great if you don't mind. If nothing else I'd like to take a peek under the hood to glean some insight on how it was done. Is it possible to share content through GeoNet?

Sure. I've added it as an attachment to this question. Let me know if you have any questions.

Has anyone gotten this to work. Agreed that it would be a very useful tool!!!! I have it loaded in my webapp but I do not see where to point it to a featurelayer to append too.

I had the same issue when directly publishing an 'Append' tool. However, you can create a model in the Model Builder and put the 'Append' tool inside the model, and when publishing, check the 'Uploads' in the Capabilities -- Geoprocessing tab, then publish. The 'Geoprocessing' widget will allow you to upload a zipped shapefile.