Recently we assembled a few hundred contingent values. (because we can't have multiple sub-types or nice things)

We published the layer to AGOL and found that the Smart Editor Widget (and the attribute table) do not honour the Contingent Values created in ArcGIS Pro.

Can the Smart Editor widget please be updated to allow this functionality? 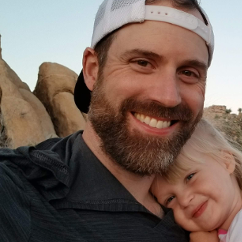 Contingent values are currently supported within ArcGIS Pro alone.  Please review this related idea to add your vote or voice for this functionality:

AGOL and Portal don't handle contingent values, or even Domains in the same way as a database.  Sure, you can publish a layer with a Domain to Portal but once it arrives it gets turned into a list.  That list is then only applied to that feature layer.  If you published multiple layers, they'll all have the same named List but they aren't linked anymore.  If you update a value in a list for one feature layer it won't flow through to the other lists/layers.

You also can't add a layer from Agol or Portal (with a list applied) to Pro and then edit the 'domains'.  They're not read only, they don't even show up.

Fully support this idea and any that are similar (like the one mentioned above).