I used survey123 connect to create a survey and published it to our ArcGIS Enterprise, however, i can't seem to access the survey when i click on "manage on survey123 website" it comes back  with the "The survey does not exist or is not accessible." error message, i can't even access https://survey123.arcgis.com/?portalUrl=https://myorganisationdomain.co.uk/portal, returns "The surv...

A couple of things to check:

If you can locate the published service within both portal and the survey 123 website, perhaps check if the survey has been shared to any required groups or the portal organisation, and whether you may be logged into Survey123 connect with an account which does not have permission to access the published survey.

A couple of things to check:

If you can locate the published service within both portal and the survey 123 website, perhaps check if the survey has been shared to any required groups or the portal organisation, and whether you may be logged into Survey123 connect with an account which does not have permission to access the published survey.

It was a browser cache issue, and was fixed after i cleared them. 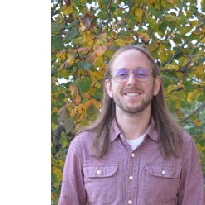 I am having a similar issue where I cannot log in to https://survery123.arcgis.com/ with enterprise credentials.  I can access it using AGOL, but need to create a survey in portal.  I am getting the same error that the Original Poster noted.  Cache clearing did not solve the issue.

This may be a silly question, but is your Portal account a Publisher role with a field app add-on licence bundle assigned to it?

Thank you for responding.  I am not entirely sure how to assign that add-on license.  I cannot seem to find it in MyEsri for download.  When i go to Manage Licenses in Portal it says "No Premium Applications available".  I know i have already enabled Dashboards for ArcGIS so this should be possible.

I am able to connect to my portal in Survey123 Connect and successfully published a test survey to Portal.  I am also able to access Portal through external network.  So this is definitely an option as well.  I just saw a tutorial using the Survey123 website and it looked much simpler.  Do they have the same capabilities?

Ultimately, I am trying to generate an inspection survey for manholes that is accessible by clicking on the manhole and answering questions in the survey.  I need the table of survey results to exist in our enterprise geodatabase and need to be able to load old surveys into that table so that are accessible in GIS.

Apologies for the delay in getting back to you.

It's good news that you're able to successfully login and publish a test item with Survey123 Connect.

In general, creating forms through the web designer interface is an intuitive and simplified process, but at this stage won't offer the functionality you are after if you want to update a feature class within an enterprise geodatabase. Currently, Survey123 web designer forms are only compatible with hosted feature layers as far as I'm aware. The hosted feature layer associated with a web designer form is created in your Portal when first published. Survey123 connect provides the option to publish a web form if you would prefer to have users interact through a browser and avoid the use of the Survey123 field app.

If you'd like to update an enterprise geodatabase feature class, you will need to publish the feature class as a referenced feature layer in your Portal, and create a survey which updates the existing feature service.

Note that once you publish a feature class as a branch versioned (i.e. referenced) feature layer, it cannot be edited directly through an SDE connection and interaction with the layer must be done through the feature service.

Thanks for the information!  I am learning a lot as I continue to work on building a survey in conjunction with our enterprise geodatabase.  I have since constructed it from an existing feature service as you have suggested.  I have not used branch versioning at all and am not sure if it will be necessary, but I appreciate the warning.

Some things to check:

(1).  Your AGOL organization is set up for Enterprise Sign using SAML.

(2)  Your Portal is also authenticating your Enterprise users from the same authentication source.