Survey123 close and save changes to drafts failing 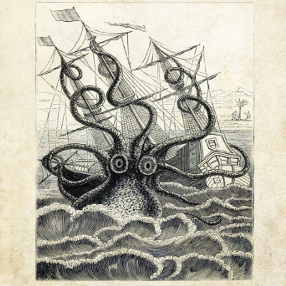 We have been field testing a survey123 application, and our staff has noticed that the option to close the survey, and save as draft sometimes fails. This usually happens if a person has closed the survey already that day, and tries to close out again. However,  it isnt consistent. Sometimes it works just fine closing and saving several times in a row. When it fails, the survey form reopens without going to the main menu, and any changes you have made since the last time it was saved to drafts are gone.

thank you for your help!

Just to clear up a few things, the autosave functionality introduced in 2.4, which is documented here Troubleshoot—Survey123 for ArcGIS | ArcGIS  and here https://community.esri.com/groups/survey123/blog/2017/09/20/talk-like-a-pirate-release-24 is not the same as saving a survey to the Drafts folder.

Autosave will help recover an unsaved survey. If you are in the middle of a survey and the app crashes, you accidentally close the app without saving to drafts, or your device runs out of battery, when opening Survey123 app again the user will be prompted to recover the unsaved survey. The unsaved surveys are NOT saved to the Drafts folder as part of the autosave process. The unsaved survey is temporarily saved in the database on the device until the app is reopened, at which stage the user is prompted to continue or discard. The instance name used will not affect this functionality.

Saving a survey to the Drafts folder is done by selecting the close icon (X) in top left hand corner of the open survey and selecting the option to save to drafts. The survey can then be open again from Drafts folder, and will need to be saved again if the user wants to continually open and close the app and not lose changes. We currently do not have any known issues of the save to drafts option not working as expected. The instance name used will not affect this functionality, so naming the surveys the same is not the cause of the problem. The workflow for users that want to close and open Survey123 app so they can use other apps, is to ensure the save to drafts first, before closing the app.

Are you indicating that when user selects the saves to drafts option via the close icon in the survey, then close the app, that the survey does not appear in the Drafts folder later? If so can you please elaborate on this issue, give more specific details around the workflow (exact steps), device make/model, OS version, app version etc.

As for your second comment "last time I tried it the Inbox still wasn't pulling data in repeats back from the hosted services correctly" can you also elaborate on this, what exactly isn't working or being loaded in repeats? In version 2.5 of the app improvements were made to loading read-only text and note fields via the Inbox. Have you set the correct query parameters for querying repeats via the Inbox as documented here: Prepare for editing existing survey data—Survey123 for ArcGIS | ArcGIS

Hope this helps and please do come back with any further information to help troubleshoot these issues.

Thank you Phil for the thoughtful response.

I did not know about the improvements made to the inbox for creating and editing submitted survey data. I will look into that more and see if it will work for our issues. Bringing in past repeat data for updating/editing was a project goal, so being able to retrieve sent survey data in survey123 will be very helpful.

As to the problem with autosaving/closing and saving, we are still experiencing the same issue. when the crew has tried to close the survey and save to drafts it it doesn't close at all, it just refreshes to the last save point and loses any changes. But now we are having additional issues with a survey failing to submit at the end of a day, so there must be something else making this app unstable. I am guessing that the software on the device having an issue might be an older version, and that might explain some of the issues.

As previously requested, can you provide details around exactly which device make/model, OS version, app version you are seeing this behaviour with drafts not saving correctly?

As for the failing to submit error, this can be caused by several things, have you made changes to your feature service, survey form or permissions after users have downloaded the survey to device? Surveys do not auto update on the device and need to be re-downloaded if you make changes via Connect. What is the exact error code on failure to submit? Please provide more specific information in terms of error codes so that we can more easily troubleshoot. 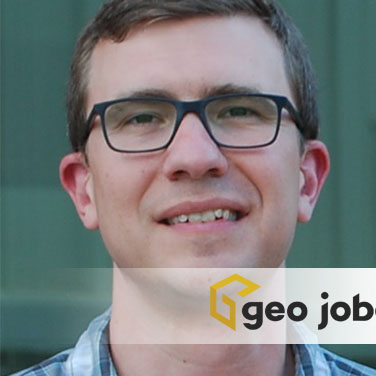 I encountered a similar issue with a survey today, and in my case I am able to reproduce the issue consistently with the same survey.  My setup is:

Could you please share your survey xlsx form? I would like to take a look at the questions on page 2 you are referring to. Is it only those questions that do not save answers in drafts and outbox and on other survyes are you seeing same issues on similar questions with similar parameters or calculations? Just to check, is it all questions on that page 2, or just some, if so which ones exactly?

Would I be able to share the .xlsx file privately?  I'm working with a customer and would prefer not to upload it here.  Let me know the best way to share and I will get a copy to you.  Thank you!

Hi Tim, I have sent you a private message with my email address. Thanks.

I had a look at your survey and have replied via email, however here is the summary of the issue you are seeing:

Saving to drafts is working as expected for all questions. The reason you are not seeing the changed values in Condition 1 and then the Condition 2/3/4… groups is that you have calculations that refer to values on the first page. When a survey is loaded from Collect, Drafts, Sent or Inbox, all of the default and calculations are run on load. This makes sense in some workflows where the values are always required to be updated. In your case, the users are over-riding the calculated values then saving to drafts. Therefore when you load the survey again, the values in Condition 1 revert to the values entered on page 1, which then makes all the other questions in Condition 2/3/4… no longer relevant and the calculations revert.

We have an open enhancement request for this issue and are looking at ways we can improve this behaviour, there is also a bug raised via support for this issue: BUG-000105588.

The best option you have for now is to modify the relevant and calculations on all the groups/questions and have users enter the values as required. Only use calculations on questions where they do not need to be over-ridden with user enter values if you want to load from Drafts or Inbox.

My team is experiencing the same issue.  We do not have any calculations in the form as mentioned above.  In my testing it seems that this behavior is random.  Sometime, this happens on my first attempt to save as a draft, sometimes on my 10th.  The form was published using the latest version of Connect and is being completed on the latest version of Survey123 on a windows PC.  My survey contains 5 pages.  One survey record often requires at least a day to complete, so we are saving often.  When the save as draft is successful, it takes us to the expected 'Draft' folder and I can see my recently saved draft.  When the save is unsuccessful, it takes me to page on of my survey and all input since the last save is lost. Any additional thoughts?