select_one results do not show up in Inbox

I setup 2 simple surveys both using the same "service" (that is, the second one uses the first one as a feature service. The second one has the Inbox activated so it can see the submissions sent from the first.

This works, the second survey gets results in the Inbox and can view and edit them. However, the select_one question always appears blank in the second one, even thought it was filled in the first one.

In the Demo I first fill out the survey and submit it. Then I go to the second survey, to the Inbox, refresh where I see the survey I just submitted, then Edit. I can see the value I entered for the number, but the select_one question is blank.

What version of Survey123 Connect and field app are you using?

What are the value types of the rating question in th choice list, strings or numbers?

Are you able to share your xlsxform file (xlsx file from survey folder) so we can take a closer look?

Here are the versions: 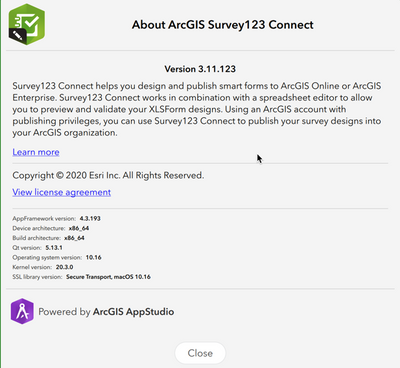 I am attaching the two spreadsheets below.  Thanks!

Thank you for passing along the XLSForms! I've tested on my end and I am not able to reproduce the same behavior: 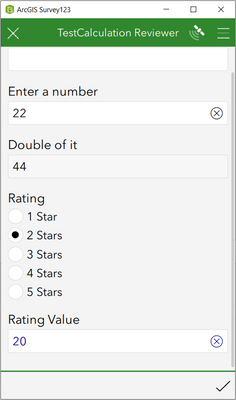 The first thing that comes to mind is maybe when the original TestCalculation survey was published the option to Create coded value domains from choices may not have been selected.

In ArcGIS Online if you navigate to the Item Details page for the hosted feature service your surveys are pointing to > select the Data tab > Fields > select the Rating field > Does that field have a list of domain values? 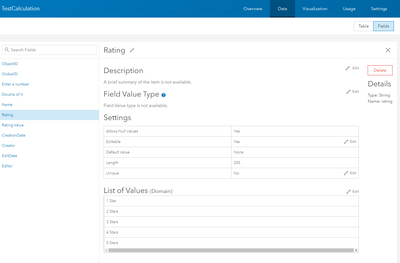 Thanks, but, I am new to arcgis. I managed to find the "hosted feature" that corresponds to the TestCalculation survey in arcgis, but, I can't find the page you show above. I don't know where to click to get to the "Item Details page". This is as far as I got: 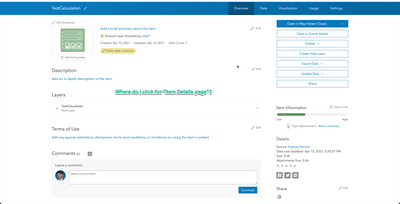 Ok, I found it. It does have a list of values: 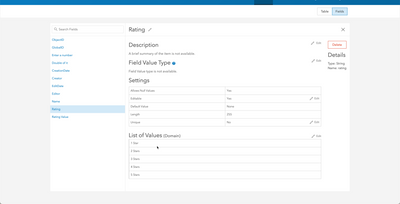 Well, I tried it all again and now it works.

I did not change anything so, don't know what was the problem.