Can I have two different survey forms linked to, and update, the same feature layer?

My ultimate goal with the below workflow is to be able to have users use one survey form to identify works to be done, then a second form to be used when the works are completed, but the data in the back end be a single table (feature layer) to simplify everything.

Then I manually added a few fields to the newly created AGOL feature layer in order to store answers from a second survey I wish to create.

I have then created the second survey form using survey123 connect to populate these above fields (rural tree inspection - sign off.xlsx).

When I created the new survey, I selected the option 'Feature Service' as per below, in the hopes that when the form is completed and ready to upload, then the form will edit the original feature layer created when the first survey form was published.

Then created my questions as described above, setup the INBOX so that with this second survey will be used to sign off tasks created by the first survey, also included a where clause: 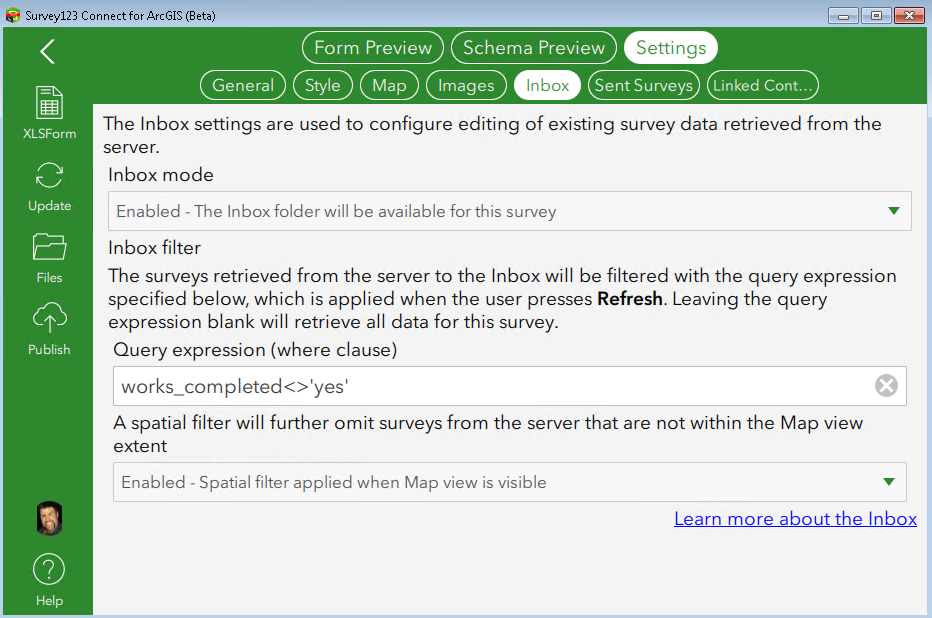 I then try to publish, but I get this error:

which I am a little confused about, as I thought by selecting 'feature service' from the new survey screen I was telling this survey to update an existing feature service, but this looks to me as though the form is trying to create a new survey for a table that doesn't exist.

I feel like I am close to getting it to work, but just have missed something simple!

I have attached the two spreadsheets being used to create the form in the hopes it explains what I am trying to do a little clearer (note I simplified my fields in this question/thread, there are a couple of extras in the spreadsheet which I do not think need to be mentioned here as they will just complicate what I am trying to achieve).

Ismael Chivite I think I mentioned this workflow to you late last year but I may have missed something in your instructions, is the above something that you think should be able to be done, have I missed something?

Thanks in anticipation everyone. Cheers