Appended attachments not recognized as Photo or Sketch

The existing survey has 3 sketch fields and 1 photo field:

photo-YYYYMMDD-HHMMSS.jpg where photo is the question field name

And the sketch images have a similar naming convention field name - date - time:

Using ArcGIS Pro and the Append tool, maintaining attachments, I have successfully bulk loaded survey records with attributes and all attachments.  The attachments show as expected the AGOL Map and in the Dashboard.

The Survey123 website data tab  does not recognize the attachments as Photos or Sketches though, just as Attachments.

For example, the attachments for a record entered though iOS are correctly classified under the headings "Sketches" and "Photos"

Similarly, using a URL call to edit the records from a Dashboard, a record loaded via the iOS app displays Sketches and Photos in the web form: 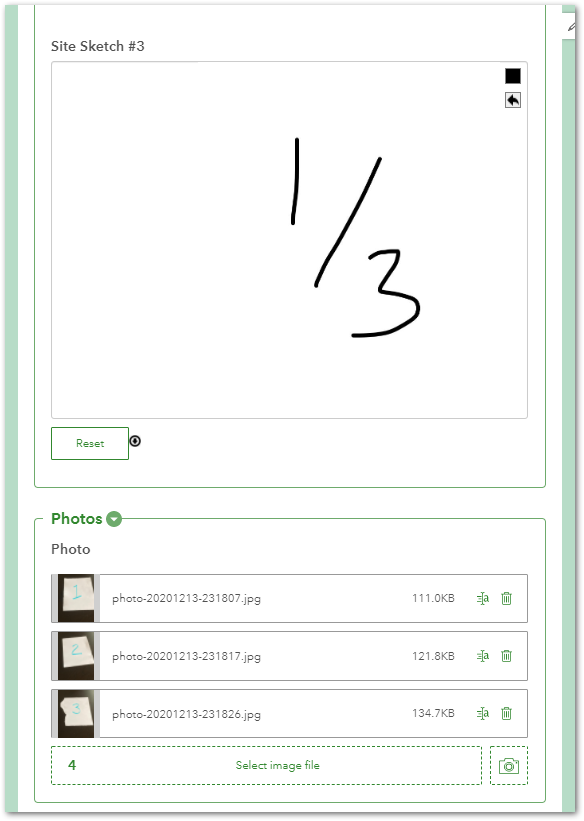 But records loaded via Append in Pro have only the attribute data correctly loaded.  The attachments are loaded but they are not recognized as such : 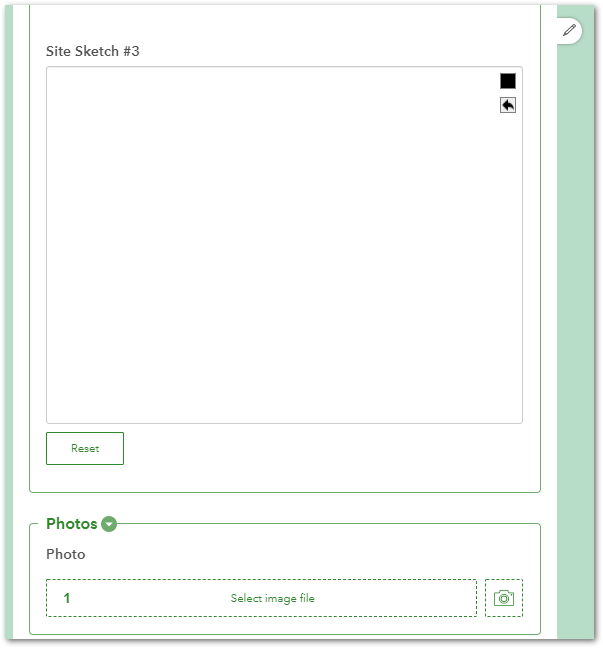 How does Survey123 know which attachment belongs in each field for a record?  My guess was that it was the ATT_NAME file name prefix being the corresponding field name?  But that's not working or I'm not doing it right (e.g. do timestamps have to match the record's time stamp exactly, those I faked for uniqueness?).

This must be a edge case with no response from the community.

Do any of the Survey123 experts have any ideas on how to get attachments recognized as photos or sketches in the Survey123 web apps?

I have the same exact question. It's disappointing that you haven't received a response given the amount of effort and clarity you put into this post. Did you ever get your problem solved?

No, but I have got a lot of other questions answered, so swings and roundabout :)