I know the classic/earlier version of ESRI Story Maps allowed for multiple editors through setting up a group and sharing the Story Map application to the group so it would be accessible to edit for all members of the group. Doing that same workflow for ArcGIS Story Maps appears to not allow the members to edit. Am I missing something, or is this still not fully-realized in this new version of Story Maps?

Just so the workflow is known, this has been my process in the past:

2) Create closed group of me and members who are allowed to edit Story Map.

I've been able to get the story published and a colleague is able to go to the ArcGIS Story Maps page through the App Launcher window and view the map. When viewing the map and signed in, there is an "Edit" button, but when she clicks it, an error shows and says the builder cannot be loaded.

Thanks to anyone who can help!

Hi Nathan -- Collaborating on a story for non-admins has been possible for many months. While an admin does initially need to create a group in which the members can update all items, once that step is complete there's no admin involvement needed.

Please see this blog and the ArcGIS StoryMaps documentation for more information on setting up collaborative workflows: 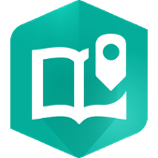 The new ArcGIS StoryMaps doesn't support group editing just yet, but we plan to add features for collaborating on stories in the future. For now, only admins and members in a custom role with the administrative privilege to update all items in the organization can edit someone else's story.

So it's been a year and I see this still isn't possible? Some of us wanted to collaborate on a story map for a conference and when I try to share it with a edit capabilities group it says it's not possible. I'm not giving people elevated admin rights just to edit a shared story map? Can't this be updated?

Hi Nathan -- Collaborating on a story for non-admins has been possible for many months. While an admin does initially need to create a group in which the members can update all items, once that step is complete there's no admin involvement needed.

Please see this blog and the ArcGIS StoryMaps documentation for more information on setting up collaborative workflows:

So why do i get this then? Is this another example where Esri has made it so that when you go to the most obvious place you can't do something but you have to go through a different series of steps to get it to do what you want?

So when I go to share in the Story Map, which is the most obvious step, it says I can't share it with the group. But instead, I actually have to go to the item and share it that way? This is like the old way of sharing maps all over again. Why can't Esri build in the correct sharing settings in the Story Map I'm actually editing? Instead I have to save it, go back out to the item, and then it lets me share it? What a backwards way to do things.

Hi Nathan -- Thanks for sharing your thoughts on this. I apologize this has been frustrating for you.

Yes, this is by design. We built friction into this process because, until very recently, there was not a mechanism in place to warn authors that someone else is editing at the same time. We did not yet want it to be easy to share to a group with update capabilities because of the potential to encounter issues if you weren't aware of the limitations. We wanted to maximize the chances that people who learned about this had the right information and ideally have read our documentation--which outlines what is and isn't supported and the applicable warnings. I'm referring to this documentation link that's also referenced above in this thread: Coauthor a story—ArcGIS StoryMaps | Documentation

We are currently evaluating the simultaneous editor warning that was released a few weeks ago, and when we are comfortable it is working as we expect we plan to unblock the ability to share to update groups from the story builder.

"Coauthor a stor-ArcGIS StoryMaps | Documentation" is a dead link (https://doc.arcgis.com/en/arcgis-storymaps/author-and-share/co-author-a-story.htm )

Has it been moved or removed?