I'm running into a strange scenario when using GeodatabaseFeatureTable:

I have a hosted polygon feature layer in AGOL. It has the default shape length and area fields (Shape__Length, Shape__Area), and it has two additional fields which I created called Shape_Length and Shape_Area: 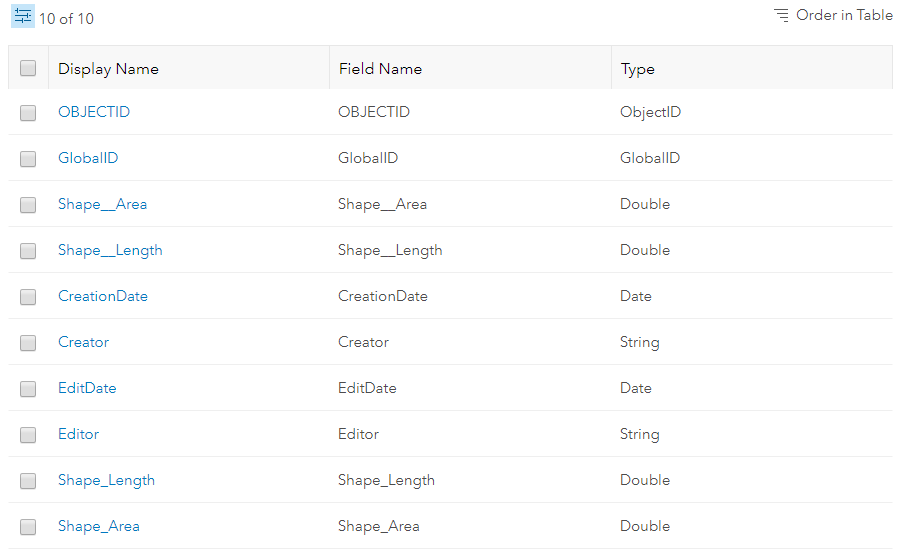 I've created an offline map area for a web map that contains this layer, and I'm using it via a FeatureLayer with a GeodatabaseFeatureTable. When I query the feature table, every feature that is returned has the following unexpected attributes:

Note that the double quotes are actually part of the attribute name. I've tested this with several hosted polygon feature layers and the behavior is always the same. Here is a screen shot of the Feature object's attributes:

I'm assuming there is some sort of special handling going on since these are ArcGIS system field names. Additionally, I have noticed that the actual shape area and length fields (Shape__Length, Shape__Area) are not present in the list of fields for the GeodatabaseFeatureTable. However, they are present when referencing an  version of the same web map using a ServiceFeatureTable. So my questions are:

1). Is there some sort of special handling going on for ArcGIS system fields that causes the appearance of the attributes with the quoted names? If so, is there a better way to get around this than by removing those attributes from the feature before using it?

2). Why are the default shape area and length fields not present in the GeodatabaseFeatureTable?