I'm running into an issue with custom Arcade expressions when formatting a parcel layer pop-up. Let me provide some context first:

If you look at figure 1 below, this is how the pop-up is formatted. The orange box is where I run into my first issue. Figure 2 illustrates that I have three expressions dictating the contents of the Development Standards title and associated data. Figure 3 is expression0 (from Figure 2), which decides whether or not the text "Development Standards:" shows up in the pop-up.

Certain parcels (depending on zoning) do not have data for height, so we used an Arcade logical function to essentially say do not show "Development Standards:" if there is no height data (Figure 3).

The same expression format is used for the data associated with development standards (expressions 1 & 2; Figure 2) and for the minimum setbacks . So, if there is no data for those pop-up attributes, they also should not show. 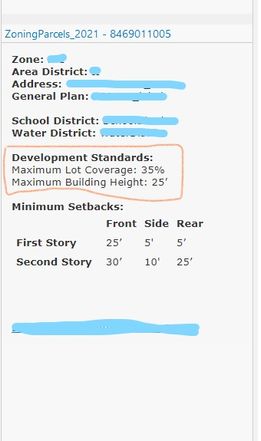 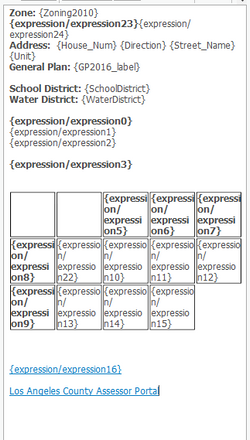 My issue is that even with these expressions that Pro validated, and which actually work correctly in a live webapp we have on our city's website, they are not working in Pro. The "Development Standards:" and "Minimum Setbacks:" section text and numbers are not supposed to show in the pop-up when I click on a parcel that is null/ has no data for these attributes, but they do. The numerical data doesn't show, but all of the text still does.

Might anyone know what is going on here? Thank you in advance, greatly!