My question is pretty simple - Why?

Why ArcGIS Pro?  I can't find anything to like about this application.  The flat GUI makes everything look like background.  The app crashes with alarming regularity.  The interface is worlds away from that of ArcGIS.  Why?   And as with previous major releases it almost seems that the development team had no contact with the developers of ArcGIS desktop.  One might think that the radical changes are a deliberate attempt to force users into ESRI training programs for a hefty fee.

Bottom line - not at all happy with Pro.

ah yes, thanks. I was referring to the training and certification How to Prepare for an Exam

Great question Hector!  ArcGIS Pro is already included in some aspects of the current ArcGIS Desktop certification exams.  Content related to Pro will be included wherever it clearly maps to the skills measured by an exam. As Pro functionality continues to expand we will look to incorporate it more fully into certification program offerings.  As a note, we are currently working on the release of a new Training website where candidates will be able to more clearly see which software versions candidates should be familiar with for each exam.  If you still have questions you can reach out anytime to certification@esri.com and we will be glad to assist.

Whether you like it or not, moving forward I believe ESRI will retire ArcMap (very soon, say 5 years time) and there will be only ArcPro. I can understand the feeling when you are so use to with ArcMap and all of sudden when you struggle to find the same tool that you have used for years in ArcMap into pro, it is very obvious that you would hate Pro. ArcPro from beta through to 1.3 now has improved a lot and Esri is giving their best to improve (I believe so, for their own benefit). Needless to say, Esri's product chokes at times but I have more good things to share than bad

Because employers select employees who can use available and modern tools.  ArcGIS Desktop 32-bit tools are not modern, and soon enough will not be available.

Cheers and hang in there.

I just do not understand the animation on ArcGIS Pro. It does not look right and I have no idea how to add the legend or title to my video. ArcMap just seems more easier to do. 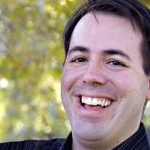 Yes, adding a title and/or legend (image) to your movie is pretty important.  The development team here at ESRI is currently implementing the functionality to add titles (text elements) and images.  These added tools will be in the next release (1.4).

ArcGIS Pro is the future.  It is designed to work with GIS services and is being positioned as the premier tool for GIS analysts to work with GIS Data, especially from the web.  ArcMap was not designed to work in such an environment.  It is not cost efficient for software companies to reverse engineer their old products to work with new technology, and it does not make any sense for them to continue intense development for both products.  I believe you will see more and more functionality added to ArcGIS Pro that is not added to ArcMap.  We are seeing it already with vector tiles.  While you may not be ready to make the jump now, eventually there will be a reason for people to make the change.

Another motive for ESRI is to change their revenue stream.  The new licensing model is based on named users on subscription, while the old model was based on a shared bank of concurrent use licenses with annual maintenance fees.  Concurrent use licenses are often shared by large numbers of people.  Imagine if the 20 shared licenses could be turned into 80 named users.  Then those 80 users will also need access to premium apps that are also assigned to named users and not shared.  By enticing existing customers into the new applications, they buy into a new licensing model which will help generate more revenue without forcing the software company to generate new sales.  ESRI is certainly not the only software company doing this.  It is a trend in the industry.

I shared this question for a couple of years.  But no longer.  I'm nine days into a cold-turkey quit of ArcMap.  Big user requests that have been put off for years by Esri are showing up implemented and stable in Pro 1.3 like: Design view for attributes.  Rename and reorder your fields, yes; and not just aliases!  Tweak one or twenty items, then Save those changes to a revised schema.  People have wanted that for more than a decade, and now it's here.

Consistent, more purely Pythonic approach to geoprocessing.  I was a bit put off at first by having to go to the little red lunchboxes so much to do my stuff, until I realized that that Geoprocessing pane was accumulating my last 20 functions and suddenly I stopped hunting.  Everything is Python, so instead of calc'ing in some <NULL>, its now called 'None' and the single quotes are not needed.  That works for me.

Lots of editing for me this past week on building footprints; quickly I find a workflow like select in attribute table, Zoom to Selected is right there, Merge stays open and docked, then on to the next one.  This is nice!  Split polygons with or without a selection?  I'll take three of those!

Want to get started in 3D?  Finding the Procedural renderers without need for a CityEngine license really makes my day.  And when that fancy rendering is taking place, my workstation is firing on all 8 threads and yet the interface stays pretty responsive.  That ain't never gonna happen in a 32-bit app that derives from MFC tools released in the Windows 95 era.

For myself, after less than 10 days, I'm only going back for very specific things: ArcGIS 10.4.1 for Desktop gives me more stable ability to join 16 attributes from three different tables to 150,000+ polygons, so I use it for that and get right back to Pro.  Creating a new Feature Dataset that is defined for both local horizontal grid and also for standard Z datum?  That is doable in 10.4.1 and I can't figure out how to specify Z in Pro 1.3 right now.  But in 10 days, that's two *very* narrow actions that were better in Desktop. 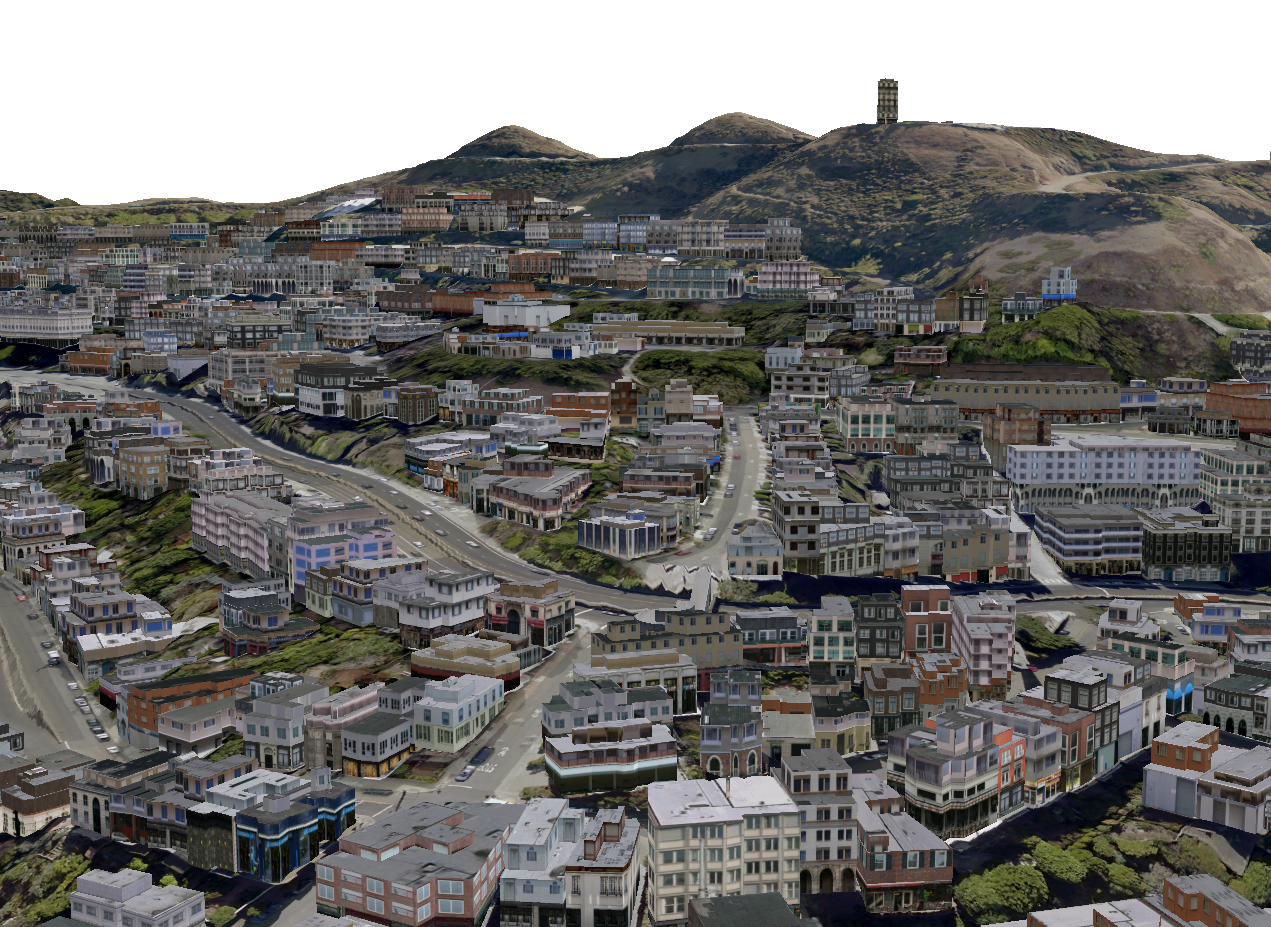 By way of disclosure, I learned Arc/INFO at 4.01, found reasons to use ArcView GIS from 1.0 to 3.2a, and saw Jack Dangermond outshine Steve Jobs at the plenary where 8.0 was announced.  So 16 years with a 32-bit app really does seem long enough to file for separation without too many regrets!    Maybe keep trying?

Hi Paul. Thank you for sharing your experience. Customer feedback is the primary driver of ArcGIS Pro software development for the Desktop team. If you’re interested in speaking about your thoughts and sharing your crash dumps with me, I’d be happy to setup a call to help investigate.

As other folks on the thread have explained, ArcGIS Pro was designed to address long-standing customer feedback regarding the need for a 64-bit Desktop application, multiple layouts in a single project, and 2D/ 3D integration, among many other requests. The interface design is different from that of ArcMap, with the intent to make your maps and layouts the focus of the project. There will be an additional option to change the theme of the interface in a coming release of the software that might address your feedback, so definitely keep an eye out and let us know what you think.

I’ve found that the most effective way to get started with Pro, is to import your existing MXDs and attempt your workflows with the use of the contextual, ribbon-based interface. Many customers have expressed that the experience is different from ArcMap, but after spending some time in the ArcGIS Pro application with their own maps and data, the benefits (many as mentioned throughout this thread) and ease-of-use becomes more and more obvious. There are also some great online resources available that can help you to become familiarized with the interface and to migrate your existing GIS work.

Please continue to provide your feedback here and in the ArcGIS Ideas space. If you have any questions please feel free to personal message me. Thanks!

Kirsten, can I send you two recent dump files that have been hanging ArcGIS Pro? I looked into the monitor but could not determine what was causing the app to hang. They are 4gb each.