Seeing how many questions I can ask this week.  JK.  This MUST be a bug (still?) https://community.esri.com/t5/arcgis-pro-questions/map-series-export-to-multiple-pdfs-not-maintainin...

My situation is not the exact same as referenced post, but really simple (I replied there as well for potential feedback).  I have a map series index layer (rectangles) of various sized rectangles.  Approx. 20 indices with 7 unique sizes.   Here are half of them: 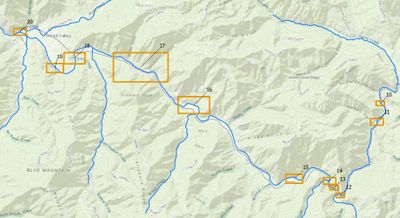 Despite setting the Map Extent --> Best Fit Extent --> Margin Size 0 (percent, points, or whatever) in Layout Properties --> Map Series, my margins come out differently for the different sizes in the generated Map Series. 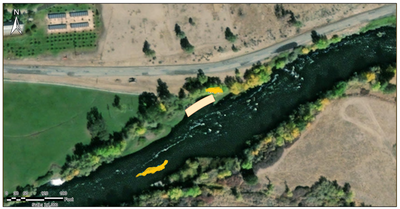 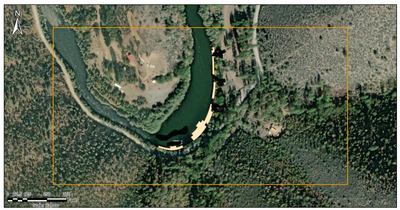 This pattern repeats itself for all indices.  Anybody know the answer or solution.  Seems perhaps to be a known bug since 2020.  I just want 0 margin and sometimes a consistent margin 10% or whatever the Desktop Data Driven Pages default was.

Thanks for the additional information and screenshots.  The UI screenshot shows "1000" as the round to nearest value. The screenshots show what I would expect if the map series page extent was to round. For example index 1 with a scale of 1:800 would round to 1:1000 (a 20% increase in scale) and show the same result as with a 20% margin.  From the screenshots above it appears your issue is possibly due to rounding.

A technique you may consider is to add a field to your index layer and populate it with a scale for each feature using, ie. 1200, 2400, 4800 etc.  It will take a little figuring to match your layout, but will work well if you have different sized map indexes as you describe.  Then under the Map Series window under Layout Properties, change your map extent to "Use Scale From Field" and select the scale field. 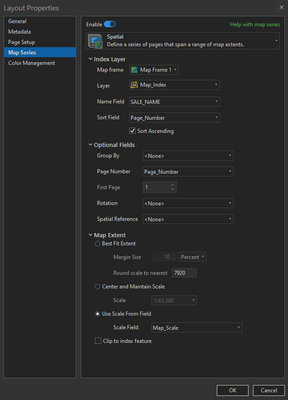 Thanks for the screenshots.  It appears that you have rectangular index features of various sizes. In order to fit the area of each index feature within the set area (height and width) of a map frame the map scale will change accordingly, like if you manually zoom to each feature in a map view.  Unfortunately, Pro does not yet support the automatic resizing of the map frame.

The Best Fit Extent option has a "Round scale to nearest".

Are you rounding the scale? This might account for what you are seeing. Of course, if you want the scale to round it is expected that the rounding may affect the area shown in the map frame depending on the relative size of the index feature (i.e. the map scale in which the feature would "fill" the map frame) and the digit set for rounding.

I did some quick testing to confirm that there is not an obvious bug with this functionality and did not find any. It is working as expected. However, that does not mean there is not a bug. It just means that my testing does not include all the variables (settings, data, etc...) that lead someone like yourself to run into an issue.  This was the case with BUG-000133166. And it may be the case with your scenario.

If that is the case, and you issue cannot be resolved by adjusting the value for scale rounding, then can you contact Esri Support? They are better equipped to handle troubleshooting steps and gather bug data. They can be contacted at https://support.esri.com/en/contact-tech-support.

Hi Tom - I appreciate your response, apologies on delay.  Been busy.  I suspect what's going on is that what's presented as a continuous knob is actually a REALLY coarse discretized knob.  Like a cheap Walmart flashlight with a smooth dimmer knob, that really only has 3 mechanical clicks (dim, medium, bright) underneath the plastic.  The code is probably a quickie dictionary or lookup table of some sort where 0%-19% margin size = 0% margin adjustment in practice.  And a 20-39% = 20%.  This is Unfortunate because I've devoted a decent chunk of time creating a custom function that takes a spreadsheet with reference scales per row and outputs a custom Map Series index as a function of those input values and the map frame size (i.e. 8.5x11 inches) .  For instance: 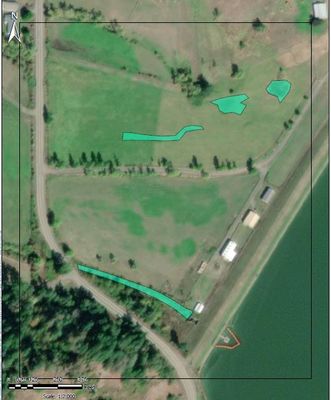 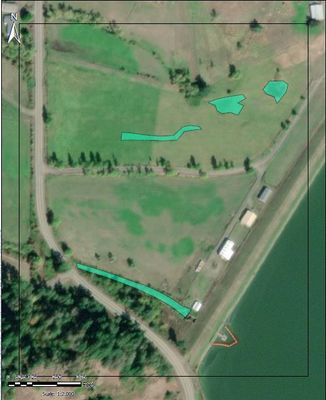 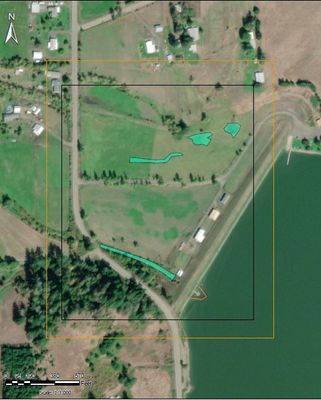 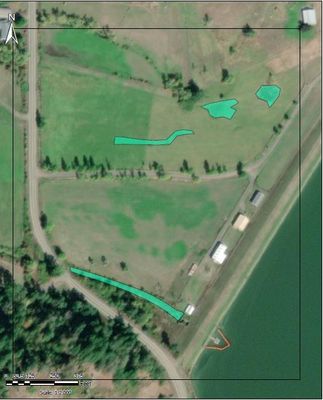 Note that the right image of index2 at 0%, showing the black box, is actually just index1 - same as the black box from upper figures.  The orange == index2.  If I set the margins all the way up to 19%, I still get the right image EXACTLY.  So from 0% - 19%, index2 (the orange) is scaled exactly the same.

See the problem?  For index1 (the inner black box), even from 0-20% it doesn't change, but at LEAST the index is not clipped on the map series pdf.  However with the slightly expanded index, index2, I can't get any margin until at least 20%.  And that won't budge until a margin of 40% I would assume.

So whoever programmed this functionality sold us a toy knob.  Unfortunately this is a theme of ESRI stuff.  For instance saving a Report is incredibly limited.  ArcGIS Collector is unbelievably buggy, particularly attempting to "Sideload" or across operating systems.  It's just frustrating spending time as a professional trying to make a process efficient, and discovering that functionality advertised as customizable is shoddy.  Corrals me, and others I assume, into basic GUI functionality.

If you have any thoughts or questions on the issues that I am having, feel free to seek clarification.  However I would bet anything that I've diagnosed the general problem - and it's not a bug - it's exactly how ESRI programmers designed this seemingly core functionality of the software.  And you are right, I should follow up with Support to see if they can fix this instead of just grumbling...Thanks.

To be clear - when I refer to margins, it is from the Layout Properties --> Map Series which I believe you referenced as well. 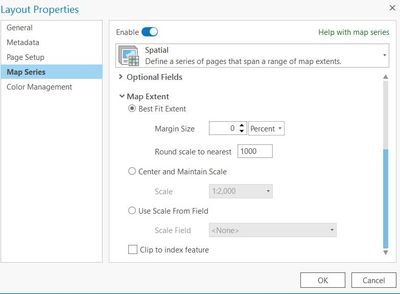 Thanks for the additional information and screenshots.  The UI screenshot shows "1000" as the round to nearest value. The screenshots show what I would expect if the map series page extent was to round. For example index 1 with a scale of 1:800 would round to 1:1000 (a 20% increase in scale) and show the same result as with a 20% margin.  From the screenshots above it appears your issue is possibly due to rounding.

Well, you solved it.  All my grumbling and it turns out that "round scale to nearest..." option referred to scale not decimals. To be fair, it's a confusing set of parameters, seemingly redundant but not.  For instance the margin size parameter is a % value, but THEN we specify the rounding parameter as a function of the resultant scale.  Now that I think about it, that's pretty cool because I ballpark the margins as a %, but then ensure that the resultant scale is a pretty number.  I display scale on my figures and it is nice to have something in increments of say...50 or 100 as opposed to some random Price Is Right answer.  This whole time I thought that Round scale to Nearest was a decimal point, wherein 1,000 = 1/1000th.  See?  Thanks Tom!  Cooler heads prevailed - yours of course...

Oh and apologies on the Walmart knob comparison.  Not to Walmart of course, to ESRI.

Glad I could help!

You guys are giving me memory earthquakes with this one - I barely remember programming all this in ArcInfo's AML/ArcPlot ~ a long while ago...

I think I took the delta x/y's of each "sub-page" index polygon and divided by the known map page size to get it to "auto-scale" properly. Also, might have included a sub-loop there to select the closest scale such as 1" = 40',... 1" = 200', etc. to be able to use the print with an Engineer's scale.

Just responded @BillFox, your algorithm seems more elegant, however I'm not having trouble finding the values based on desired scale and size - it's that Map Series seems to be very, very coarsely rounding my specifications. See response to @TomBole above for details.  I cannot recall if Desktop had this issue.