How to intersect 2 points with outlying polygon

Hello, I am looking for ideas to speed up my workflow for intersecting points with polygons along line. I currently run intersect tool to identify points that fall within the polygons, but there are polygons that fall between the points along the line that do not get captured during the intersect. I am having to go back through and manually enter the "between" data i.e. 1:2 would mean between point 1 and point 2.

Processes I have tried:

The above is a lot of work and looking for something that may do this in fewer steps. 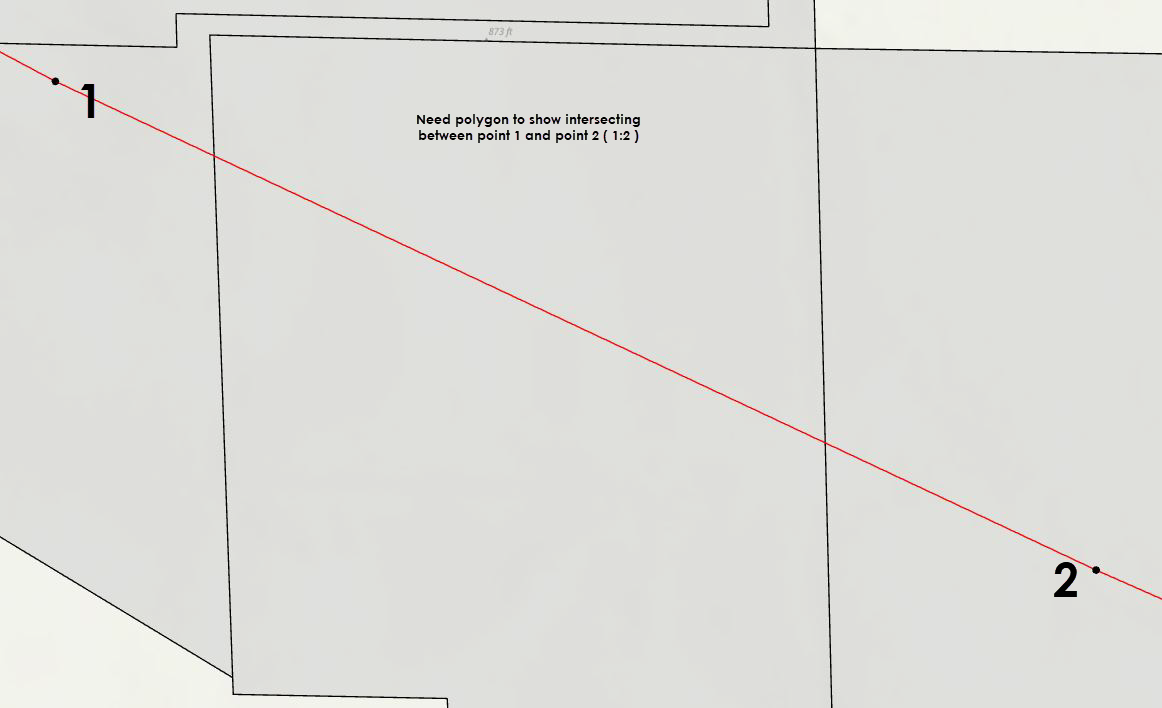 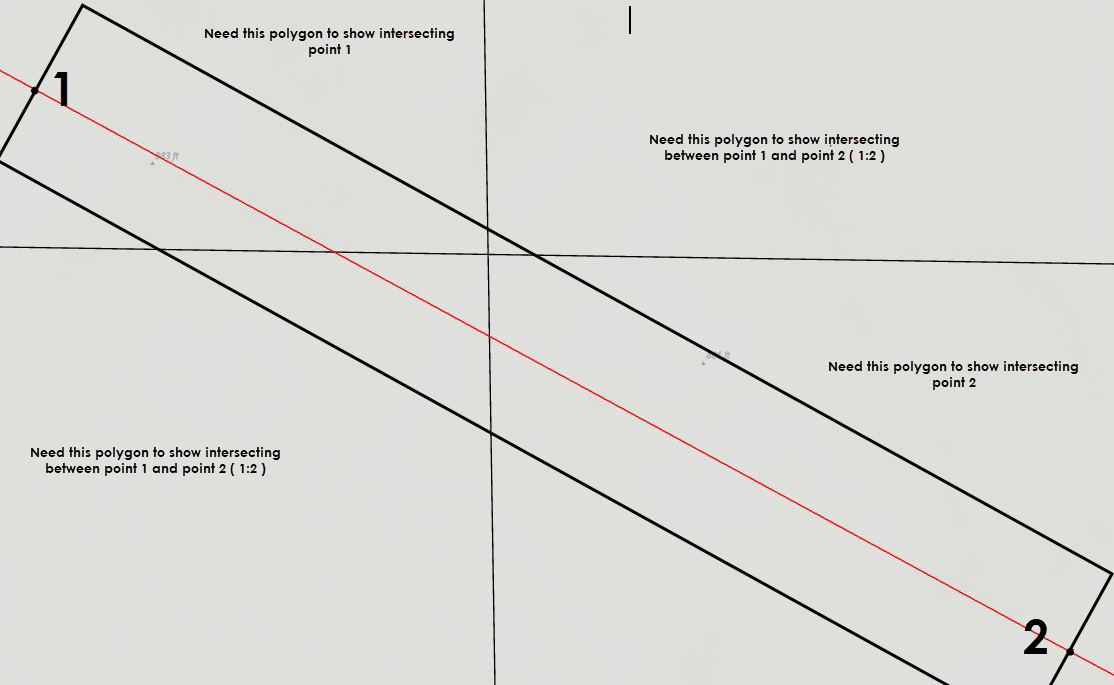