Can you use bus route data to show only street names it travels on?

I think I have to relate the bus route layer to to the street name layer but I'm not sure how to get it to hide streets not overlapped. I thought maybe a definition query.

Okay so using "Spatial Join" intersect 50 feet. The bus service streets are properly selected. Thank you so much for helping and being a sounding board. Sometimes you just kind of have to group think out loud to get where you need to be. 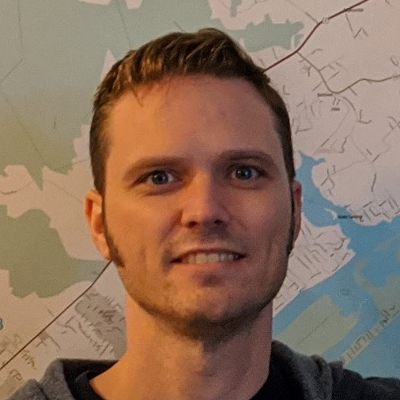 Assuming you have a common field between bus routes and streets (street name?), you could join the streets layer to the bus routes layer and uncheck "keep all target features". That will hide any streets that aren't matched with a bus route.

Unfortunately the bus routes were made with GPS data so I only have Polylines with with shape information. I was hoping there would be a tool that would let me take what that overlaps and use it as kind of a clipping mask for data.

It's tough to link one layer to another if there's no attribute or geometry match between them. You could create a buffer (width TBD) on your bus routes and do a spatial join with streets to pick up street attributes, but that's going to be tough with cross streets. Presumably your bus routes are on arterial streets; could you filter your streets on some sort of road classification?

The buses travel on all types of roads, they also travel on main roads and cross streets. It might be quicker for me to do this manually in illustrator. I was really hoping there was a way to interoperate the bus path in a way that it would be like, "this line is over top this street until it turns and covers up this street." since there are no offsets or wandering paths.

Unfortunately, the bus routes would need to geometrically match the streets exactly. There may be some ways to get them to align, but in the end it's probably no quicker or easier than doing it manually, sorry! I'm still not entirely sure what you're trying to do. Assign street names to bus routes? So that only those street names are labeled?

One last idea. You did mention you envision "clipping" the street data. You might be able to do that. Create as thin of a buffer on your bus routes as you can to get the traversed streets in their entirety. Clip the streets and export them as a new feature class. This will still include very short segments of cross streets, but you can set a minimum feature length for labeling, which hopefully would result in a pretty clean selection of streets that actually have bus routes.

I'm trying to only label the streets that are serviced by the bus routes.

The spatial join kind of worked. For some reason it only picked up 1 street name using "Share line segment with" I think I just need to play around with the match options to find the right one.

Okay so using "Spatial Join" intersect 50 feet. The bus service streets are properly selected. Thank you so much for helping and being a sounding board. Sometimes you just kind of have to group think out loud to get where you need to be.