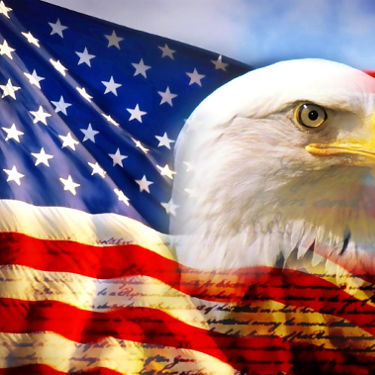 The Transfer Attributes geoprocessing tool only accepts line feature classes as input for Source and Target.  I frequently have the need to transfer polygon attributes to address point features in batches on selected sets of points.  Currently, the only way to do this is to use the Spatial Adjustment > Attribute Transfer tool.  Which means 2 mouse clicks for each address point.  So my question, why does the tool only support line feature classes?  Can this tool be expanded to accept all feature classes as input?  Is there an alternative apart from the spatial adjustment attribute transfer tool I'm missing?  Esri please expand this tool to accept all feature classes in the next new release.

Thanks for posting the request. We are very much interested in supporting all necessary feature types on this tool and other conflation tools. Could you/all please send to me your use cases and sample data (if possible) so we can understand the various scenarios and provide the appropriate design and process? Please feel free to contact me by email: dlee@esri.com

Regarding your particular case - transfer polygon attributes to address point features, could you please let me know why Spatial Join would not work? I just need to know what spatial analysis is needed here. The line to line attribute transfer is done through feature matching, which would not be the case between polygons and points.

Thank you very much!

Just want to update everyone:

First I'd like to clarify: the Transfer Attributes tool (Editing toolbox - Conflation toolset) aims at matching features that represent the same objects with spatial and attribute inconsistency. It currently takes two line inputs, e.g. roads from two sources, and match them based on patterns and similarities. We are interested in supporting point-to-point or polygon-to-polygon cases. For example two sets of polygons from difference sources, representing the same parcels, are spatially inconsistent; and you want to transfer attributes between the matching polygons. The same logic applies to point-to-point cases. The matching process here is not based on topological relationships between the two inputs, such as "intersects" or "contains" as used in Spatial Join tool - Match Options.

Second, I want to thank Jake for reaching out and sharing the sample data. His case is not what's described above but points inside polygons and can be solved by Spatial Join, except he wishes Spatial Join to do the work without creating a new output. My suggestion is to post that exact request - for an "editing" Spatial Join tool without creating an output, i.e. directly modifying input attributes for spatially joined features, for example for points contained by polygons - transfer or calculate attributes from polygons to points.

Jake Krall‌ If you have polygon data and within the polygon is point data with attributes that you want to transfer to the intersected polygons (like an address from a point to a blank Address field for the polygon feature as an example, correct?) - you could use Attribute Assistant.

The Intersecting Feature method should work for this example.

I’ll definitely give it shot, but fyi, what I did was create a modelbuilder tool like that posted to iterate through the selected points and copy the attribute from the parcels to the point. But, this may be better.

I am trying to create a modelbuilder tool that does the same thing: copy the attributes and pastes them. I am new to model builder and am hoping you could assist me with how to write this part of the model, just the copying and pasting. It will be from one point to many points.

Thank you for your time,

You said in 2017 "We are interested in supporting point-to-point or polygon-to-polygon cases."

This is what I'm looking for. Is it on the way? I have two point feature classes representing the same features. All the attributes are actually the same, they are just spatially inconsistent. So I only really want to transfer the geometry. I realize I could delete and load the features, but I would rather edit the geometry of the existing points to preserve their current object IDs and global IDs.

@ColeSutton Thanks for checking in. We have prototyped point-to-point feature matching based on common attributes. We see scenarios where attributes are missing or mismatch. So, we are still working on the details. I'd love to get your data for internal testing. Would it be possible for you to share a sample data with me (dlee@esri.com)? Thanks!