In ArcGIS Pro when showing <all other values> in the legend is deactivated it is deactivated as well in the Symbology Pane and therefore the count of features out of range is not visible.

When “Show all other values” is activated it is visible in legend and in Symbology Pane: 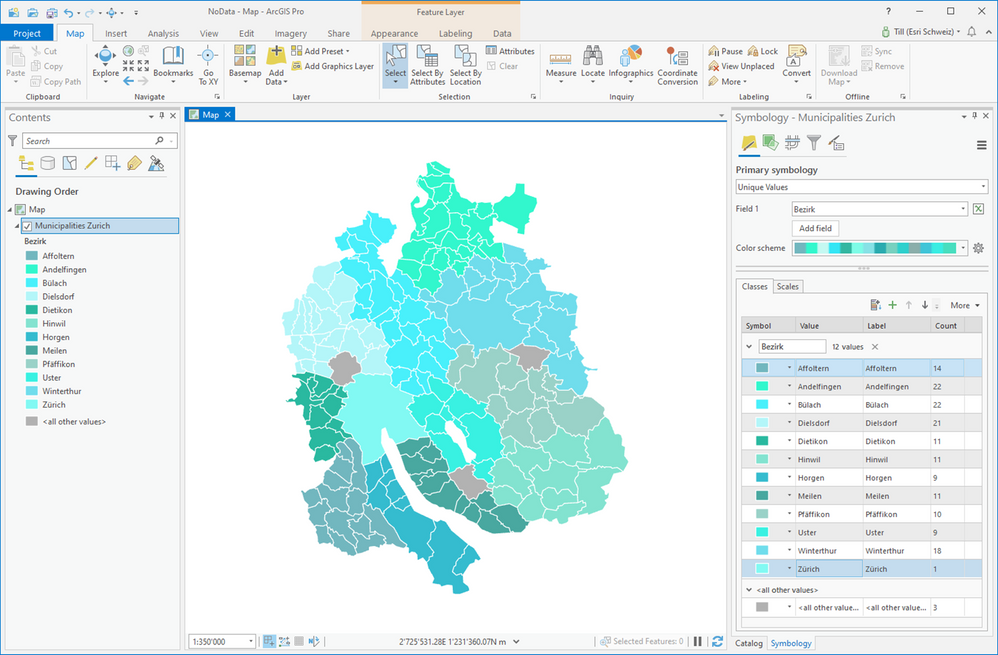 When “Show all other values” is deactivated it is invisible in legend and in Symbology Pane: 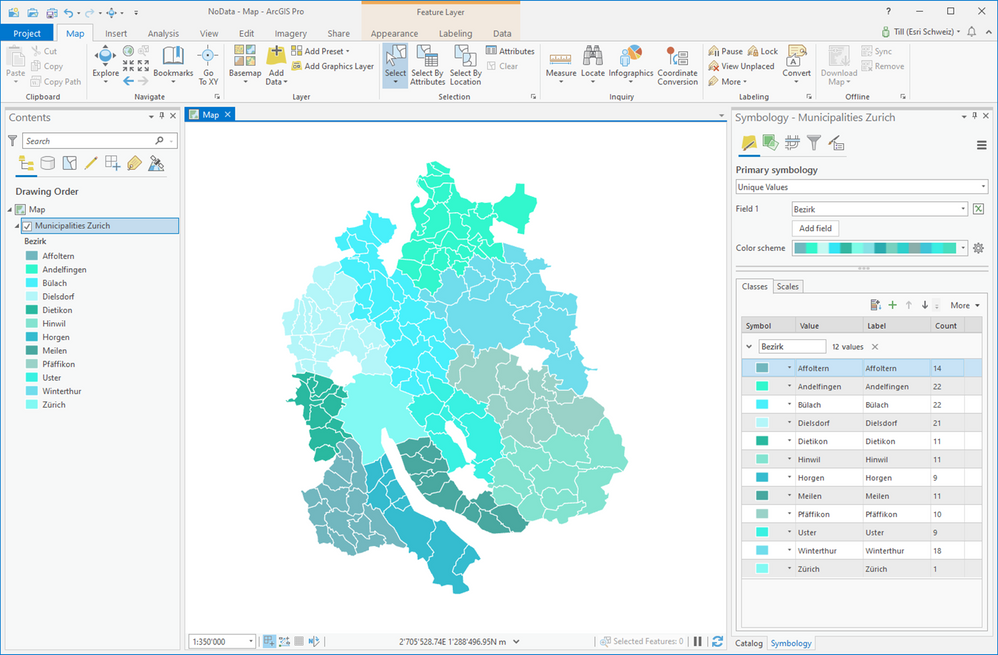 When <all other values> is checked, it is visible in the legend and in the layer properties: 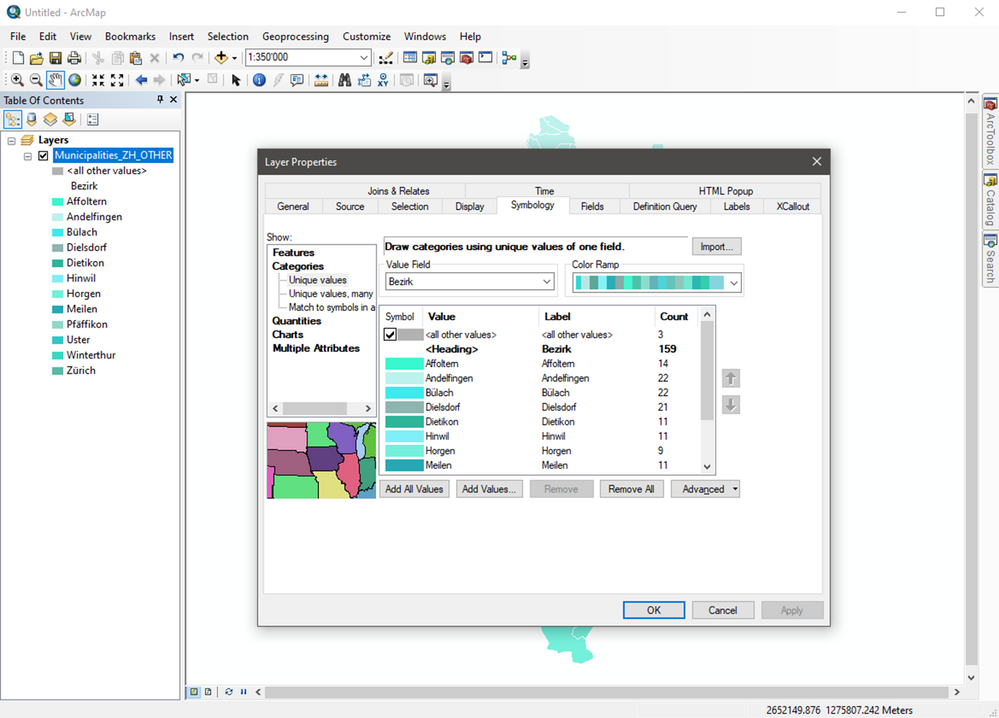 When <all other values> is unchecked, it is not visible in the legend but still in the layer properties. Especially the feature count: 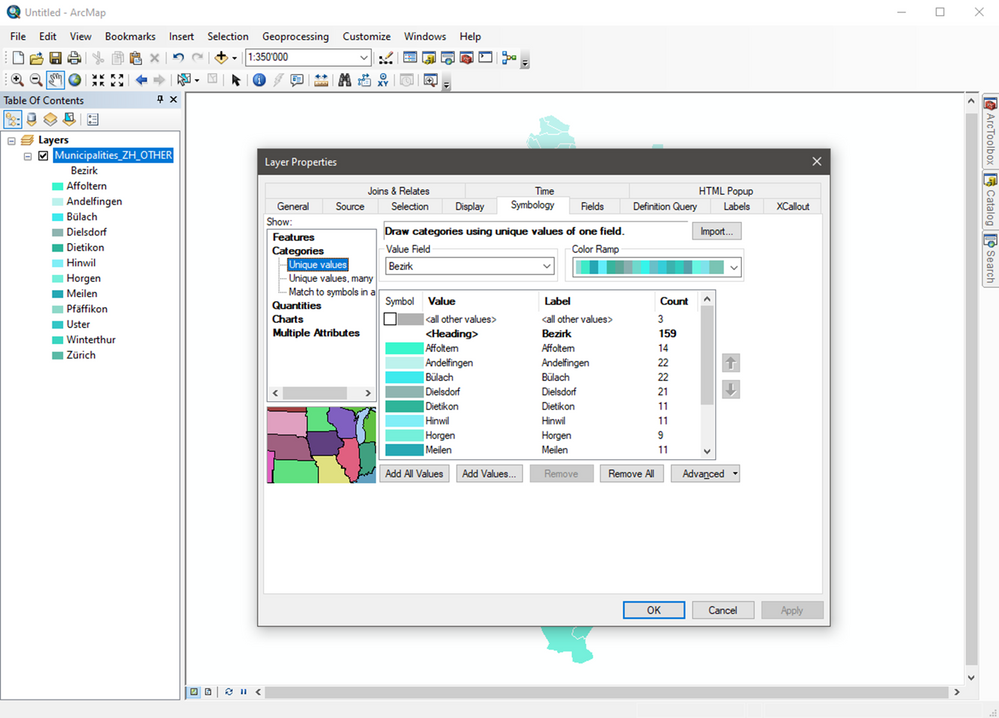 It would be very useful if you could add the following functionality to ArcGIS Pro:

Sometimes data in an existing dataset changes. The symbology for the layer remains the same. We need a functionality to quickly check if we have data in our dataset that is out of range.

Sometimes we get a new dataset and want to symbolise it with the symbology of an existing layer. Here we need a functionality as well to quickly check if we have data that is out of range.

In ArcMap these two workflows were pretty straight forward, and we used it on a daily basis. In ArcGIS Pro the workflow is more complicated and error prone.

This is an excellent idea - particularly when using existing .lyrx files to symbolise layers. Users need to see if their existing symbology ranges apply to a newer dataset.

This functionality is also standard in Mapinfo and would make the transition for mapinfo users to ESRI more viable. 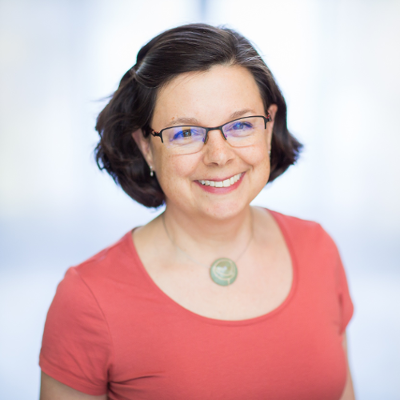 I think best would be if it would be the same as in ArcMap: 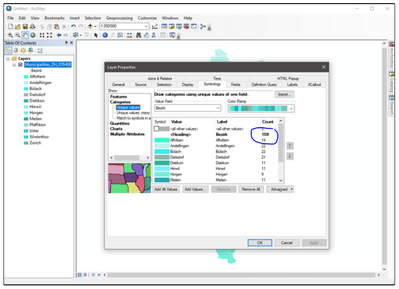 As far as I know this is the total count of all unique values.

Sorry for my late reply, I was on holiday....
I agree with Till, it should be the same as in ArcMap: The total of Unique Values. All others are then counted under "all other values".
In the case of only one heading and if all occurring values are listed, the total is of course also equal to the total features of the layer. In the case of several headings, the total of each heading is shown separately (see marking on Till's screenshot).