It's  too hard to see the actual LAS point data coverage extent. A LAS Dataset shows only the tile footprint area until you zoom in so that only a few tiles are within the view frame. One consequence of this is that it's very easy to omit areas or think you have coverage when you don't.

We ordered data to cover areas left out of the original purchase. When accepting the order we thought it was complete because the LASD showed it that way. It was only weeks later when trying to actually use it that we discovered there'd been a mistake in the Area of Interest. It would have been trivial to clear up that mistake with vendor at moment of delivery. However with the passage of time it is now a whole new purchase exercise.

Work around: For all LASD run Point Statics as Raster. For performance use a cell size an order of magnitude larger than the average point density (10m works well for our data).

It would still be better to have a built in LASD option though. Relying on side-car rasters means care and attention is needed to ensure the raster stays in sync with the LASD contents. It could be rolled into Create LAS Dataset and Add Files to LASD as part of the generating statistics stage, following the model used for generating and consuming overviews for rasters.

Fig: LASD tile boundaries overlain on a point-stats raster. We quickly and effortlessly identify the data gaps without any extra work. No endless rounds of zooming closer and panning and refreshes. 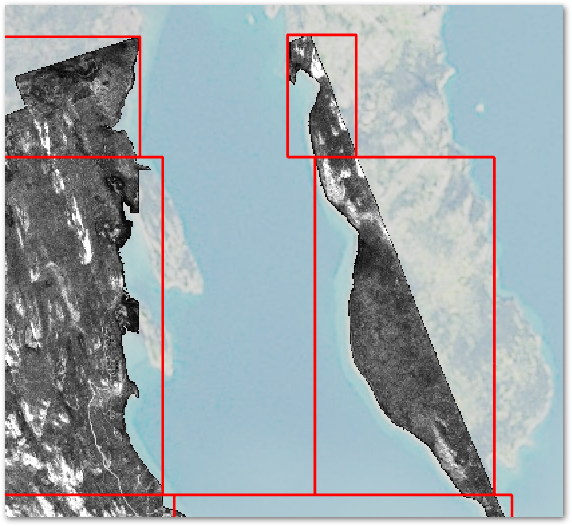