In ArcGIS Pro (2.2.3), when a Preset Layer is added as a Subtype Group Layer, we can't get to the "Design Subtypes" Properties. It would be very useful if this capacity would be implemented.

I see what you're saying, that Design > Subtypes is grayed out:

But my question would be why do you need to re-design the subtypes for a subtype group layer?  It seems to me that changes made to the feature class' subtypes would nullify the existing subtype group layer and that it would have to be removed and added again. 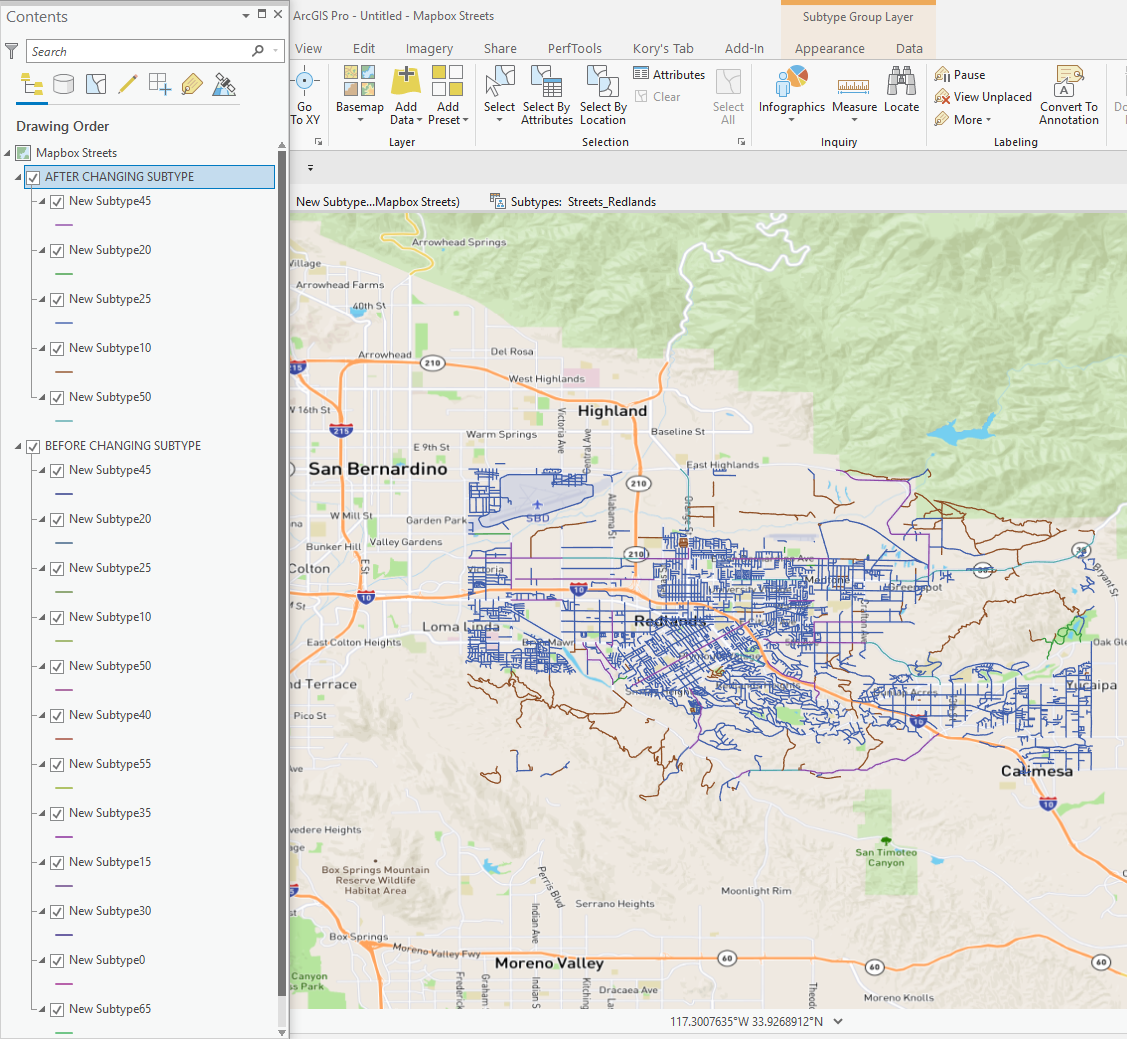 I wonder if there are other users out there that want the opposite; i.e. leave the subtype group layer alone and let me modify the subtypes of the source feature class.

To answer your question : "But my question would be why do you need to re-design the subtypes for a subtype group layer?"

Well, I know there are other ways to set the domain and default values for subtypes but I just thought it would be convenient if the right-click layer from a Subtype-Group > Design > Subtype option would not be grayed out. I am used to access the subtype options this way and now it is grayed out. From there, we could set domains options and default values for this one and specific Subtype alone. Not necessarily Add/Remove subtypes but why not add those options as well if the subtype groups would be dynamic? More functionalities, more convenient and awesome software!

In addition I would suggest to add options not only to modify domain and default values but also Attribute Rules. By the way, how can you have in your print screen options for Attribute Rules and Contingent Values and me not at 2.2.4!? You are working with a pre-release version! heeh So Cool! I would use it now!

Thank for your feed back!