After editing an element ((Feature class or shapefile or annotation) and double-clicking or pressing F2 to confirm an edit can the element then be "unselected" by default?

Right Now, he default is the element remains selected.

Inevitably I return to layout view and notice it's still selected, have to re-activate the map, and clear it and then return to the layout. (I know I'll eventually change my behavior....)

In ArcMap once you hit F2 or double-clicked your element moved but the selection of the element turns off automatically.  You'd need to re-select it to further edit.  I looked under the Project Options to see if this was a setting but did not see any options to change this behavior.

Sean, what version of ArcMap are you using?  Editing points, lines, polygons?

One thing you could do is add the Clear Selection button to your Quick Access Toolbar.

Let me know about what I'm missing about your ArcMap clicks.

The difference is in ArcMap I’m not switching to a view where I can’t unselect them so it doesn’t “feel” like ArcGIS Pro! But maybe adding the clear button to the quick access bar is a solution. The problem is switching back into that Layout view and then having the clear button disappear….

Thanks for your reply. I’m going to fiddle with adding some buttons to that quick access bar to see if that helps me adapt to the new environment.

There is a lot to “grow into”!

All Editing buttons I add to the quick access toolbar grey-out when I work with the map in Layout View/Mode so adding the clear button there does not help….

So the key workflow thing here is that you're saying your switching between the Map and the Layout.

You're doing that because obviously you want to edit.

After editing an element ((Feature class or shapefile or annotation) and double-clicking or pressing F2 to confirm an edit can the element then be "unselected" by default?

Right Now, he default is the element remains selected.

Inevitably I return to layout view and notice it's still selected, have to re-activate the map, and clear it and then return to the layout. (I know I'll eventually change my behavior....)

If you want to be in the layout, but then edit something, instead of switching to the map, you just Activate the map from the layout. 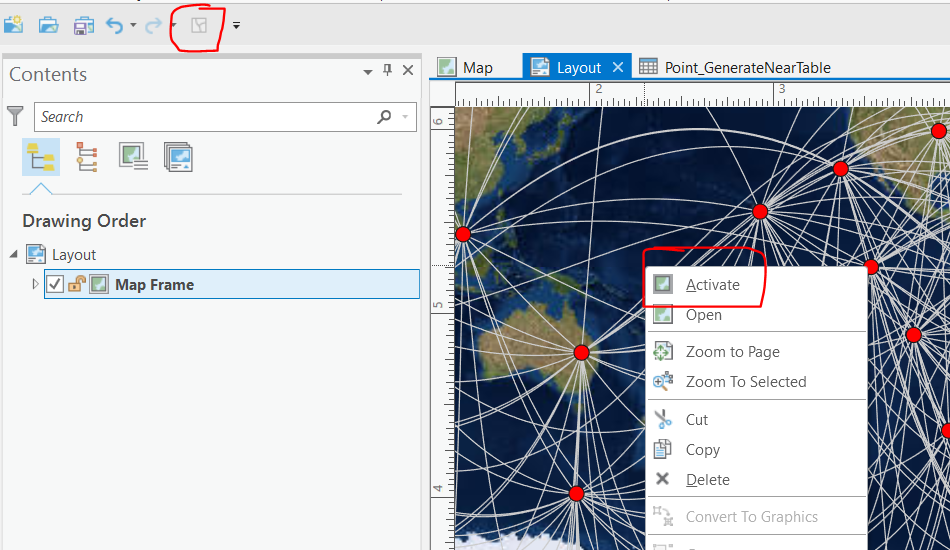 In the image above, I'm in a layout, right-click > Activate.

I can then select, edit, whatever, and the Clear button is active on the Quick Access Toolbar. 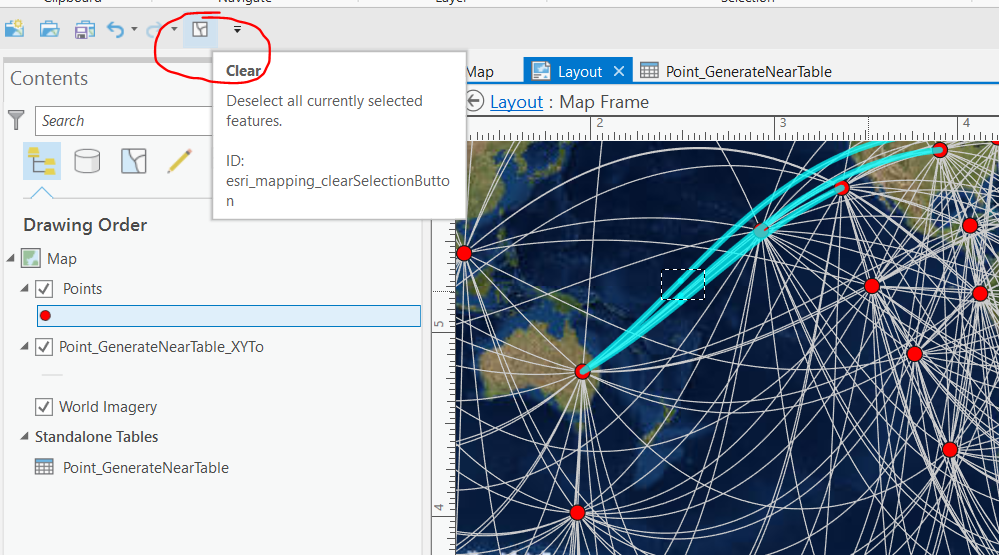 I realize that you're still requesting that once an edit is completed you want it to automatically be deselected.  That's fine and the idea still stands as reviewed.  However, let's consider what that would look like for a lot of editing workflows.

1. I create a point and I want to work with its attributes in the Attribute Pane. 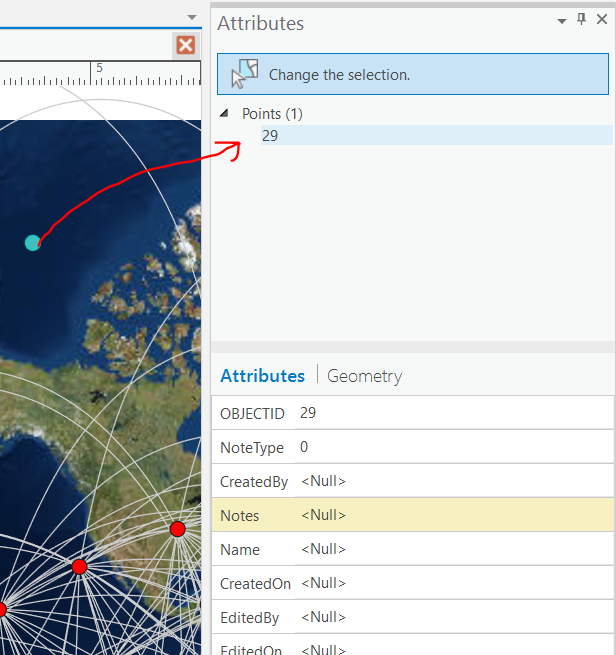 I create the point and it remains selected by default so that I'm able to continue working with that feature's attributes.

2. If the default were that once a feature is created, the selection is automatically cleared, I have to finish the feature, nothing shows up in my Attribute Pane, and then I have to reselect the feature in order to be able to populate attributes.

You are right and I have started using the Activate Map button (in fact I added it to the Quick Access Toolbar).

I think I’m finding my groove in some workflows.

Here is a revision to my original idea: How about when the user reverts back to layout view the element is automatically unselected? OR allow for editing while working in the layout view (My personal preference)? OR allow the user to customize the behavior to their own needs?

Thanks for working with me and your examples. I appreciate seeing some of the basics. Seeing how you might edit features helps me know I’m on the right track at moving my work into PRO. The way we use Arc the transition from ArcMap to Pro is significant so I really do appreciate the explanations/examples.