I am using ArcMap 10.3.1. I have published some polygons as a feature service to ArcGIS Online. The problem is that the symbol of some polygons doesn't show correctly.

After a brief inspection, I found that the problem is originated from the number of layers to define a symbol. If more than two layers are used in a symbol, only the first layer of the symbol will be shown in the feature service. For example, Figure 1 shows that the symbol definition of a polygon in Arcmap has two layers. And Figure 2 shows the same symbol when it is published to the web as a feature service. Only the vertical lines are displayed on the web. How can I show all layers defined in a symbol with correct colors when publishing a feature server? 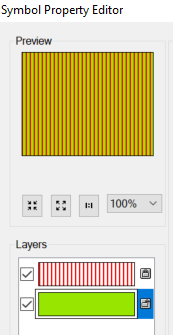 Figure 2: Symbol of the Polygon in Web 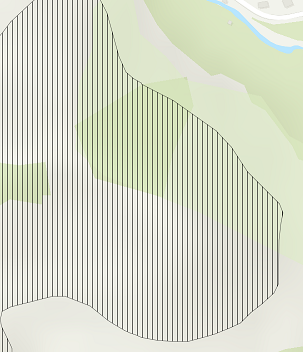