I was attempting to add a blockquote using the button in the 'Configure Pop-up' window:

However, when I view the pop-up, it appears as such: 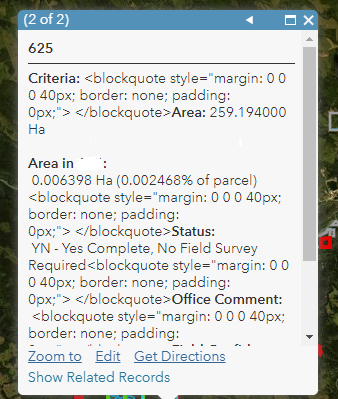 I did not edit the HTML directly prior to this.

In other apps I tried (new Map Viewer, Field Maps), the pop-up does not show the HTML but also does not read the blockquote.

I am not sure if support for Map Viewer Classic is continuing, but if so it would be nice to see this fixed, and if not I think that the options that are no longer viable should be removed from the configuration window / a warning should appear for users (eg. the new Map Viewer has a warning that pop-ups built there may not appear as expected in all apps).

We're looking into this.  This might be an unintended consequence of some recent changes in the pop-up to tighten pop-up security