I have a trail layer in ArcMap that I've published as a hosted feature layer in AGOL. Each trail line feature has a field called "segments". I want to be able to differentiate between the segments in my AGOL web map. I know I have the ability to symbolize based off of a field, but the problem is they are already symbolized by another field that needs to be retained. Basically, I'm trying to add cap's or butt's to the end of each line segment so that viewers know where each segment ends in the line layer. I don't have any restrictions with how that can look. I tried adding a separate line feature with no data attached to it at the end of each segment, but it didn't look professional. I would appreciate any feedback.

Also. I have my hands tied with how I can modify the data in ArcMap. Once it's published the layer symbology/properties in AGOL will override it with how I have it setup in my web map which is want I wanted. 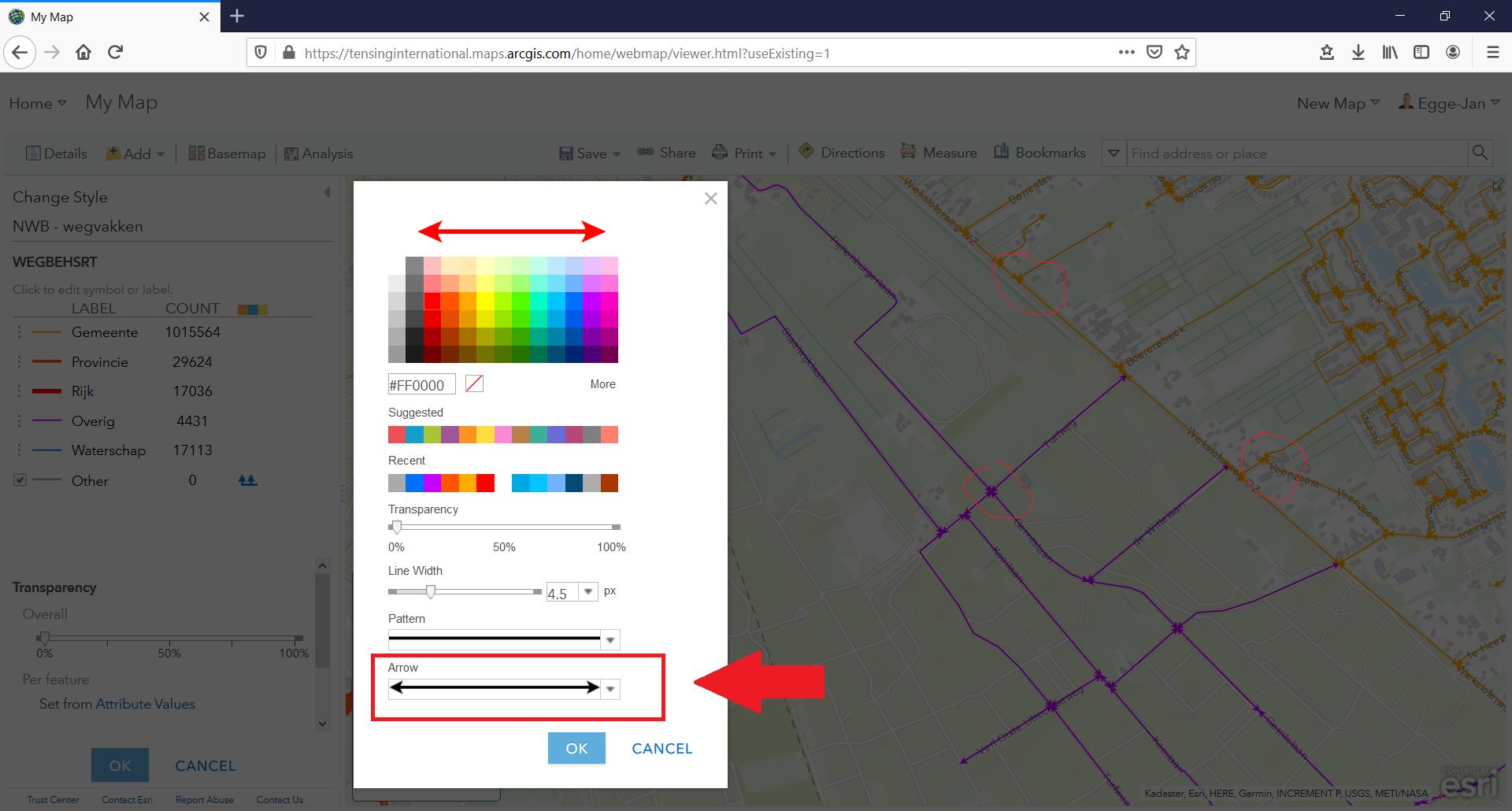 These cap's or butt's you want to add to the end of each line segment, could these be arrows?

In that case you could modify the line style (Change Style) for the lines to have an arrow on both ends.

Does this solve your issue?

Thank you for replying so fast. I have thought about this and toyed around with it, but I'm still not satisfied with how it looks.