We have recently (since March AGOL update) noticed an issue with edits synced from offline maps in Collector. The edits sync successfully but do not appear in hosted feature service views. The primary feature service (from which the view is made) does see them, but they do not trickle down to the view. ONLY after an edit is made to the view through an online map in Collector or AGOL web map does the view update with the edits synced from the offline map. This is a major problem because any views we share with partners do not contain all the data. This jeopardizes our workflow with Collector and AGOL entirely.

Example (part 1) - Two points exist in the database which were synced at different times from an offline map. Only one (left) is visible, while I can still select them both in the map and the attribute table shows two selected while only one is visible. 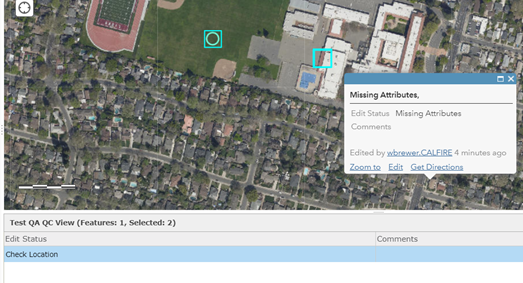 Example (part 2) - If I scroll in the other 'ghost' point becomes visible in the map, map but does still does nt appear in the attribute table even though it says 2 are selected. 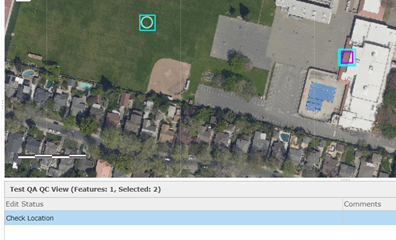 Example (part 3) - BUT when I add a record with the web map editor or Collector online, the view updates properly. All the records draw and the attribute table is correct. Below the red point was added through the edit tool and now all points are visible and 3 features are in the attribute table which is correct. 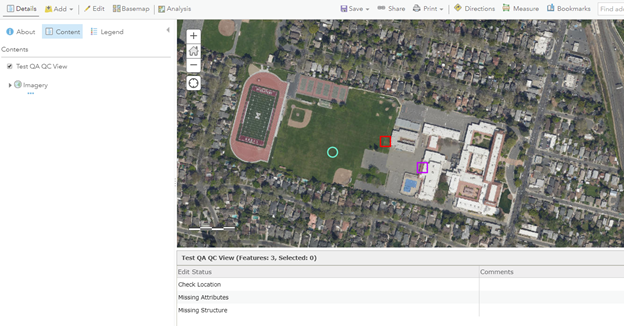 Just an FYI. This issue was successfully resolved in the June 2020 update to AGOL.

Thanks for the post. I noticed it looks like you have an open support case for this. We have also received another similar report through Esri Support and are working to narrow this down.

Just an FYI. This issue was successfully resolved in the June 2020 update to AGOL.

Thanks for the update Will, that's great to hear.

This issue has reappeared in ArcGIS Online. I believe it has been present for at least the last several weeks, so it probably is not tied to the latest release of AGOL. Thanks.

Thanks for letting me know SFM Will Brewer‌ - I think we should get a case going with Esri Support to take another look at this. Let me know and I would be happy to get a case started for you and reference the previous one that we had open before the issue appeared to resolve itself. We definitely want to figure out what's going on with this. In the meantime I'll test the workflow to see if I can get a repro case to send to our development team, as well as notify them about the issue's reoccurrence.

Hi SFM Will Brewer‌ I tested this on my end and could not repro the issue - I am seeing the synced edits percolate into my read-only views. However there could be differences in our workflow: