Mysterious "There was an error" error.

I have a hosted feature layer in ArcGIS Online that accepts edits from an ArcGIS Server application.  Permissions on the feature layer are set to allow users to add and update points on a map.  This has worked fine for us until yesterday when the front end stopped displaying the points.  We get the following when the application loads in Chrome:

When I look at the data in ArcGIS Online, I get the unhelpful response "There was an error": 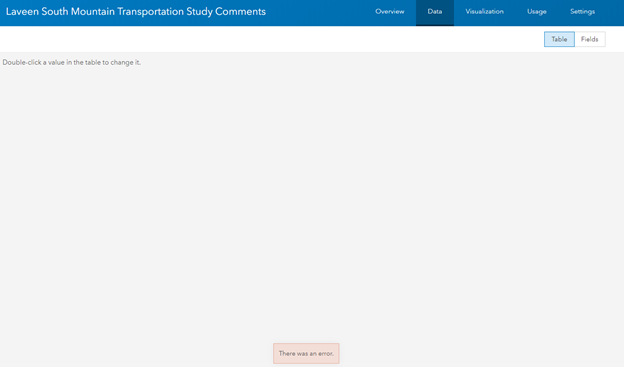 Now, I can still export the feature layer as a shapefile, download that, and open it, so there’s data there.  It's just that ArcGIS Online doesn't like something about this hosted feature layer.  Since we’re still in the initial testing phase with this application, it’s not a lot of heartburn for us to start over with a new hosted feature layer.  But I would like to know how this happened so we don’t end up in this boat again.  Thanks in advance.

Same here. What's going on ESRI? It's a very important editable layer I cannot loose for anything in this world !

Typically if you look here:  ArcGIS Online Health Dashboard   you'll see if anything is not working.  I just checked and everything seems good to go.  You may want to contact tech support and verify. 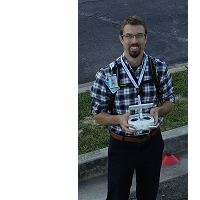 Same here.  I tried republishing and re-uploading to AGOL from REST url...no luck.

I was able to publish a couple of feature layers from ArcGIS Pro earlier today (noonish mdt) without any problem.  I wonder if I just got lucky?