Making a simple webmap app where the public can edit attributes. The final app cannot be edited - why?!

I am trying to make a very simple web app, consisting of a single layer (and basemap) where the public can edit attributes to 'claim' a survey zone for themselves. I have enabled public editing on the feature layer, set it to editing attributes only, and set the layer and webmap as shared with the public.

When I create the web app, there doesn't seem to be any option to edit the relevant attributes!? I did this successfully two years ago, and it was easy, a member of the public, upon opening the map, could simply select a survey zone of their choice where a pop-up appeared, showing the attributes, and allowing them to edit the relevant ones to claim it for themselves.

Now, the pop-up appears, but there is no option to edit the attributes. I must have missed something but I can't see what it is. Can somebody point me in the right direction? Thanks 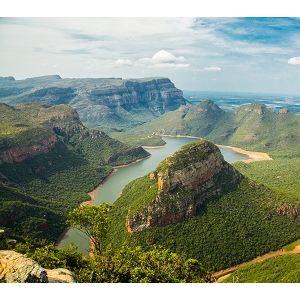 After I added this setting I was able to edit using that webapp template. 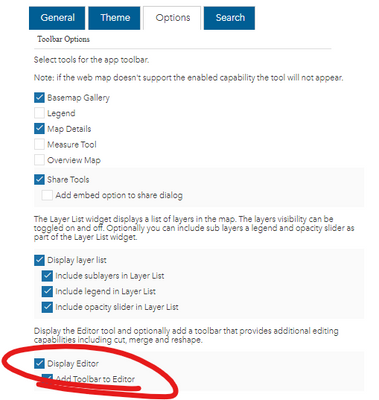 I dont think you need Add Toolbar to Editor checked 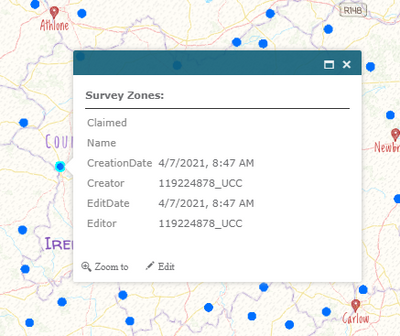 Where is the layer hosted? Did you add a feature layer to the map?

Did you allow updating of features?

The layer is hosted on my university online arcgis system. Yes, the feature layer is part of the map, and shows up in the final web app, you can select all the survey zones from the layer and view te attributes, but can't edit them.

Where do I allow the updating of features?

Go to the hosted layer page. Then find the settings on the upper right.

Scroll down to editing options. You will probably want attributes only. 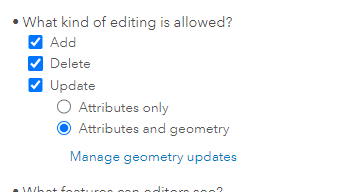 Yes, I have selected all the right options in the settings of the feature layer to allow public editing of attributes only. Still, it's not allowing for editing in the final app.

After I added this setting I was able to edit using that webapp template.

I dont think you need Add Toolbar to Editor checked

Thankyou! that has certainly made it editable. Unfortunately this certainly isn't as user friendly (especially for those using phones) as the way I had it before where you didn't have to click edit - you could just edit it as soon as the attribute box popped up without extra steps. Given that this is aimed at volunteers who may not be totally tech savvy, I wonder if there is a template which is any more user-friendly.

But thankyou again for pointing out what I had missed.

Thanks again, but the more I work with this, the less user friendly this method of editing is - in fact it's downright awful on a phone. It was so easy before using the same basic template - select, edit, done - like in this video: https://www.youtube.com/watch?v=w768Kk_Elq0&t=33s

Why did they change it!? Would you know of any easier templates?