Hello, new ArcGIS Online user here (Creators license).  I have read AGOL online documentation and watched videos but still have not been able to accomplish what I think would be a basic AGOL functionality…comparing two data layers.

With regard to output, ideally, I would like to have an attribute table that lists only the hospital locations within my desired threshold.  Another great goal would be to have an Indicator in a Dashboard that would show the total number of hospitals within the rainfall threshold (I assume this can happen easily after I have my new combined data set).

I am very confused as to which Analysis tools I should use in AGOL to accomplish my goals.  I have tried tools such as Merge Layers and Overlay Layers, Join Features, and Find Existing Locations and Derive New Locations to no avail.  Is this even possible with the two types of data layers I have described?  I’m sure I am not selecting the right analysis tools, or doing something in the wrong order or improper combination.

Any assistance would be greatly appreciated.  AGOL seems like a very powerful tool, when one knows how to use it!

You're on the right track, but being new, there can be a lot of things to learn. It is possible, though!

What you're describing is essentially a spatial filter, that is, filtering one layer by its spatial relationship to another. In desktop software, this is often referred to as "clipping". In the AGOL analysis tools, this isn't its own tool directly, but it is still doable. I'm using different layers, but I'll go through a similar process.

First, you'll need to limit the features in the rainfall layer. Click the Filter button and define an expression so that only "Marginal" features are included in the output. 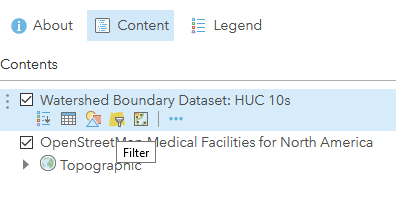 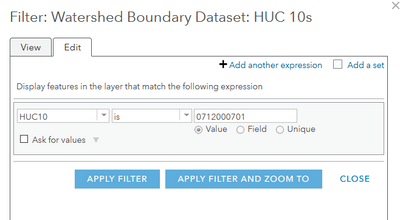 Join Features is meant for merging one layer to another based on their spatial relationship. In the case of polygons and points, their intersection can only be points, so this will essentially function similarly to "Join Features" and append the zone attributes to the points layer. 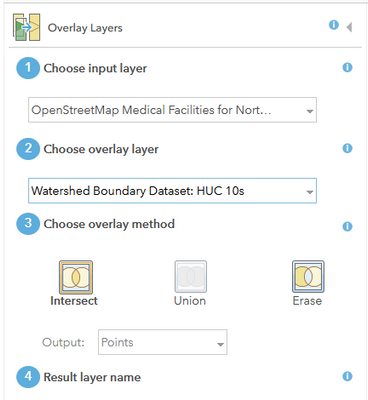 Because we filtered the input zones, the analysis only ran for that area! Do note the "Use Current Map Extent" checkbox, as that will alter the results. 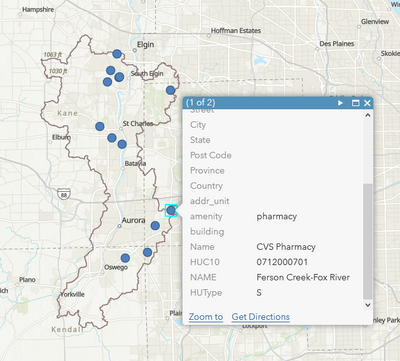 Now, if the watershed attributes didn't matter as much as the location itself did, we can just drop those fields after the analysis is done.