I work for the National Weather Service.  Our agency is broken up into domains called County Warning Areas or "CWA's" - which represent the warning area around major cities.  There are roughly 126 of these domains across the US.

I uploaded a shapefile with these "CWA" polygons to AGOL and created a hosted feature layer.  The result looks something like this: 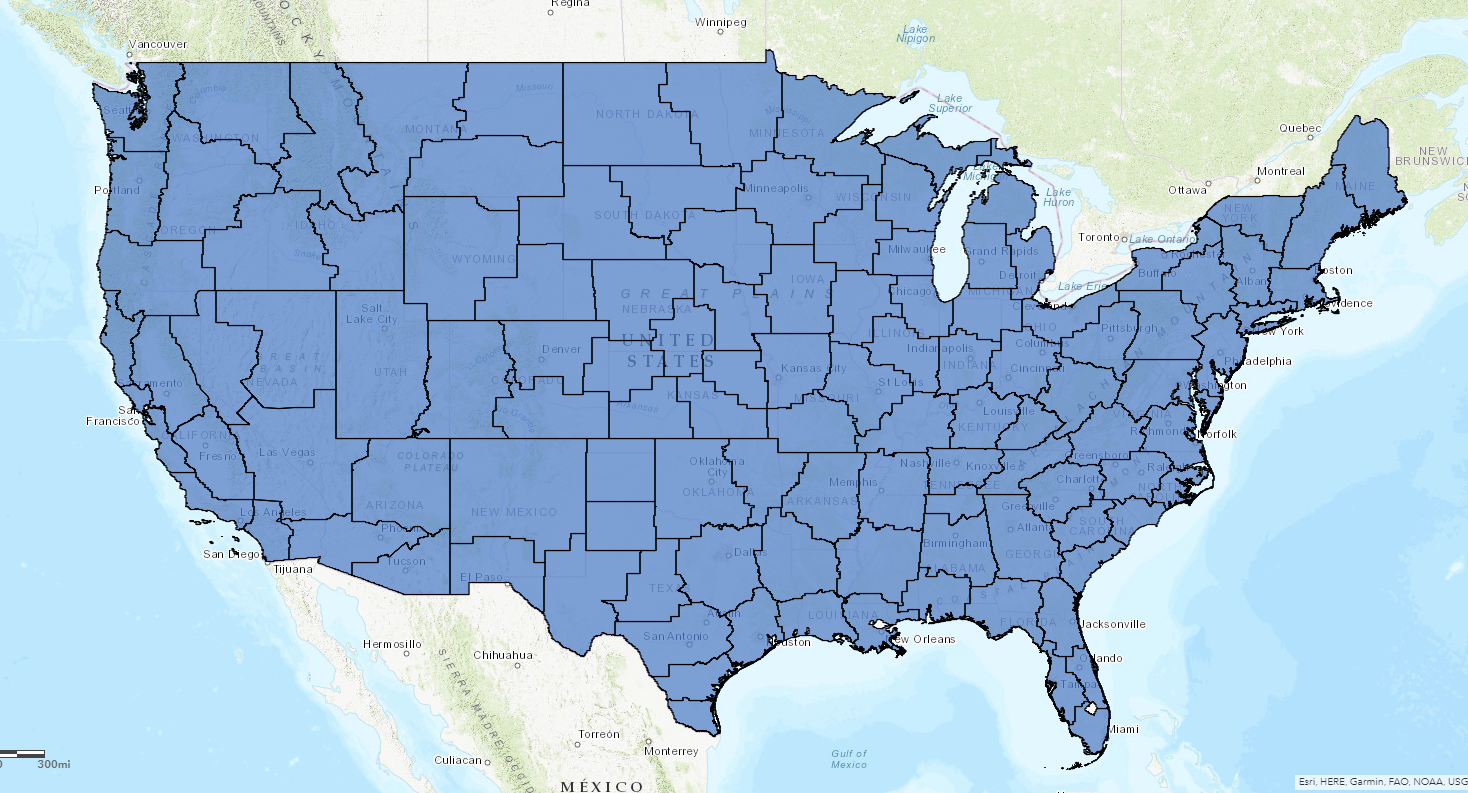 At the same time, I created a survey in Survey 123 where individuals from each of these CWAs can select an "Operating Level" on a scale from 1 to 4.  Level 4 would mean, "normal operations" and level 1 would mean, "high impact operations - all hands on deck".

The survey submissions produce a hosted feature layer.  One of the fields in the survey indicates which "CWA" the person is from.

I then used the "Join Features" analysis tool in AGOL to combine my survey results layer with my basemap of CWAs.  In theory, I could then colorize the responses so the domains turn red for the high impact days, and stay green on the low impact days.

While performing the join features analysis, I set my join operation as "one to one" and set my order to "keep the most recent record" (as an office may send two or three surveys a day).

I also selected the option to produce a new hosted feature layer from the join analysis.

Here's the problem - the map does not update dynamically when somebody submits a new survey.

When I first perform the join analysis, the map does update based on any existing survey responses, but once I add a new response, the map does not update.

What's very odd is that when I review the details of my joined feature layer, the data table DOES SHOW the new data in the table.

Here is a screen shot showing the table: 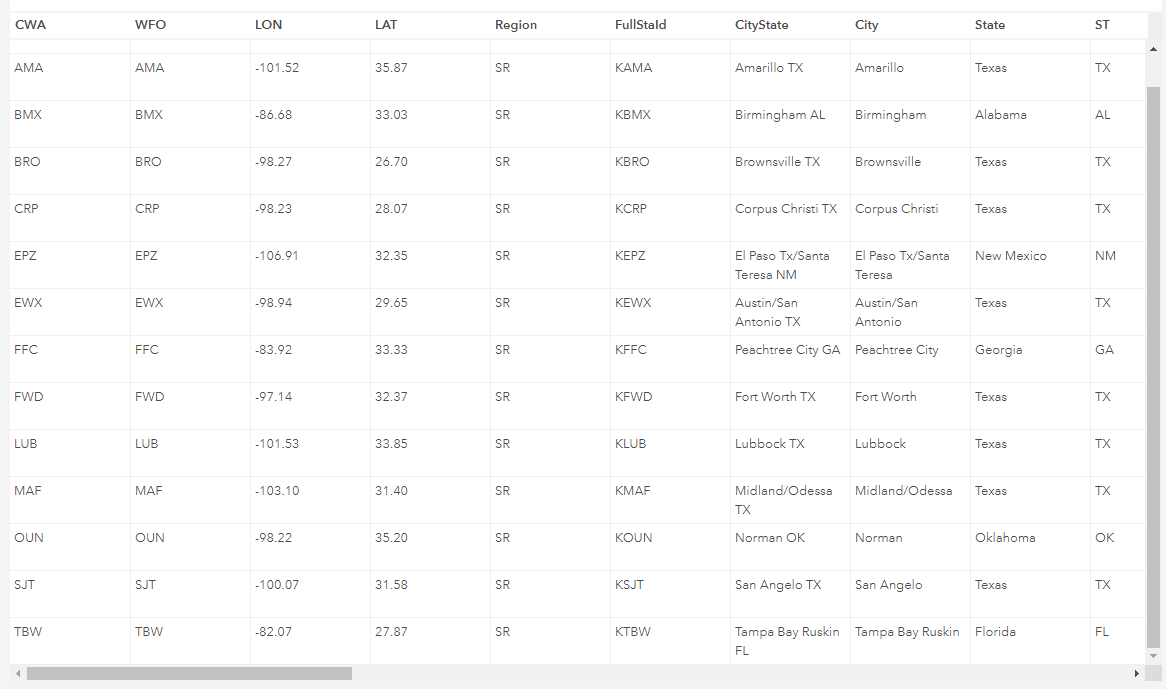 However, when you view the table within the map details, you can see two entries for "TBW" (the bottom rows), and no entries for "MAF" (4 rows from bottom): 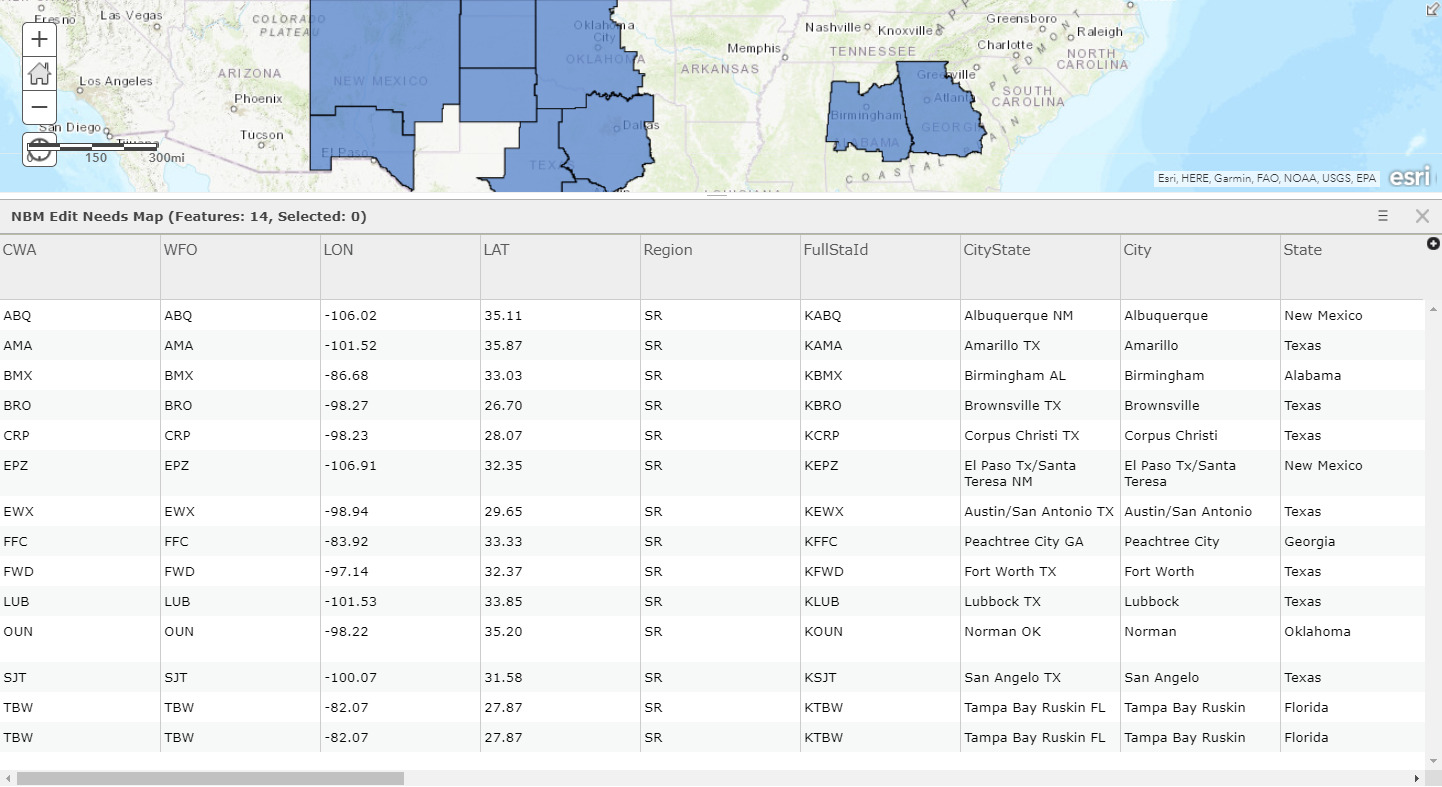 The other odd aspect of the map is that when I click on various rows, the domains that are highlighted on the map do not match the CWA value.  For instance, clicking on "TBW" should highlight an the blue shading around Tampa Bay, FL, but it instead highlights central Oklahoma.

Bottom line, there appears to be some syncing issue taking place and I would love some help